A big night of big bottles for a cause.
By Hayley Hamilton Cogill | February 3, 2015|9:30 am
Advertisement 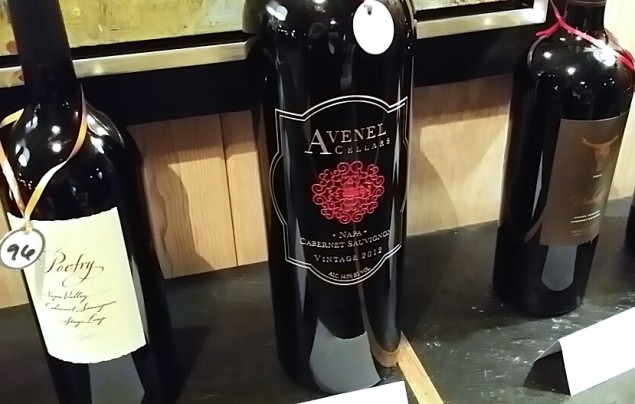 Last Thursday evening the 24th annual Côtes du Coeur International Fine Wine Auction and Celebrity Chef Dinner kicked off in the home of Jana and Mike Brosin with their Big Bottle night. In addition to this being the first of a series of events for the annual fundraiser, the night’s goal was to obtain the selection of large format, fine wines, each donated by party guests, to be featured in the Cotes du Coeur “Big Bottle Alley” silent auction. Through the sponsorships and ticket sales, the large format auction, and the impressive array of live auction items included each year, Côtes du Coeur has become the the largest fundraiser for the American Heart Association in the country.

Guests were welcomed to the large format evening by 2015 event chair, Kate Rose Marquez, an open heart surgery survivor who has personally benefited from the work and research done by AHA. While enjoying bites from Chef Tre Wilcox and wines donated by the Dean’s List, Marquez thanked her extensive team of volunteers working on the 1200+ guest event to be held at the Hilton Anatole on April 25. She also relayed some of her personal story of living with a weakened heart for the past 25 years, and thanks to careful monitoring and care has welcome three young children into the world. Kate is the poster child for the work that AHA does and their strongest prominent of the importance of research and education.

The next event in the pre-party series leading up to the April 25 gala will take place on Feb 22 at the Subzero-Wolf Bentwood of Dallas showroom where the 16 celebrity chefs for the night will be announced, led as always by the generous Chef Richard Chamberlain. More details and sponsorship opportunities for the Côtes du Coeur are available here.

The Austin-based nonprofit has expanded into three Texas cities, including Dallas, with plans to launch grant programs here in 2021.
By Rosin Saez
Food & Wine