Zoli's challenges you to finish the Mother Effer, Blind Butcher has pork pies worth a try, and Banana Nutella Rolls exist.
By  Lauryn Bodden | August 18, 2014|4:27 pm

Here are a few more things you should know about for a food news update.

Former owner of Monica’s Nueva Cocina and BEE Enchiladeria will step back into the restaurant scene as menu consultant to operating partner Jay Coates for new concept Pegaso Mexican Diner. This Mexican/Southwest Tex-Mex cuisine will open its doors tomorrow in Fort Worth. The menu will feature items like chicken tinga, carnitas, brisket, beef picadillo and fried fish with slaw and spicy mayo.

I know DFW boasts an overwhelming number of local coffee stops to get your caffeine fix, but we all hold a special place in our hearts for Starbucks’ Pumpkin Spice Latte. Time to rejoice, because they will debut this beloved creation in just two weeks.

We mentioned how Zoli’s came up with a gut-busting, triple-bypass-prone menu item dubbed the “Mother Effer” earlier this month. Well the $35 platter has turned into a challenge, as the restaurant has not yet found one individual who can finish it on his or her own. Many have tried, but can you be the first to down the four slices of New-York style slices (soppressata, Luscher’s sausage, white pie and daily feature), one slice of Grandma pie, two slices of Sicilian (cheese and soppressata), three garlic knots, three soppressata knots and a “mountain” of zucchini fries with a side of housemade jalapeno ranch and marinara sauce? I love a good competition and this is right up my alley.

For those of you who haven’t caught word (or wind?) of Blind Butcher’s new menu item, then prepare to wreck that summer bod or just not eat for the next three days. Rolling out quintessential pork pies, the kitchen produces the real deal with nutmeg, seasoned pork and gelatin wrapped in flaky, hot piecrust made with the perfection portion of lard. You can get yours served cold with a fig chutney, creamy mustard and pickled onions.

@KateWeiserChocolate finally opens up their brick-and-mortar spot tomorrow. Looks like she got the hubby to help with last minute storefront preparations this past weekend. 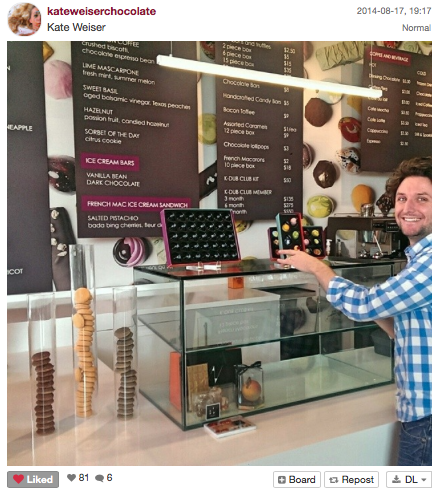 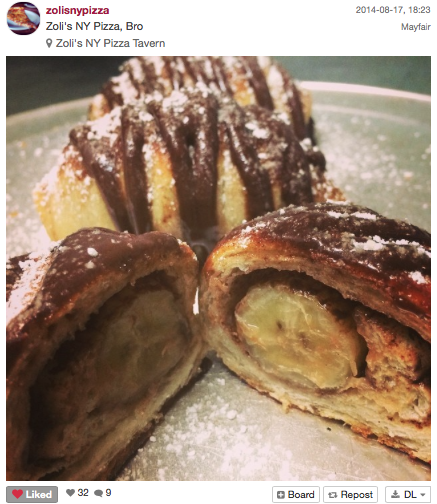 Apparently we’ve all been drinking wrong. @UptownDallas hit one of my favorite spots Standard Pour and showed us how it’s done. 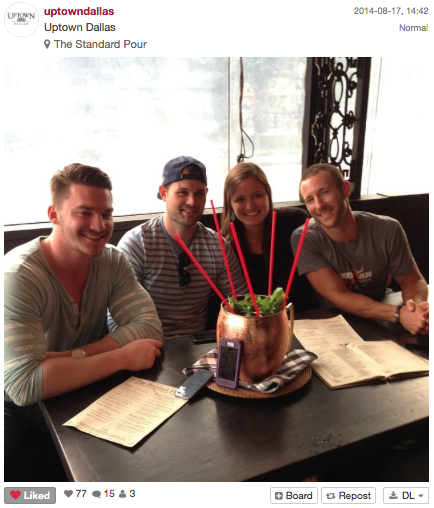 @DFWRestauantWeek captured some quality shots of prix-fixe menus across the area but nothing made my mouth water more than the butterfinger icebox pie with Oreo crust courtesy of @hibiscusdallas. 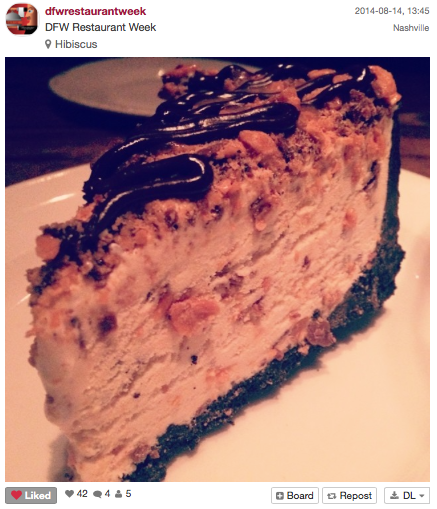 The Donut Kitchen in McKinney is now added to my radar thanks to @diningwithdeliajo for his shot of donuts and kolaches. 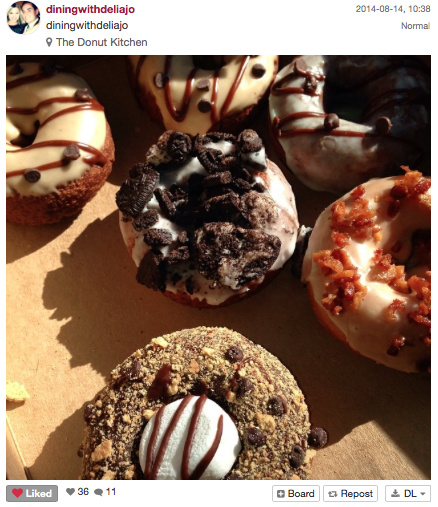 You need to follow: @TheBrunchBros
Why: This group of Bros (and gals) loves brunch just as much as every Dallas resident. However, when they hit brunch it is one epic throwdown of nonstop food, drinks and shenanigans. Stay tuned on Sundays for a major case of FOMO (Fear of missing out) as this crew dominates another location, but don’t think the party ends when carafes are empty and plates are scraped clean. They always end up moving the festivities to a second location for post-brunch. Yes, that’s a thing, and if you haven’t experienced it, they will show you how it’s done. 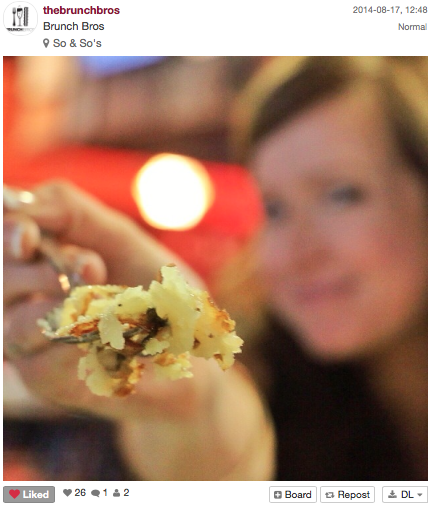