There’s nothing I love more than a buttered piece of crispy-on-top toast, covered in jam. Raspberry jam.

That extra, seedy little crunch goes a long way. Just thinking about it makes me hungry.

As many of you may know, this is my last day at D, which means it’s my last taste test. Forever. But don’t shed too many tears for me, Argentina (or Dallas); I’m going to be eating and drinking my way in San Francisco like the pudgeball that I am. Come visit, SideDishers. I’ll miss all of you. Even you, not-nice commenters. I’ll be thinking of you, too. 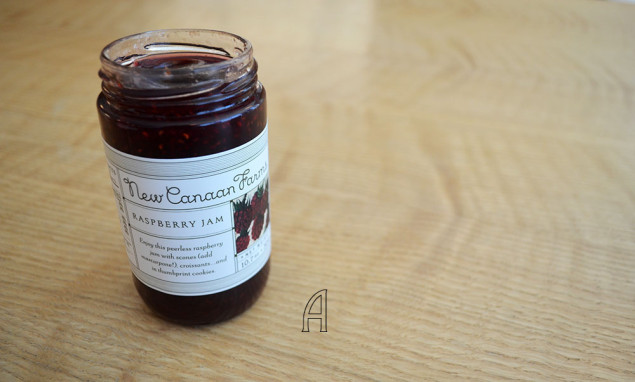 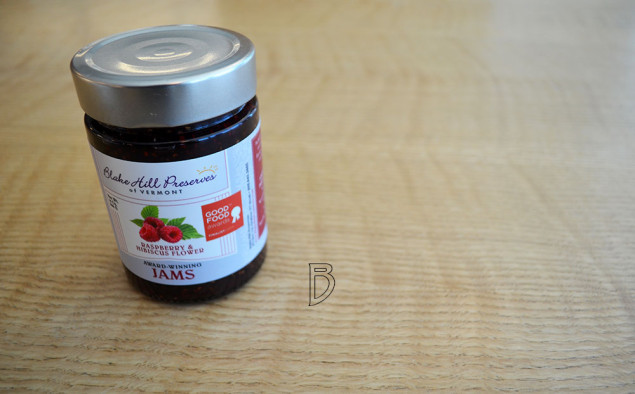 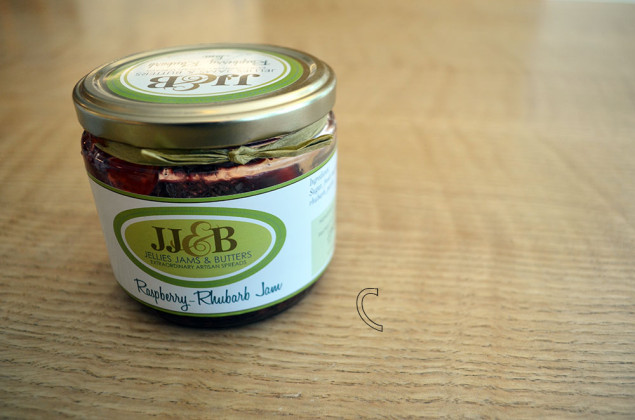 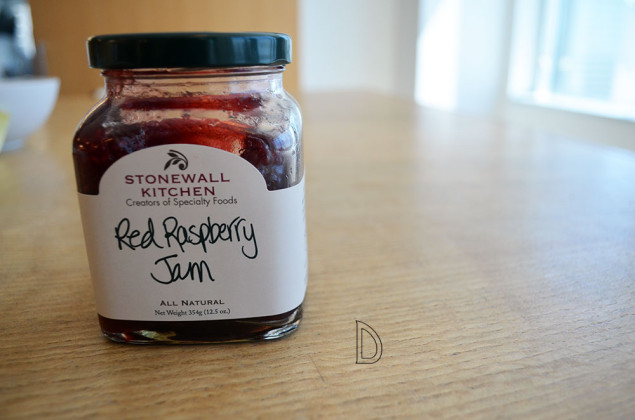 With two Texas jams and two out-of-state jam companies, I was, of course, rooting for my home state. We came out on bottom, but that doesn’t mean we lost. The spread, for the most part, was pretty good. Most people loved Stonewall Kitchen because it had this buttery, raspberry, super-traditional fruit taste. It was chunky, but not too chunky. It had just the right amount of seeds.

I’m surprised Blake Hill did better than JJ&B, just because it tasted like maple syrup and had too-smooth of a consistency. I didn’t like it. Its texture was flat. Like syrup, as I said.

JJ&B, on the other hand, is the one local brand in the mix, and it had a more mild raspberry sweetness mixed with rhubarb. They were almost like rhubarb gushers. Someone described it as ‘tofu chunks.’ It was the lightest in color, had the most watery pooling, but I still loved it. I’m a huge fan of Kathy Neumuller, a Dallas recruiter-turned-jam-maker. Then again, how can I not love a woman who offers me goodbye jam as a going-away present? Go love her back and visit her stall at the White Rock Local Market.

It’s been a good run, taste test readers. I’m off.

THE MOST SMUCKERS-Y ONE: New Canaan
THE MOST RHUBARB-Y: JJ&B
THE MOST SYRUPY SWEET: Blake Hill
THE JAMMIEST JAM: Stonewall Kitchen