Enjoy unlimited access to all of our incredible journalism, in print and digital.
Subscribe Now
Advertisement
Festivals 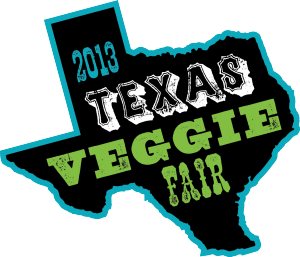 For those of you who don’t have good longterm memories, the Texas Veggie Fair has always been a fun little shindig for fried-food-ists who don’t eat meat. This is its fourth year serving up vegetarian and vegan cuisine.

But now this festival is getting big. REAL BIG. So big that Grammy Award-winning Erykah Badu will be there from 11 a.m. to 6 p.m. on Sunday, October 20, 2013 at Reverchon Park.

That’s right. Apparently, Badu is a vegan herself and she’ll be talking about her eating style and singing for a live audience at the fair.

Extra exciting news: The veggie festival, a family friendly affair, will also have a beer garden with local craft beers for the first time. More vendors (like Spiral Diner) and more food trucks (like Good Karma Kitchen) will be there, so mark this event in your calendar now.

Oh, and it’s free. (But donations are suggested.)

Get a front row seat to the best shows, arts, and things to do across North Texas. Never miss a beat.
2013 Dallas Texas State Veggie Fair Vegan Vegetarian
Advertisement