I Know What DISD Did This Summer

Superintendents are coming and going, and a lawsuit could make for good popcorn munching
By  Eric Celeste | August 4, 2015|3:20 pm
Advertisement 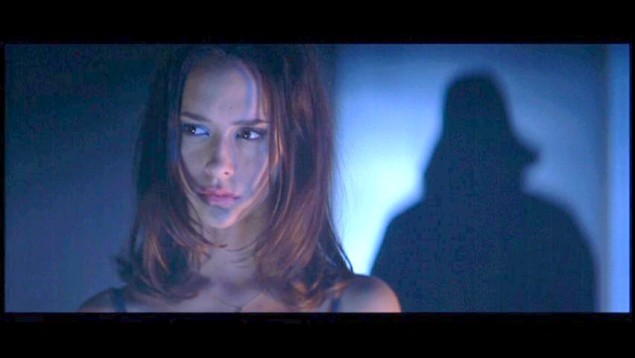 School is back in session, so we should take a moment to review what happened while everyone was away on summer vaca—

Wait, what? Oh, school is back in for top charter schools in the area, not for public school systems like DISD. But I thought that state Rep. Rafael Anchia was going to pass a bunch of public school reforms in light of Dallas’ home rule committee’s six-month gas-passing exercise. And I thought one of those reforms was starting school earlier, so that poor public school kids could better compete with others who have more time in class, like charter and private school kids.

Oh that’s right! Anchia had to remove the early start-date provision from his bill after the powerful Texas Travel Industry Association lobby made clear it would work to kill the bill if it included an earlier start date. Gotta suck those poor parents a little drier during their August road trips to Sea World and Schlitterbahn! And if it screws poor kids, so what? They’re already screwed. Thanks, TTIA!

Anyway, let’s go ahead and pretend school has started since a) DISD school board is back in session this week, and b) we need to get some catching up out of the way before we dive into that barrel of fun. Here then is our first class exercise of the new school year: What DISD did this summer.

You might have heard that Mike Miles resigned. In fact, if you follow this blog, there is a 100 percent chance you heard this. What you don’t know is a) why he resigned, and b) what this means for you, a person interested in public education.

Miles resigned because he was tired of fighting. Plain and simple. The cracks in his resolve began to appear a year ago. A reporter – not one who covers education – sidled up to him at a public event and started chatting, catching him off-guard. He was further caught off-guard when this reporter told him, “I can’t believe you can work without seeing your wife and kids.” (His wife and son live in Colorado.) He admitted to her, “We’ve been talking about that. It’s very hard.”

Understand, Miles NEVER talked about family at work. Then, just a few months before he resigned, he confided to one of his staff that he was missing his family, and he wondered if battling the status quo was still worth it given that. This took the staffer by surprise, because up until that point, Miles had always suggested he would continue battling no matter what.

What specifically sent him over the edge? Hard to say. It may have been the battle to keep Tonya Sadler Grayson. (More on that in a moment.) It may have been the bond fight that the city could have in November – a bond that is needed for his reforms to take root, and one that would have become more about HIM that about the what the funds would have paid for. Whatever it was, it’s clear that Miles decided he needed to move on. That’s when he approached the moderate pro-reform trustees, Dan Micciche and Eric Cowan, with his demands for his contract to be altered. (Lew Blackburn is also a moderate on the board, but his public statements put him as more of a moderate status-quo-er. I assume that, even though he gets most of the credit for negotiating the compromise that kept Miles here in May, Blackburn was more than fine with a Miles exit.)

Ignore the demands. The merit of the proposals themselves – things like, “the board must follow its own rules” – aren’t what is important. It was the act of altering his contract that made the two swing voters balk. Because Micciche and Cowan, who had just taken very public heat to vote NOT to fire Miles a month earlier, were not going to do so again. And such a vote is exactly what would have happened. They knew that if they brought the Supe’s contract up for discussion, Joyce Foreman would have her opening to propose the board terminate his contract. Another grandstanding display would have ensued. They were of course never going to go through that again so quickly.

Miles knew this. He put Cowan and Micciche in a situation where they had to say no. Which gave him all the reason he needed to quit.

What does this mean? Well, it means we’ve got at least two more days of détente between the status quo and reformers. It means administration types are glad that they’ve had at least a few weeks where they didn’t feel as though they were dying by a thousand cuts. It means administration chiefs worry that momentum on getting their reforms in place will slow dramatically. It means the status quo has to find another bogeyman.

Michael Hinojosa is back. It’s so great to finally have in charge someone who is a leader, who is kind, who respects everyone. Never mind that the board hired Miles three years ago with a charge to make everything better than the way Hinojosa left it – he’s likeable!

I’m giving stick here to those who see his arrival as some sort of panacea simply because he’s a better politician than Miles, but I don’t discount the honeymoon effect. There WAS a sigh of relief at 3700 Ross. And that’s from folks who, contrary to what you read, fully supported Miles and respected him for his commitment to reform and excellence. It’s just that bureaucrats aren’t built to fight demagogues like Joyce Foreman and Bernadette Nutall, so having someone who pledged to work with those trustees made everyone feel as though they could take a breath again.

And, look, it’s okay to be hopeful. The first time Nutall saw Hinojosa after he returned to work, she hugged him. “I’m so sorry for the way I treated you,” she told him. What was she talking about? When Hinojosa had the job before, Nutall used to barge into his office without an appointment, telling him what she wanted from him, letting him know the consequences if she didn’t get what she asked. Hinojosa, I’m told, made it clear that all is forgiven. In fact, they’ve been talking often leading up to the first board meeting of the year this Thursday.

I don’t want to diminish how important that is. Getting along with people who can derail your agenda – finding avenues of compromise – that’s crucial. It’s good to see. It is also the sort of thing the “build-it-up” person can do.

Who is the “build-it-up” person? About 18 months ago, I was talking to a longtime city leader. He put it to me this way: “Miles is the turnaround guy. He’s the burn-it-down guy. Every turnaround in a huge organization needs that guy. He comes in, gets rid of all the people and the legacy programs no one has the balls to get rid of. In the process, he infuriates everyone who has something to lose if things change. That person never lasts, but he paves the way for the build-it-up guy. THAT guy comes in, says he’ll rebuild, everyone breathes a sigh of relief. The only question is, Does he rebuild it in a new, exciting way? Or does he rebuild it to look exactly the same as it was before?”

I told you guys more than a year ago this was coming. I told you that Nutall had targeted Grayson and was going to do everything she could to get her fired, because the HR department where Grayson worked was (is?) Nutall’s playground. Now, maybe I lucked out. Maybe I just got incredibly lucky and picked the one employee out of 20,000-plus DISD employees who HAPPENED to become the touchstone between the status quo and the reformers. Such coincidences do occur. People win the lottery twice.

I don’t think so, though. I think getting rid of Grayson was a calculated effort using investigators still loyal to a former boss who was let go last year. And even though many Miles supporters in the administration supported getting rid of her – “the daily news stories about her weren’t going away, and it was making it impossible to do our job,” one told me – that doesn’t mean it was justified. Jim Schutze already laid out the case better than I could as to why.

That said, we haven’t heard the last from Grayson, I suspect. I know DISD’s lawyers feel like they’re going to be hearing from her lawyer very soon. And I wonder if said lawyers wouldn’t suggest a settlement, given what a deposition would reveal about what was said about Grayson by status quo trustees in closed session and behind closed doors. This is something to watch, my friends.

Those are the major story lines from the past two months. Tomorrow, I’ll preview the big stories likely to come from Thursday’s meeting, and the big issues that will define Hinojosa’s tenure – however long that will be.

You read it on FrontBurner first.
By  Tim Rogers
Summer Fiction

Short (very short) stories from a dozen local authors that explores the shady side of the season.
By  Zac Crain
Education