So ignore what Brett Shipp or Joyce Foreman try to tell you
By Eric Celeste | August 6, 2015|2:28 pm
Advertisement 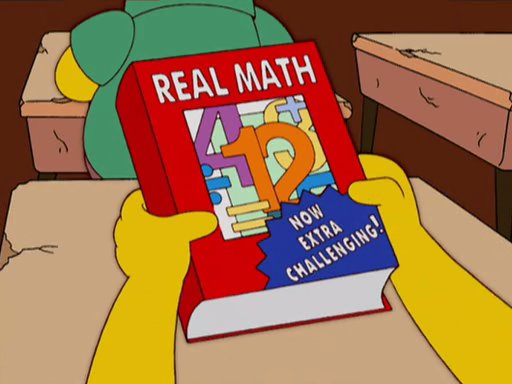 Late last night/early this morning, I listened to this KERA interview with two DISD trustees and the AFT president.

I won’t comment on the particulars of it except to say that host Kris Boyd is, as always, fantastic. That’s because it would just result in my ranting for 2K words, and we’ll get enough of that over the next few months. But I did want to point out that both trustees casually misstated the current DISD budget. One said it was “a billion-dollar budget,” the other quoted $1.6 billion. This is not a surprise, since often the local newspaper misstates just how big the budget of the district is. In particular, I’m going to try to clear up some problems in this story about the budget, because it’s the sort of thing we should get right.

Recall that in a marathon meeting earlier this summer, trustees approved a budget that included $1.866 billion in spending for the 2015-2016 school year. This represents $11,537 in spending per student, from a combination of local property taxes, state funding (largely sales taxes), and federal funds.

Spending is up from what was budgeted last year by about $80 million. A small amount of the increase in projected spending can be attributed to increased enrollment – 234 extra students are projected in this year’s numbers vs last. But even on a per pupil basis, spending is still up (it was $11,061 per student last year). Part of the increase can be attributed to larger debt service payments, as the district continues to use gains in local property values to pay down debt faster than in year’s past. But the bulk can be attributed to increases in per pupil education funding allowed by the state legislature.

Tax rates under the budget would stay the same, at $1.28 per $100 of assessed value, keeping it the third lowest in Dallas County and one of the lowest rates in North Texas. The optional, additional homestead exemption offered by DISD remains in place. In Dallas County, similar exemptions are only offered in Richardson and Highland Park school districts.

As in prior years, budgeted expenditures are projected to match revenues to the penny. But in recent years, actual spending has been LOWER than budgeted projections, causing budget surpluses. It’s terribly difficult for the Brett Shipps and Joyce Foremans to understand, but DISD demonstrated enormous fiscal austerity the past few years. The most recent year is no exception, as actual spending is currently on target to come in under budget by $30 million according to remarks from the district CFO during that meeting. The primary reason appears to be the district’s continued inability to fill every vacant position, but enrollment also came in under projections last year. With the large increases in fund balance accumulated in recent years, the board voted earlier in the year to take $43 million on a one-time basis to use for high priority school renovation and expansion projects, bringing the fund balance down by $13 million this year, the first reduction since 2008.

Under the new budget, the district will re-open four schools previously closed to save money. But the schools have been repurposed with a specific academic focus and to allow students from anywhere in Dallas ISD to enroll in them. This represents a major strategic expansion of choice for a district where the bulk of the schools allow enrollment only by neighborhood.

The budget also includes funding for the new Teacher Excellence Initiative, which pays teachers a salary based on their performance appraisals rather than their years of service. (The AFT prez talked about how unfair this merit-based appraisal system is because it doesn’t take years of service into account. It makes me nuts. But I said I wouldn’t get into it right now. Deeeep breath.) In a budget where about half of all spending is on teacher salaries, this represents a major change from prior years with major budget implications. But there is only a very slight increase in overall spending on salaries.

In the past few years, the district has been increasing expenditures on early childhood education, and this budget continues that trend with both pre-K teachers and increased facilities expenditures planned.

Trustees adopted the budget in the wee hours of the morning, before their final 3:17 a.m. adjournment. Which is why you might not remember it. But now that we’re about to move into a November bond election — more on that tomorrow — your demogogues and status quo types will be throwing around b.s. budget numbers and misstating the district’s financial position again. Now you should be up to speed and better able to ignore those worth ignoring.

Vote for Your Hometown Magazine in a National Competition

The March 10 event will focus on workforce pipeline initiatives—where they're headed and what it means for the North Texas business community.
By Will Maddox
D Magazine Directories