A Proposal for the Haters: Why Don’t You Take Over a School?

If they think they can run a school better than Miles can, they should try
By Eric Celeste | November 3, 2014|11:48 am
Advertisement 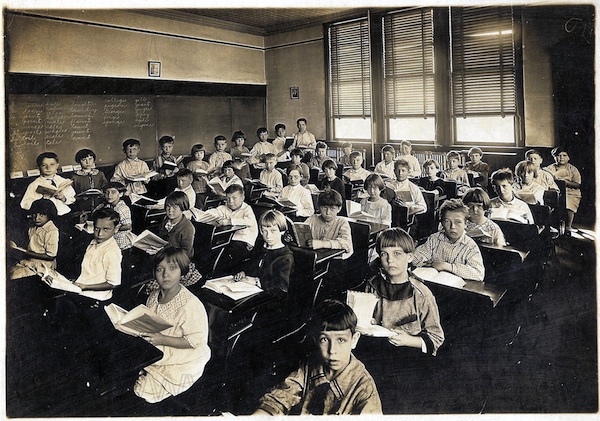 I’m pretty concerned by the most recent it’s-all-about-me-not-kids move by Dallas ISD trustee Bernadette Nutall. I’m worried because reading between tea leaves tells me that a) Nutall isn’t getting the reaction she wants from the board in response to the Dade incident, and that means b) she’s going to continue being as destructive as possible in her attempts to get Mike Miles to leave the district. And let’s face it: She does almost nothing well when it comes to being a trustee, but she is a SPECTACULAR destructive force. I’m worried that Miles just might decide he’s had enough and leave.

Regardless your complaints with Miles — and I think current ones about implementation and oversight of TEI are very legitimate — that would be horrible for the district. If we once again allow status-quo ward-heelers to win the day, we set reform efforts back another decade. There are big implementation problems Miles is currently undergoing with his reforms, difficult details concerning both style and substance that need to be addressed. But if we blow all this up now to suit the Miles haters … the thought depresses me.

But this latest news from Crazytown did give me an idea.

I know that there are a lot of people out there who hate Miles and his reforms. Most of those people don’t really seem to have any ideas of what they think the schools should be doing. At least, they certainly don’t put forth any ideas. All they ever really say is “no” to Miles. Apparently, we’re to believe they could do it better.

So how about they put their money where their mouths are: Why don’t they take over a campus or two in DISD? There’s such a thing as an in-district charter. This is basically an agreement made between the district and somebody else that would control a campus that spells out the authority of those at the campus and funds the campus at an appropriate level on a per student basis. That somebody else could be an individual principal. It could be an outside non-profit organization. It could be a teachers union. Really, it could be anybody or any group that gets approved.

This brings us to the important point. To get this done, somebody has to step up and do a lot of work to negotiate the deal. And then they have to get the approval of a majority of the board. A board that has squarely backed Miles, a board that undoubtedly wants to remain in control of all the campuses in DISD.

That said: This is ALSO a board that has several members who have expressed support for this idea in the past. Such an effort would take place within the context of Miles’ substantial school choice initiative. He is on record as saying he welcomes proposals from people to take over schools.

This brings me back to all the Miles-haters out there. If they think they can really do it better, why don’t they step up? Why don’t they say, “You know what? We’re so sure we can do this better than Miles, we’ll take over a campus and prove it.” They could apply to the district’s choice school initiative.

Or they could demonstrate even more leadership and propose a full campus takeover. Dade is the site of much controversy. Think you can manage Dade better than Miles? Propose an in-district charter agreement for Dade directly to the board of trustees. I bet that as long as your charter agreement has language that requires performance to improve, you wouldn’t get summarily dismissed.

Think Dade is too controversial? Fine, pick any one of a number of struggling campuses. Pease and Blanton have some of the lowest passing percentages of any elementary school in DISD. Take one of them over. Propose an in-district charter. See if you can actually run it better than Miles.

I’m not optimistic any of the Miles haters will do this. Charter schools as a concept were initially proposed BY teachers unions, as a way for teachers to set up innovative schools where the teachers really called the shots. They’ve been around for more than 20 years, and local AFT has never offered to actually lead one. The parade of haters that follow Juanita Wallace around haven’t stepped up either – although, they can’t produce a grammatically correct flyer, so I’m not sure I want them running a school. Regardless, it’s clear that it’s much easier just yelling from the cheap seats than it is actually trying to do something positive for kids. That’s what these people do. But if they really want to help kids, they can certainly prove it if they want to. If they did so, I would honestly wish them tremendous success.

The school will be named for a longtime booster of Fort Worth as it graduates its first class of medical students.
By Will Maddox
D Magazine Directories