Miles’ Contract Extension Was the Right Move For DISD’s Board 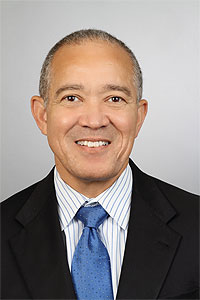 Some quick thoughts on the 10-hour board meeting that saw Mike Miles get no raise, a two-year extension, and the chance to consult for money that will go to a nonprofit that raises money for DISD.

• First, I can’t argue with anything in this editorial, which praises the board for voting 7-2 to extend Miles’ contract. Well done.

• The board meeting went so long in closed session (9ish hours) because at least four board members wanted to wait until Miles’ evaluation, scheduled for August-September, was concluded. This makes sense on its face, but in reality was not a good enough reason to put off discussing his contract. For one thing, the DISD lawyer made clear that the board could do his evaluation at any time. Why? Because the board had made an amendment to Miles’ contract that took away the specific date such a contract evaluation could take place. The board did that when several of its members were trying to fire Miles. They wanted the freedom to do that at any time. Can you say BACKFIRE? Because it also means the board can extend his contract at any time. Oopsie. Besides, the original date for the evaluation was in June, because back then, when everyone on the board was playing nice, it scheduled an eval early enough so that everyone could know if the superintendent was coming back well before school started. AND the board allowed Miles about three hours in closed session to present the data they said they needed to wait on. All the ani-Miles arguments eventually fell by the wayside. So the only thing that needs to happen when Miles is evaluated in August-September is that trustees can add their subjective comments on Miles’ performance. (Which would be fun to read.)

• I would have lost another bet with assembled media if KERA’s Bill Zeeble would have taken it. I wanted to put money down that Miles would get at least a token raise in base salary. I would have lost. (Some day, Zeeble will realize that my betting confidence does not equal betting skill.)

• The point was made — and my understanding is most on the board agree with this — that the consulting deal is good for DISD because Miles can pimp the district around the country. This is not just hot air. TEI is getting a lot of attention in education circles, and Miles will be in demand to discuss how it was put together and how it’s being implemented.

• Read this study — Superintendent_Leadership — because it makes two important points germane to this situation:

If superintendent tenure and board support for Miles’ goals are both furthered by 10 hours of meeting, then it was time well spent.

Dallas’ most important news stories of the week, delivered to your inbox each Sunday.
Bill Zeeble Board Governance Mike Miles Miles' Contract

You read it on FrontBurner first.
By  Tim Rogers
Local News

"A riot is the language of the unheard." –Dr. Martin Luther King Jr.
By  Tim Rogers
Heroes