Granite Properties has kicked off construction in Plano for a 420,000-square-foot, 19-story office tower. It will be the tallest building in Granite Park, a 90-acre, mixed-use project at the southeast corner of State Highway 121 and the Dallas North Tollway.

Granite Park Six was designed by BOKA Powell, with interiors by HKS Architects. Austin Commercial will serve as general contractor.

The tower, which will be available for occupancy in 2023, has already secured Stonebriar Commercial Finance as a tenant, with the company committing to a two floor, 52,000-square-foot lease.The financial services firm, which has a balance sheet of more than $3.75 billion, will relocate from Granite Park Three.

Redbird Oaks, a 39,028-square-foot retail center at 7320 S. Cockrell Hill Road, has been acquired by a Plano-based investor. The seller was SEC Redbird Cockrell Hill. Taylor Black, Kevin Butkus, and Derek Schuster with Weitzman handled negotiations for the seller.

Strive has sold a 19,103-square-foot Custer Ridge in McKinney located on Custer Road. Hudson Lambert of Strive exclusively represented the seller, a local Dallas developer, and cooperated with an outside broker to source the buyer, also a local Texas investor.

A 2,852-square-foot freestanding restaurant building located at 1608 Handley Drive near the intersection with E. Loop 820, was acquired by a Dallas-based LLC. Taylor Black and Kevin Butkus with Weitzman handled negotiations for the seller, a Pennsylvania-based LLC.

CBRE has arranged the sale of Kennington Commercial‘s nine-building Class B industrial portfolio, located in Addison and Carrollton, totaling 300,437 square feet. Birtcher Anderson & Davis and Belay Investment Group purchased the portfolio as a joint venture from Kennington Commercial for an undisclosed price. Randy Baird, Jonathan Bryan, Ryan Thornton, and Eliza Bachhuber with CBRE arranged the transaction on behalf of the seller.

Properties included in the sale were:

Lee & Associates has completed a lease transaction for a 13,665-square- foot industrial space at 3310 Matrix Drive in Richardson. Brett Lewis and George Tanghongs of Lee & Associates Dallas-Fort Worth represented the tenant, Corporate Magic. The landlord is Exeter property group. 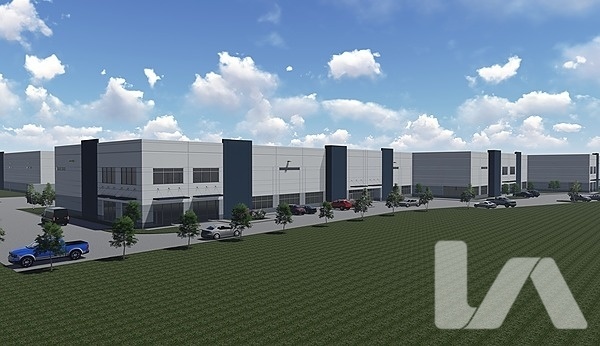 A Dallas-based LLC has acquired a 9,869-square-foot freestanding single-story office building on approximately .9 acres located at 9262 Forest Lane near its intersection with IH-635. David Zoller with Weitzman handled negotiations for the seller, a Texas-based investment group. The purchaser was represented by Veronica Attlee with Attlee Realty.