Dallas-Fort Worth is growing rapidly, and as engineers, it’s our job to make sure infrastructure keeps up with that growth. DFW currently has more than 7.6 million residents and is projected to grow to 11.2 million residents by 2045, according to North Central Texas Council of Governments’ Mobility 2045 Plan. 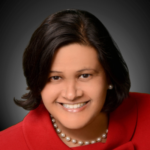 Transit systems have played a critical role in connecting communities and developing urban spaces. Locally, organizations like Dallas Area Rapid Transit (DART), Trinity Metro, and Denton County Transportation Authority (DCTA) have built transit systems that foster urban development and generate economic growth for the region. According to a University of North Texas study, construction activity within a quarter-mile of DART rail stations resulted in significant economic impact from 2016-2018. Projects in all phases, including planned, under construction and completed, resulted in over $5.14 billion in direct spending, yielding an economic impact of $10.27 billion. Construction led to 29,985 DFW jobs, generating $3.9 billion in labor income and $286 million in state and local taxes.

With population growth outpacing the development of infrastructure, more experts suggest going underground as we double down on environmentally friendly projects to reduce our carbon footprint. It’s estimated that by 2030, 60 percent of the world’s population will reside in urban areas, and more than 100 cities will have populations of over 5 million residents.

The primary purpose of the D2 Subway project is to add long-term passenger carrying capacity, operational flexibility, and reliability, all necessary for the thousands of riders who use DART to get to work and school every day. Even though daily ridership has decreased by approximately 50 percent because of the pandemic, transit systems continue to provide a lifeline for essential workers and those with mobility challenges. While commuting patterns are changing because of remote work, it’s anticipated ridership will return to pre-pandemic level within 1-2 years and transit-oriented development will continue to be a strong economic driver, especially with our projected population growth.

In the new book “Underground Cities,” AECOM experts offer a global, multidisciplinary, and multi-dimensional exploration of the largely untapped resource of the subsurface of our cities as communities and cities face increasing competition for limited physical space and attempt to balance out the priorities of human-scale cities and critical infrastructure. Our underground research and tunneling work overseas have given us a “lessons learned” playbook, showcasing how subsurface development can lead to natural disaster protection, thermal isolation, less congestion, and noise reduction. When parking, transportation, and utility storage go underground, mixed-use residential, commercial, and recreational projects, including parks and green spaces, can develop. Mixed-use development and affordable housing are vital, so new or extended transit systems minimize the displacement of residents.

While underground development is complex, Dallas is embracing the innovation as it works on DART D2, more deck parks and potentially moving Interstate 345 underground. With the predicted population growth and limited availability of land, efficient use of underground space can be a solution as urban planners promote sustainable development in the future.

Dev Rastogi is the Dallas Executive at AECOM.