Once fully built out, this district will be 35 acres of the 242-acre development. 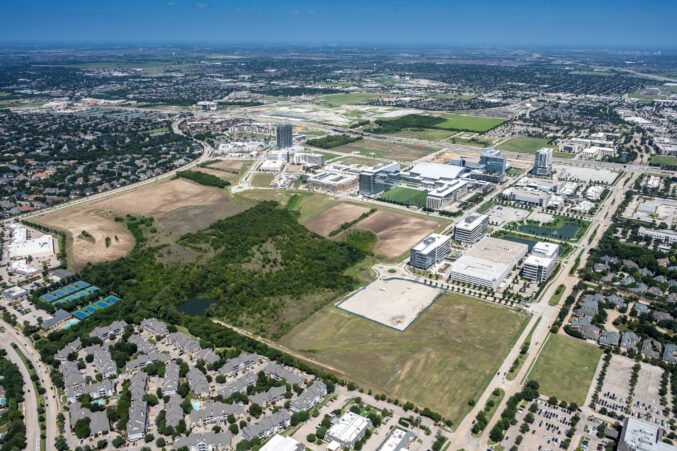 “With Cambridge joining our team, we are reaching the full potential of Frisco Station as a globally recognized Smart, Creative, and Healthy mixed-use neighborhood,” said Trey Sibley, general manager of The Rudman Partnership. “As a well-known powerhouse, Cambridge brings the most innovative approaches to health and wellness-related development. We couldn’t be more pleased to have them join us as we execute what’s considered to be the crown jewel of the project – the place where residents and visitors can experience ways to live healthier, more active and longer lives.”

A result of a prominent partnership between Rudman, Hillwood, and VanTrust Real Estate, Frisco Station Partners has delivered 650,000 square feet of office space, 955 units of multifamily housing, 450 hotel rooms and six acres of a programmed park system since launching the project in 2015.

Quality Custom Distribution renewed and expanded its 25,773-square-foot lease at 2801 Network Blvd in Frisco. Transwestern’s Billy Gannon represented the tenant in the transaction, alongside Chon Kantikovit with Cushman & Wakefield.

The sale of 600 E. Las Colinas Blvd. office tower is one of the largest of an estimated 14.6 million square feet of office space traded across Dallas-Fort Worth this year. Dominus Commercial, Inc. partnered with Convergent Capital Partners and Third Lake Capital to acquire the 512,269-square-foot 22-story property headquartered by JPI Companies. The new ownership group has plans for a $20 million renovation, said Stephen LaMure, president and CEO of Dominus Commercial. The building sits on almost 5 acres. The high-rise was built in 1982 and is valued for property taxes at more than $8 million.

A Richardson-based real estate investment group has acquired a 73,872-square-foot freestanding retail building on 9.2 acres located at 3677 W. Emporium Circle near its intersection with Childress Avenue, for use as showroom and warehouse space for wholesale nail salon supplies. Cameron Mai with Weitzman handled negotiations for the purchaser. Mason Bishop with Transwestern represented the seller, a Houston-based investment partnership. The location formerly housed an Academy Sports & Outdoors sporting goods superstore and is in the Town East Mall regional retail district.

Recovering Christianity signed a new 7,170 square foot lease at 451 University in Fort Worth. Transwestern’s Grant Huff represented the tenant in the transaction.