We have seen a steady increase in activity throughout the first half of the year as companies begin to commit to longer-term leases and return to the workplace. 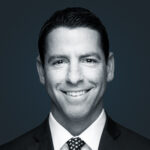 After improving every month in Q1 2021, U.S. tour activity in March, April, May, and June ranged between 80 and 90 percent of pre-pandemic levels, according to new data from Cushman & Wakefield. Q2 2021 marked a continuation of DFW’s recovery, and the long-term outlook for the region remains positive, especially compared to other large U.S. metro areas.

Though still below pre-pandemic levels, the 2.5 million square feet (MSF) of leasing activity transacted in Q2 2021 was nearly 5 percent higher than Q2 2020. Looking ahead to the back half of the year, we anticipate a continued uptick in leasing activity and occupancy.

Despite market conditions, landlords have not lowered asking rates, instead offering competitive concession packages which include free rent and additional tenant improvement dollars. Asking rates in Q2 2021 actually increased slightly year-over-year to $26.51 per square foot (PSF.) As expected, Class A, which makes up 59 percent of all inventory in DFW, registered the highest average asking rate, rising to $31.27 per square foot.

While deliveries in 2020 and Q1 2021 fell short of historical averages, 1.2 MSF of new inventory was delivered in the second quarter, 50.1 percent of which was preleased. The construction pipeline in DFW remains robust, with 4.6 MSF to be completed over the next 24 months.

Dallas continues to experience significant population growth as companies relocate or open additional offices in the area. DFW’s population increased by 91,331 people year-over-year (YOY) and by 27,863 in Q2 alone, continuing a long population growth trend. As of June 2021, the population reached a new high of over 7.8 million residents.

Fortune 1000 firms’ headquarters shifted towards the Sunbelt and Mountain regions in the past decade, and corporations continued to maintain a strong presence Texas, which ranks No. 2 for corporate headquarters. Between 2019 and Q1 2021, 78 large corporates announced HQ moves, of which 68 are interstate. More than half of these announcements are leaving California, with 55 percent relocating to Texas.

With positive fundamentals, strong population growth and a pro-business environment, the second half of the year is expected to bring continued improvement to the office market.

Is it Time To Return to the Office?