Industrial giant AECOM is moving its headquarters from Los Angeles to Dallas. The firm’s CEO Troy Rudd and select corporate leaders will move into the company’s existing Dallas office at 13355 Noel Road, where more than 1,200 AECOM professionals work. The engineering firm has 47,000 employees worldwide, and its professional services business had revenue of $13.2 billion in 2020. AECOM is the sixth Fortune 500 company to relocate its headquarters to DFW in the past six years.

The engineering firm already has several projects in DFW. It has been selected by Trinity Metro to conduct the environmental assessment and preliminary engineering for the TEXRail extension project in Fort Worth. It also will provide program management services for the first phase of the $3.5 billion Dallas Independent School District 2020 Bond Program. AECOM also worked on the environmental impact statement for the proposed 240-mile high-speed rail project that will run between Dallas and Houston

Snap One has leased 6,933 square feet at 2009 Mckenzie Drive in Carrollton. Adam Graham and Mark Graybill of DFW Lee & Associates represented the landlord, First Industrial. The tenant, Snap One, was represented by Fred Ragsdale of JLL. 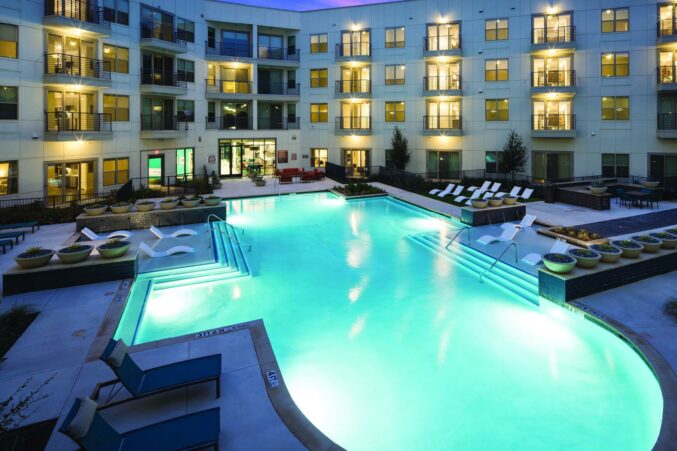 Alta LeftBank, a two-property multifamily asset totaling 589 units in the West 7th Street District of Fort Worth, has sold. The properties are The Lofts at Alta LeftBank, a 260-unit complex, and 329-unit The Flats at Alta LeftBank. IPA’s Drew Kile, Joey Tumminello, Will Balthrope, Michael Ware, and Taylor Hill represented the seller, Wood Partners with Goldman Sachs Asset Management, and procured the buyer, Madera Residential.

One of the nation’s largest Tech-focused brokerage firms and Dallas businessman Jerry Mooty Jr., the nephew of Dallas Cowboys owner Jerry Jones, will headquarter @properties Dallas location at the Braniff Centre near Dallas Love Field Airport. The 200,000-square-foot site was previously transformed into a mixed-use property and previously used by the Dallas Cowboys football team. 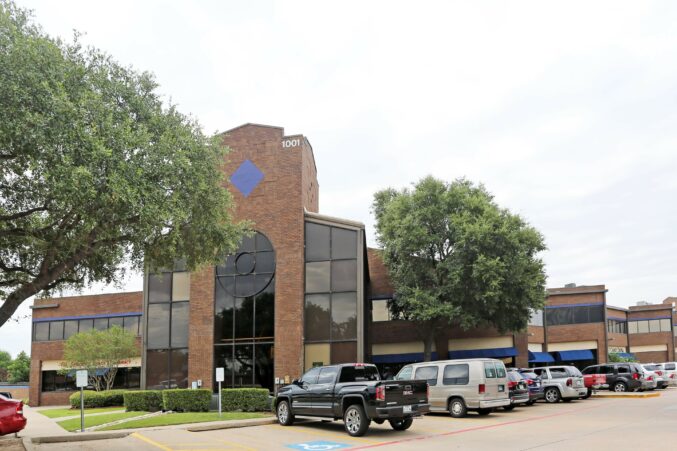 Colorado-based Koelbel and Company has launched a new commercial investment division to close its first commercial investment property in Dallas-Fort Worth. The company has purchased a 90,000 square feet building at 1001 Cross Timbers Ave. in Flower Mound, which will be updated and rebranded to attract new tenants and meet current industry demands. 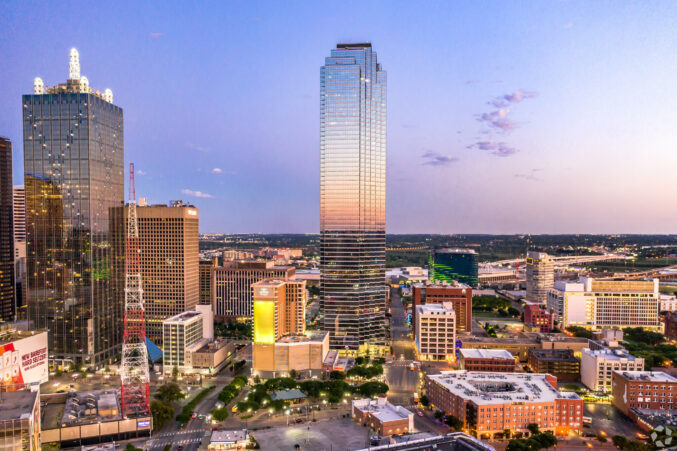 Ziegler Gardner Bell has leased 7,504 square feet on the 49th floor of Bank of America Plaza in downtown Dallas. JLL’s Russ Johnson represented the landlord, and Garrison Efird with Newmark represented the tenant. 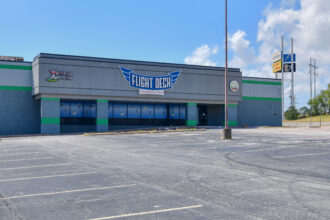 Churchill Properties, a Fort Worth-based LLC, has acquired a 22,250-square-foot retail property located on approximately 2.2 acres at 7751 Scott St. at the West Freeway (IH-30). Derek Schuster and Kevin Butkus with Weitzman handled negotiations for the seller, a Dallas-based limited partnership.

Mediterranean fast-casual concept CAVA has opened its first Fort Worth location at Waterside, 5917 Convair Dr. (next door to Tricky Fish).