A year ago, at the depths of the pandemic, only the most optimistic forecaster would have called for retail recovery and even growth just a few months later. But that’s exactly where we are with the four major Texas retail markets in Austin, Dallas-Fort Worth, Houston, and San Antonio. 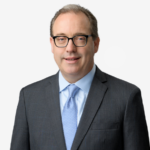 We looked at the four retail markets’ performance for the first half of 2021, and all four showed a return to stability after a 2020 marked by store closings and jumps in vacant space.

As a result, all four markets at mid-year are reporting strong demand for existing space, which is absorbing existing vacancies in everything from second-generation restaurant space to former mall department stores.

FOUR MARKETS, ONE STORY: A RETURN TO STABILITY

The one statistic that captures the performance in our markets is retail occupancy, with 90 percent or above considered in the healthy range. All four large Texas regions reported occupancy that stabilized and improved, a reversal over 2020 when all four metros reported occupancy declines. Statewide, we show occupancy in Austin at 95.2 percent; DFW at 92 percent; Houston at 93 percent; and San Antonio at 93.6 percent.

Why did occupancy improve? A big reason is a steady demand for existing space. Statewide, the demand for second-generation restaurant space helped absorb many of the vacancies created by the pandemic in that important category.

Box space, ranging from 10,000 square feet and up, found strong new tenancy in vacancies created during the pandemic from concepts like Pier 1, Stein Mart, and 24 Hour Fitness. For example, in Austin, box leases came from concepts like Conn’s, Haverty’s, Aldi, and Five Below; in DFW, from Floor & Décor, At Home, Sprouts, Dick’s Sporting Goods, EVO Entertainment, and others; in Houston, from Palace Social entertainment venue, dd’s Discounts, Planet Fitness, Crunch Fitness, and others; and in San Antonio, from Santikos dine-in cinema, PGA Superstore, Goodwill, and others.

Weitzman forecasts the following construction totals for calendar-year 2021, based on space on track to open in new and expanded retail projects of 25,000 square feet or more:

For the remainder of 2021 and through 2022, we expect to see continued improvement in occupancy, based on the high level of retail demand we are currently experiencing and the fact that our four markets are national leaders in population, housing, and economic growth.

A year ago, as we looked into the future, we could only hope for a market recovery this strong. But our industry and our retailers worked together all through 2020 to come through the depths of the pandemic to the other side and a return to growth. There continue to be obstacles to overcome, but as of right now, I think we’ve come a long way toward accomplishing that goal.

Marshall Mills is the president and CEO of Weitzman.