Spend enough time with Dallas urbanists during happy hour, and eventually, the conversation will drift toward discussing why our transit system does not work like a coastal city or how we can decarbonize our grid to reduce greenhouse gas (GHG) emissions to meet Dallas’ Comprehensive Environmental and Climate Action Plan (CECAP) goals, or how we make a dent in our rapidly rising housing costs, and the conversation inevitably arrives, in some form or fashion, at the same place:

Are these goals even possible with the current land use? Is our city dense enough? Will the suburbs reach Oklahoma at this rate? 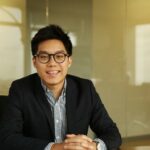 The last one is spoken in jest, but only slightly so.

And for a good reason. We have ambitious goals like the CECAP calling for a reduction in our share of single-occupancy vehicle travel from 88 percent to almost 60 percent and 35 percent of new housing located within a transit-oriented development (TOD) community by 2050.

DART’s investment in its bus system, the Automated Bus Consortium, and D2 provide a major boost to our mobility ambitions, and the city’s strategic mobility plan includes excellent strategies like a citywide mobility hub network tied to an increased bicycle and pedestrian network.

Yet, the framework that makes these policies ambitious yet viable rests with our ability to implement a more sustainable and equitable land use pattern. We need a land use and zoning framework that encourages not just denser development but is more strategic in connecting communities to a variety of upwardly mobile jobs.

Policymakers often forget that land use itself is a form of connectivity, linking people to opportunity through sheer proximity. Solving mobility issues by investing in the bus system will only get us halfway to our goals if there is a spatial mismatch between where we work and where we live. A bus can only move so fast when it’s stuck in traffic.

TOD will not reduce our car usage and associated GHG emissions if the housing options are not aligned with transit riders and transit-dependent populations. Instead of transit-oriented development, you have transit-adjacent development. Critically, displacement of longtime residents will occur without an expressed intent to develop complete communities with jobs, childcare, food access, and other critical pieces of social infrastructure.

Fortunately, the City of Dallas and its staff are embarking on a new ambitious update to the 2006 Forward Dallas plan, developing a pathway for citywide zoning updates that emphasize critical elements such as regional job centers, complete communities, and the role of land use in transportation and climate policy. Anyone who cares about the future of Dallas should participate in the process and educate themselves and those around them on its importance.

The process will be lengthy and wrought with complex conversations around density, affordability, historic redlining, and the effects of regionalism and highways on the city’s growth. However, these conversations are critical to advance the goals of Forward Dallas and the goals of almost every other major initiative in the city.

If we want to move the needle for Dallas in the coming decades, we need to live up to our billing that “Big Things Happen Here” and support a bold and progressive land-use plan and avoid getting caught up in incrementalism.

Daniel Burnham, an American architect and urban designer, had the right idea when he said, “Make no little plans; they have no magic to stir men’s blood and probably themselves will not be realized.”

Words to plan by.

Steven Duong, AICP, is a Principal and Associate VP based in AECOM’s Dallas office.