Robin Autopilot, a leader in robotic mowing technology and the robotics as a service (RaaS) platform, announced that it would be consolidating its corporate headquarters with its recently acquired franchise business, North Carolina-based Mowbot and relocating to McKinney. Robin’s new headquarters will initially occupy 10,000 square feet with an option to expand at 7850 Collin McKinney Pkwy.

Robin was represented throughout the selection process by CBRE, led by Renee Castillo, and Luke Franz with Jackson Walker LLP was the attorney representing Robin with the McKinney EDC on the incentive process.

Robin is one of the many tech companies that have recently announced their expansion or relocation into McKinney via the Innovation Fund; other startups like Alanna.ai, MyTelemedicine, and ContraForce also recently opened headquarters in the city.

With a grant from the McKinney Economic Development Corporation’s Innovation Fund, the company plans to relocate 17 positions and create 58 new jobs over the next three years, bringing its total number of employees to 75, with an average salary of $90,000. The positions include back office, sales, software development, and engineers.

Robin offers subscribers a customized subscription-based platform for running a RaaS business. Based on their subscription level, Robin provides tiered access to proprietary products (software, operating manual, a robotic door for homes with fences, and more) and non-proprietary products (marketing program, training and support, financing for robots, and robotic doors).

Greater Metroplex Interiors filed a state permit to construct buildings two, three, and four in Southlake. Buildings two and three are both valued at $1.375 million and will be 16,161-square-foot projects. Building four will be a $2.02 million project at 23,768-square-foot project. Construction on the three buildings will begin in August and conclude in late March 2022.

Hebron 121 Station, Texas’ largest transit-oriented development located in Lewisville, has sold. EastSky, a well-known East Coast multifamily investor, purchased the 90-acre resort-style community of 1,429 units for an undisclosed amount from brothers Donald and Phillip Huffines of Huffines Communities. The identical twin brothers and co-owners of Huffines Communities, Phillip and Donald, started Hebron in 2007 when they acquired the land. They had a dream of creating a world-class community in their hometown of Lewisville.

Frankford Station, a 204-unit residential at 1700 West Frankford Road in Carrollton, has sold to Irving-based Darwin German Real Estate Investments. This acquisition brings DGRE’s total current portfolio to 21 apartments and communities comprised of 2,312 units with most of those properties located in DFW.

Andrew Murray filed a state permit to construct a 480,425-square-foot property of multifamily and townhome units in Prosper. The $47.8 million project will begin construction in August and is projected to be completed in August 2023. Charlan Brock and Associates will lead the design.

Stone Manor, a 108-unit, Class C community located at 3122 Park Lane in Dallas, was sold from Gomel Texas to Worth Street Partners, a Dallas-based real estate investment company. The transaction was led by Mark Allen of Greystone | Investment Sales Group.

AHS Residential filed a state permit to construct a 118,555-square-foot multifamily complex of 366 units in Dallas. The project is projected to start in early August and conclude in December 2022. Hodges Architecture is the listed design firm.

Heritage One and Two, a recently renovated, 367,364-square-foot office asset at the convergence of the Dallas North Tollway and LBJ Freeway in Dallas, has sold. Newmark’s Gary Carr, Robert Hill, Chris Murphy, John Alvarado, and Chase Tagen represented the seller. It was the first acquisition in Texas for the buyer, Oregon-based Menashe Properties, who purchased the property without financing or partners.

Blue Star Land filed a state permit to construct a 34,081-square-foot Frito Lay office building in Frisco. The $1.15 million project is projected to begin in July and conclude on Oct. 15. Alliance Architects will lead the design.

Interior Logic Group will lease 17,681 square feet at The Offices Three at Frisco Station—the building’s first tenant. The California-based company plans to move in later this year, opening its first office in Frisco. VanTrust Real Estate worked on the deal. 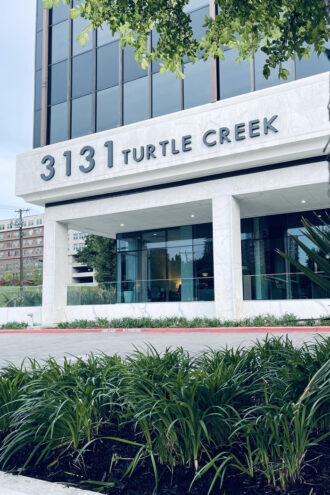 Skin Pharm has signed a 3,655 square foot lease for a clinic on the sixth floor of 3131 Turtle Creek Blvd. Jared Laake of Bradford Commercial Real Estate Services represented the tenant.

BH Properties has acquired Preston Shepard Place, a 361,780-square-foot community retail center in Plano. The acquisition is the first retail transaction in 2021 for BH Properties, which has closed on more than $100 million in commercial real estate transactions throughout the United States this year.

Hebron Heights, a 9,807 square foot, six-tenant strip is located at the intersection of Hebron Pkwy and Old Denton Road in Carrolton, has sold. Hudson Lambert of STRIVE represented the seller, a California investor, and secured the buyer, a Texas investor. 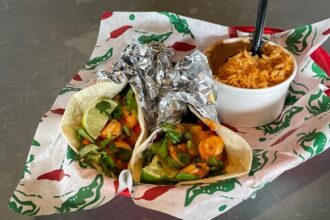 Taco Joint is breaching the traditional city borders for the first time to join the diverse dining options at Plano’s Heritage Creekside in Fall 2021. Ryan Smith and Michael Mendelsohn with Venture Commercial are the broker representatives on the project.

Joseph Omobogie filed a state permit to open a 2,156-square-foot Captain D’s restaurant location in Cedar Hill. The $7.5 million project will start construction in November and conclude in June 2022. Michael Legg Architecture will lead the design.