Interstate Crossing, a newly constructed, 1,023,488 square foot distribution facility in Fort Worth, has sold. According to CBRE’s U.S. Industrial & Logistics Figures for Q1 2021, the industrial market shows no signs of slowing down. Companies are leasing space at a historically robust pace to accommodate the large increase in e-commerce sales. Nearly 100 million square feet was absorbed in Q1, the third-highest mark on record.

Pennsylvania-based builder Exeter Property Group has filed plans for the largest Denton business park yet. The company plans to build an almost 1.5 million-square-foot warehouse project in the Exeter Westpark business park west of I-35. Construction is set to start in June, according to planning documents filed with the state. Richardson-based Alliance Architects is designing the new $60 million industrial park. Exeter Property Group recently leased an about 650,000-square-foot industrial building in the same area as Lowe’s. The company is also building in its Exeter Buckner business park off Buckner Boulevard. 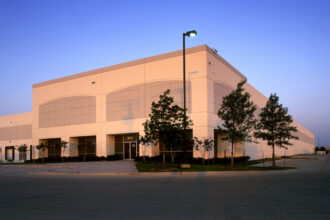 FB Flurry 472,2000-square-foot lease at 3737 W. Miller Road in Garland is the largest t industrial lease in the Garland/Northeast Dallas submarket for the first quarter 2021. 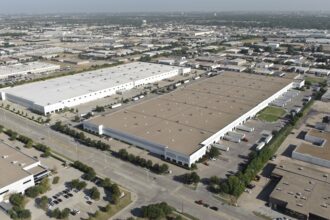 FB Flurry 472,2000-square-foot lease at 3737 W. Miller Road in Garland is the largest t industrial lease in the Garland/Northeast Dallas submarket for the first quarter 2021.

Majestic Realty Co. filed a state permit to construct a 1,013,833-square-foot facility at 1002 E. Clevland Road in Hutchins. The $42 million project will begin construction in January 2020 and is projected to conclude on Nov. 25, 2022. Commerce Construction Co is the listed design firm.

KBC Advisors filed a state permit to construct a 350,000-square-foot warehouse on Polk Street in DeSoto. The $1.5 million project will begin construction in August and conclude in June 2022. Halff Associates Inc. is the listed design firm. 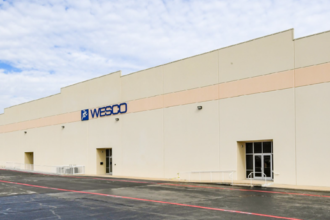 Dalfen Industrial announced the acquisition of a 100 percent occupied, 98,666 square feet property at 14034 Cherry Lane in White Settlement. The property is next to the Lockheed Martin Aeronautics headquarters, where they manufacture military aircraft, including the F-35, F-22, F-16, C-130, and U-2. This is the second acquisition in Fort Worth in the last 9 months.

Equipment Depot has leased an 87,500 square foot office-warehouse at 15051 FAA Blvd. in Fort Worth. Equipment Depot is America’s largest independently-operated material handling and rental source. This transaction will combine two existing DFW locations into one centralized, regional hub, accomplishing a vision of bringing all local employees under one roof. Grant Henson and Ryan Collier of ROCKCAP Co., a boutique commercial real estate advisory firm based in Dallas, represented the tenant. The owner of the property, Realco, was represented by George Curry and Frank Taylor of JLL.

An undisclosed buyer has purchased 1.1 acres at 13351 South Freeway in Burleson. Chris Flesner and Brian Sladek of RESOLUT RE represented the Seller. KC Cheah of KCC Realty represented the Buyer.

Broadway Development filed a state permit to construct a 30,000-square-foot apartment complex in Celina on S. Oklahoma Drive. The privately-funded $42 million project will start construction in September and ending in July 2023. Bush Architects is the listed design firm.

Jurek Reagan Holdings filed a state permit to construct a 21,255-square-foot, 24-unit apartment building at 2918 Reagan St. in Dallas. Construction on the $2.8 million project will begin in August and is projected to conclude on Aug. 31, 2022. Avant Design Group will lead the design.

J D Grommesh 2000 Industries filed a state permit to construct a 13,200-square-foot office building on W. College Avenue in Carrollton. Construction on the $1.375 million project will begin in late June and is projected to be completed in June 2022. No design firm has been listed. 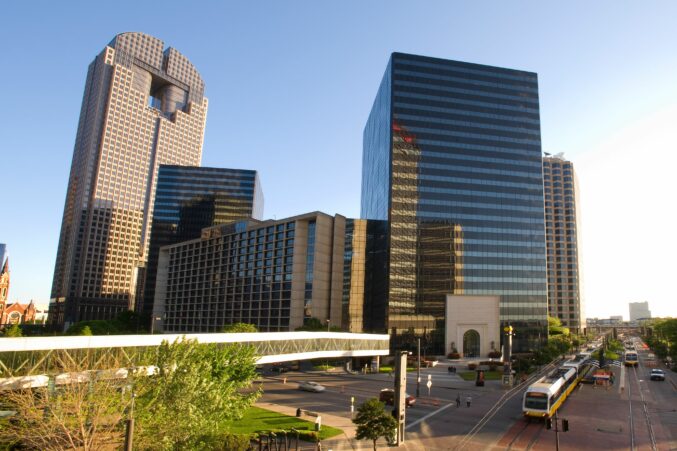 Tower Plaza of the Americas

Pankaj Srivastava with Evantage Systems filed a state permit to construct a 12,048-square-foot office building at 8720 Silverado Trail in McKinney. Construction on the $2.3 million project will start in July and conclude in June 2022. Design Associates & Consultants will lead the design.

Investment banking firm Estrada Hinojosa has secured a long-term lease for 8,986 square feet at Tower Plaza of the Americas in the heart of downtown Dallas. It will be the first relocation in the firm’s 29-year history, marking a commitment by companies to stay committed to urban centers of business. NAI Robert Lynn’s Jayson Montoya represented Estrada Hinojosa in the deal. Kim Brooks, Laney Underwood, and Justin Miller of Transwestern represented the landlord, M-M Properties. Tower Plaza of the Americas, located at 600 N. Pearl Street, will serve as Estrada Hinojosa’s corporate headquarters.

The 32-acre Village on the Parkway retail center in Addison has sold. The more than 343,000-square-foot complex is anchored by a Whole Foods Market grocery store and an AMC Theater. JLL marketed the property. The shopping center was purchased by VOP Partners.

Asbury Automotive Group filed a state permit to construct a two-story 60,090-square-foot Acura dealership at 4051 W. Plano Pkwy. Construction on the $15.25 million project is anticipated to begin in September and complete in September 2022. Atlanta-based Praxis3 is the listed design firm.

Infinity Global filed a state permit to construct a 12,020-square-foot retail building at Belt Line Road and West Royal Lane in Irving. The $2.5 million project is projected to start in June and conclude in January 2022. Architect Patrick Ahearne will lead the design.

Glasser Retail Partners filed a state permit to construct a 10,012-square-foot Spec’s Wine and Spirits at the intersection of Renner Road and State Highway 190 in Plano. The $1.5 million project will start construction in July and complete by April 30, 2022. Dallas-based GFF will lead the design.

Celina Post 3 filed a state permit to construct an 8,000-square-foot retail building in Celina at the southwest corner of Preston Road and Ash Street. The $1.8 million project is anticipated to begin in June and conclude on Dec. 11, 2021. No design firm has been listed.

Don Artemio restaurant has leased 5,300 square feet at 3268 W 7th in Fort Worth. Based in Saltillo, Mexico, this will be their first U.S. location. Colonial Commercial’s Jennifer Dyess and Michael Berkowitz represented the tenant. Rodger Chiefallo represented the landlord. 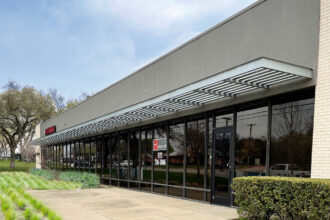