Omni Hotels & Resorts has kicked off development of its latest resort, which will sit next to the PGA’s new headquarters in Frisco.

The PGA in 2018 announced plans to move from Palm Beach, Florida. Its new headquarters will anchor a 600-acre, mixed-use development that will also include three golf courses, a putting green, retail shops, and the $500 million Omni PGA Frisco. (Scroll down to click on an images gallery.)

Key players were on hand May 4 to officially break ground on the project. Peter Strebel, president of Omni Resorts, talked about how the deal came together and Omni parent company TRT Holdings’ Bob Rowling, founder, and his son, Blake Rowling, who serves as president. 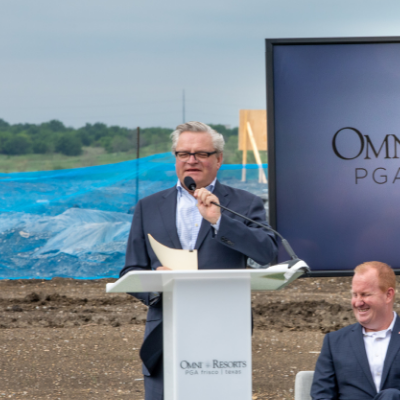 The Rowlings “live and breathe golf,” Strebel said. “So, when they heard the PGA was thinking of moving its headquarters to Texas, especially Frisco, they jumped all over that, because they knew that that would be a place where they would want to be involved.”

As plans progressed, the Rowlings remained fully committed, despite difficulties brought on by the pandemic. “Candidly, I cannot think of anybody who may have had a more challenging year this past year than Bob Rowling,” Gov. Greg Abbott said of the founder of Omni’s parent company, TRT Holdings, at the groundbreaking event. “There probably was no industry in the United States, maybe the entire world, that was more challenged over the COVID year, than the hospitality industry.”

Strebel echoed the rough road Omni faced last year as it continued developing in Oklahoma City, Boston, Minneapolis, and Frisco, which will bring the company’s total number of luxury properties to more than 50.

“We’re very fortunate that we’re a very liquid company, we don’t have a lot of debt, and the Rowlings saw this as a short-term blip,” Strebel said. 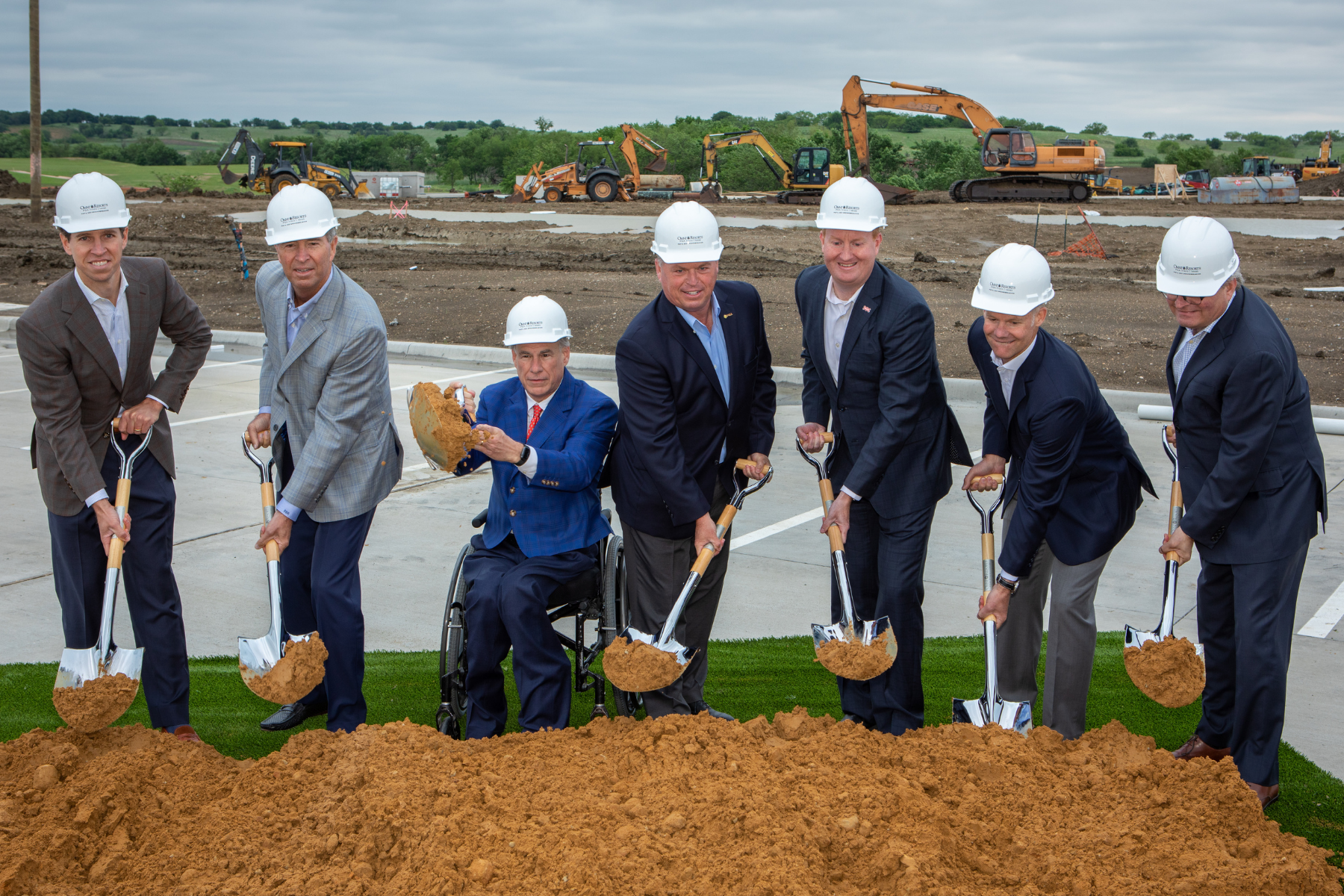 Frisco Mayor Jeff Cheney estimated the new headquarters complex will have a $2.5 billion impact on the local economy. The resort alone will add 1,000 jobs.

“The entire community is going to thrive here,” Cheney said. “For everyone who actually owns land and is developing land anywhere near this, congratulations.”

The largest resort currently under development nationwide, the Omni PGA Frisco is expected to have a halo effect on all of North Texas, Strebel said. “We’re going to get the high-end groups from around the world. I think we’ll see [more] international business.

“I think Asian countries have fallen in love with golf,” Strebel continued. “They love America. They like our brands. I think that’s going to be a big play for us. I know that the Middle East and Dubai has a lot of direct flights into this area. So, I perceive some visitors coming from there as well.”

The 501-room Omni PGA Frisco will feature three pools, 12 culinary outlets, a spa, and 127,000 square feet of meeting and event space. It will also offer seven private golf villas. Along with its headquarters, the PGA Frisco campus will include two 18-hole championship golf courses, a lighted 10-hole short course, and 2-acre putting green, a Lounge by Topgolf, PGA Frisco Coaching Center, and a practice facility, which will be anchored by a clubhouse and entertainment district.

“You would think a project of this scale and importance, we would go with who we knew,” Strebel said. “But we were really blown away, and we wanted something truly different. We felt like the people we worked with in the past had a vision of Omni, and this is really Blake [Rowling’s] vision. It was good to start from scratch and bring in some new people, and they’ve been wonderful.”

The resort’s design inspiration leans heavily on clean architectural lines with a mix of stone, wood, and metal embellishments. The aesthetic resembles the modern ranch-style homes found throughout Texas. Small nods to the game of golf are added throughout the resort’s guest rooms and interior.

Strebel says the hospitality industry is poised for a strong recovery.

“People love leisure and travel. We saw that after 9/11—it came back fast—and we’re seeing that now with COVID,” he said. “I think you are going to see that in hotels, maybe it will be a little bit less about business and more about social, more about having fun.”