On April 28, D CEO will reveal the winners of its 2021 Commercial Real Estate Awards program. Leading up to the big event, we’re featuring all 83 finalists (51 projects and deals and 32 professionals), one category at a time. Today, we’re sharing information about the project in the Best Redevelopment or Renovation category. 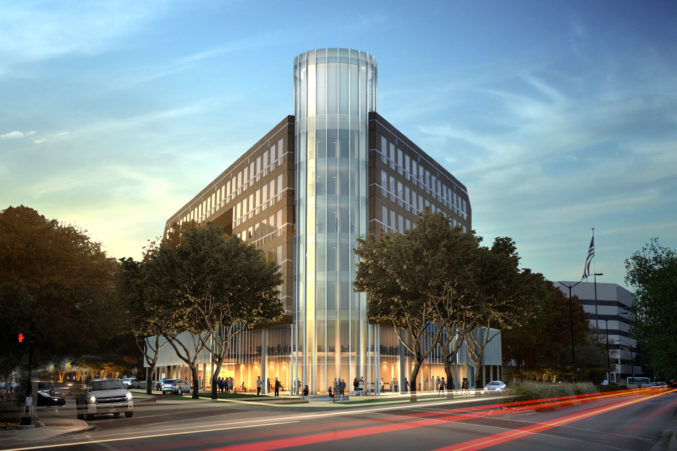 Working with architectural firm Corgan, Crescent transformed a once nondescript seven-story building at the corner of Cedar Springs Road and Maple Avenue into a vibrant office and retail space. The top to bottom renovation leaves the building with 200,000 contiguous square feet of office space (JLL is leasing 95,954 square feet), complete with high-end amenities and finishes. Amenities available for tenants range from a fitness center to a sports simulator to a work café complete with a wine locker. The building is also home to a rooftop beehive that will produce hyper-local honey, created in collaboration with beekeeping company Alveole. 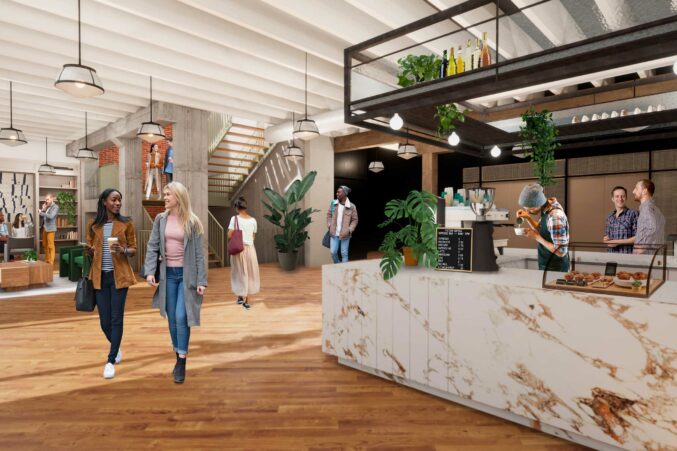 The historic Deep Ellum building that once housed the Continental Gin Company, one of the country’s largest cotton companies in the late 1800s, has been revamped into a modern office and co-working space. Led by Tom, Evan, and Jordan August of August Family Investments, the 61,141 square foot redevelopment marked one of the largest creative office projects in downtown Dallas of the year—and was constructed without tenants. Developers were careful to retain the building’s existing historic framework while giving it necessary modern updates.  The redevelopment was financed through a unique blend of grants from the City of Dallas, federal and state historic tax credits, a clean energy finance loan via installed rooftop solar panels, an opportunity zone investment, and traditional debt financing. The project is the first in the City of Dallas to have such funding.

While Microsoft has been in Texas for more than two decades, this redevelopment/renovation makes the technology giant’s Irving-Las Colinas location the second-largest office location outside of its Redmond, Washington, headquarters.  Microsoft expanded its Irving–Las Colinas campus via a $31.4 million capital investment, including $22.933 million for buildings and $8.647 million for machinery. The investment into the existing 32-acre campus allowed the company to consolidate and grow its Customer Service, Inside Sales, and Public Sector business groups. Microsoft decided to invest in the Las Colinas campus after thorough demographic and psychographic analyses. They also received a financial incentive in the form of an abatement agreement from the City of Irving, a Texas Enterprise Fund grant of $4.8 million. 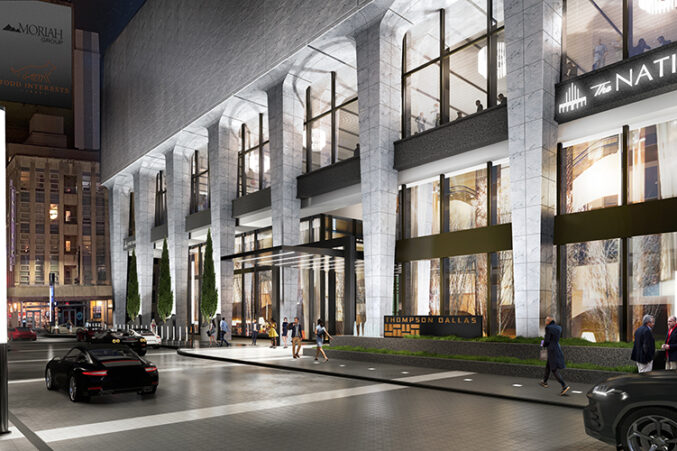 Standing at 52 stories and totaling 1.5 million square feet, First National Bank Tower, now known as The National, is one of Texas’s most challenging and largest adaptive reuse projects. The historic renovation included the careful preservation of 17,555 hand-cut exterior marble panels sourced from the same quarry as the marble used for the Parthenon. As of its completion in 2020, The National is anchored by the first Thompson Hotel in Texas with the Thompson Dallas, a 219-key hotel opened in November 2020 and topped with 324 luxury apartments. Thompson Dallas features two restaurants led by Jeramie Robison (Uchi, Rosewood Mansion on Turtle Creek). Other unique additions to the Project include a Lucchese Boutique, Tondeo Hair Lounge, and The Botanical Mix, located within the lobby of The National. 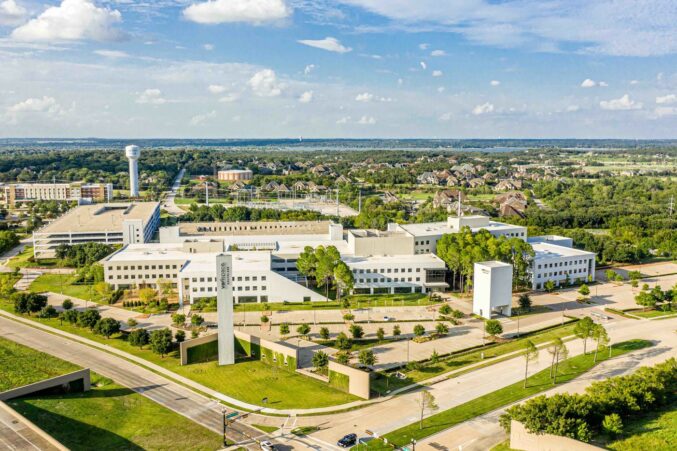 VariSpace, a commercial real estate offering under office solutions provider Vari, purchased The Vista at Solana, a 380,000-square-foot building in the former Solana Business Park. Once a bright, vibrant complex inhabited by IBM, the building had been vacant for more than a decade. Vari’s goal was to reposition The Vista from a single tenant to a multi-tenant office building, offering their new workplace model to tenants. The building underwent a massive renovation, taking it from a single-tenant space to a multi-tenant space for VariSpace to rent out their workplace model to tenants. After tapping design firm Corgan, the building, originally designed by Mexican architect Ricardo Legorreta, was reworked to fit with Vari’s casual yet elegant vision while retaining the heart of the original design. Before Vari’s purchase, The Vista sat vacant for nearly a decade. The now multi-tenant building can accommodate both short and long-term leases, and each office comes equipped with Vari office products.