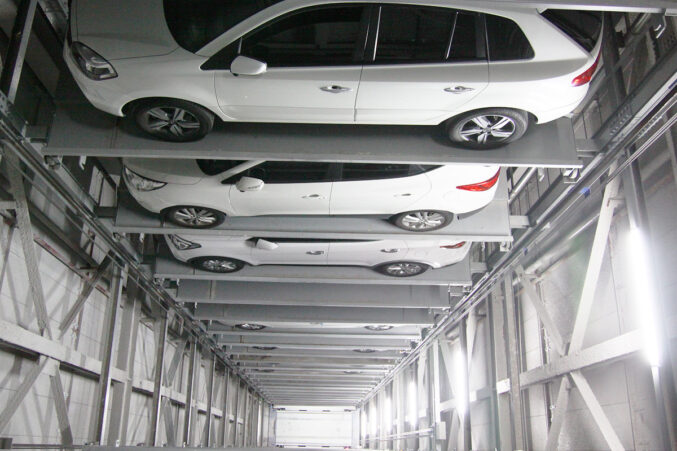 Triune Centre, located at 3400 West Freeway, is the first office development of its kind in the United States to feature a fully automated valet parking tower system.

Although Fort Worth has seen a slowdown in office development since 2018, trends have indicated that it is beginning to change. There are currently four office projects totaling over 365,500 square feet under construction in the metroplex west of DFW Airport, including Crescent’s new 160,000-square-foot development that was announced at the beginning of March.

“Over the past few years, Fort Worth has experienced a significant shift in the market with employers looking to provide their talented and educated workforce a dynamic work environment that offers unique amenities and innovative technology features,” said Cullen Donohue, a senior associate in the Fort Worth office of  Stream Realty Partners. “Triune Centre will emerge as a natural leader in the market, and we anticipate that it will quickly attract many prominent tenants throughout Fort Worth.”

Donohue, Seth Koschak, Chris Doggett, and Vic Meyer, all with Stream, represented the landlord, and Theron Bryant with Transwestern represented Vantage Bank Texas in the transaction. 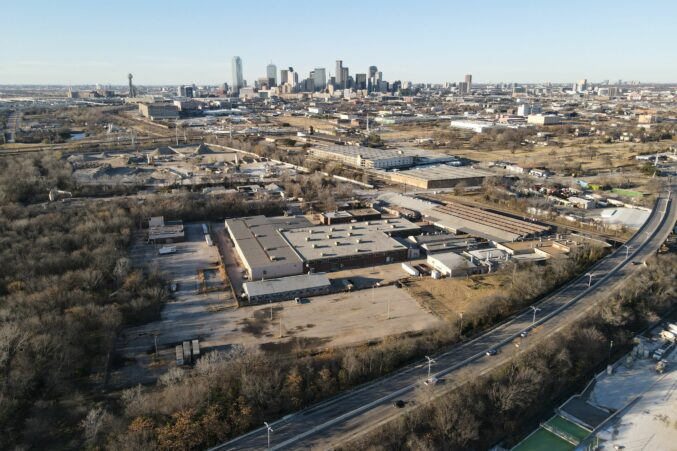 Cantex recently purchased a 30 acre secured manufacturing campus with nine Heavy Industrial buildings totaling nearly 300,000 square feet 1.5 Miles from Downtown Dallas. Patrick Hunt and Cullen Finnegan of Trinity Southwest Commercial Real Estate represented the seller in the transaction. The campus has been a fixture in the area for over 100 years, originally headquartering the Guiberson Corporation and later Dresser Industries. Faubion Associates was a major employer in the area, employing up to 300 people engaged in the manufacturing of high-end custom fixtures and architectural millwork.

Permits have been filed to build two industrial shell buildings in the MacArthur Business Park in Lewisville, totaling 152,000 square feet. Construction on the $7 million project will begin in July 2021 and end in April 2022. RGA Architects will lead design.

Assured Storage filed permits to build a 127,154 square foot, 3-story self-storage building at 3863 Southwest Loop 820 in Fort Worth. Construction on the $5 million project will begin in June 2021 and end in January 2022. PMD Architects will lead design.

American Carton filed permits to build a new 112,354 square foot metal building at 607 S Wisteria St. in Mansfield. Construction on the $3.1 million project began in April and is set to be completed by September. Nationwide Construction will lead design.

ANCHOR, a family-owned real estate investment firm based in Dallas, has purchased a two-building industrial property located at 404 and 500 Riverside Drive in Fort Worth. American Glass Distributors previously occupied the 75,000 square foot facility.  ANCHOR intends to renovate the two buildings, positioning them for multi-tenant occupancy. Todd Hubbard and Jeff Jackson of NAI Robert Lynn facilitated the transaction and will handle leasing efforts at the property. ANCHOR’s investment team, led by Cody Edge and Sam Dethrow, negotiated the purchase and secured acquisition financing

Gale Industrial filed permits to build two 30,000 square foot warehouses and a brewery factory at 16272 Three Wide Drive in Fort Worth. Construction on the $6 million project will begin in July 2021 and end in September 2022.

A 20,625 square foot industrial property was purchased at 511 S 5th Ave in Mansfield. Frank Jester, Todd Hawpe, and Jeff Givens with Transwestern facilitated the transaction on the buyer and seller sides.

PepsiCo Global R&D filed permits to build a 1,700 square foot biodegradation demonstration greenhouse at 7701 Legacy Drive in Plano. Construction on the $1.2 million project is set to begin in June 2021 and end in October. MJDII Architects will lead design.

850 Railhead, a piece of land in Fort Worth recently sold. The site is 9.78 acres. Transwestern’s Todd Hawpe, Jeff Givens, and Garrison Lackey facilitated the transaction.

Bighorn Construction and Reclamation extended and expanded to 36,331 square feet at 777 Main in Fort Worth. Transwestern’s Whit Kelly and Dallas Margeson represented the landlord in the transaction, Brookdale Group.

CorDeck has filed permits to build a 30,049 square foot office and manufacturing facility at 5450 Dakota Lane in Denton. Construction on the $4 million project is set to begin in May 2021 and end in December. Spectrum Engineering will lead design. 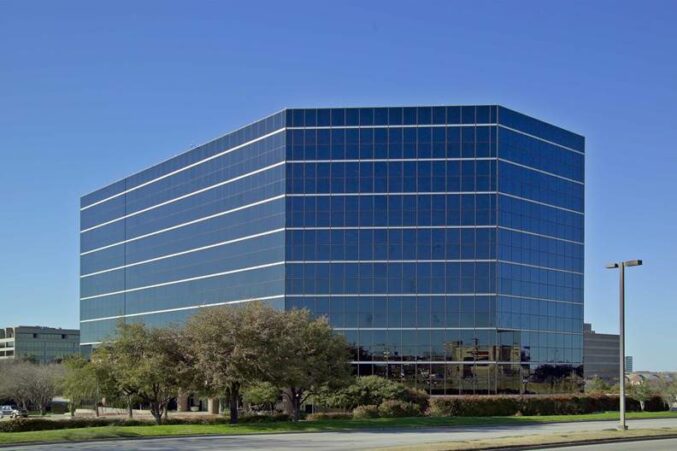 Vista Sands signed an 8,501 square foot office lease at 6050 SW Blvd. in Fort Worth. Transwestern’s Grant Huff represented both sides in the transaction. 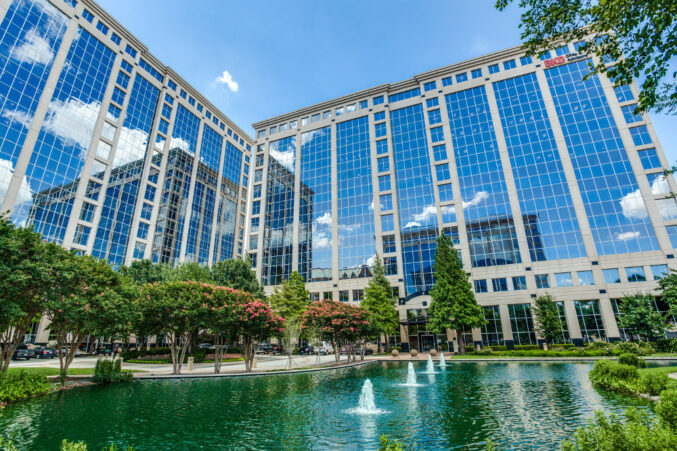 Renovo Capital has expanded its Dallas office to 5,789 square feet within International Plaza III at 14241 Dallas Parkway. Jeremy Duggins of Cawley Partners represented the landlord, and Garrison Efird with Newmark represented the tenant.

Construction has begun on the popular laid-back restaurant and backyard bar, Truck Yard, at Alliance Town Center, the 900-acre master-planned community in far north Fort Worth. Truck Yard is scheduled to open in fall 2021. 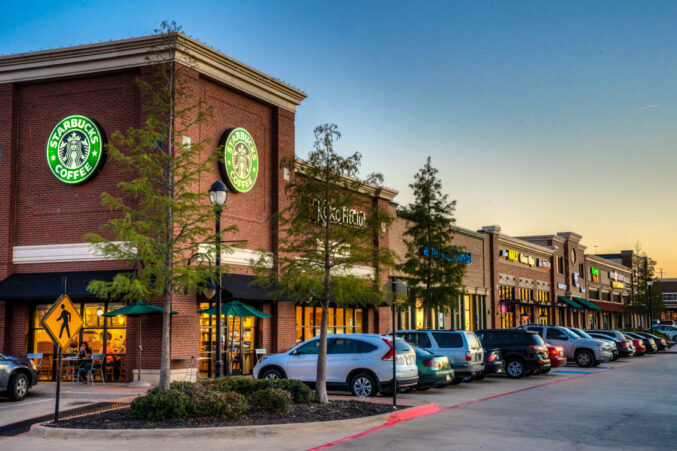 Plato’s Closet, a retailer, offering gently used brand-name clothing and accessories, has leased 3,754 square feet of retail space in Firewheel Market, a specialty retail center located at the northeast corner of SH-78 and SH-190, for a new location. Lynn Van Amburgh and Matt Luedtke with Weitzman handled negotiations for the shopping center.