The $1 billion master-planned Sapphire Bay development will welcome Hyatt to operate its resort and conference center. Set to be located on the Sapphire Bay Peninsula and expected to open in fall 2023, the resort will join Hyatt’s Destination Hotels brand and showcase more than 500 guestrooms, suites, and villas, each with waterfront views overlooking Lake Ray Hubbard and the seven-acre man-made Sapphire Bay Lagoon. 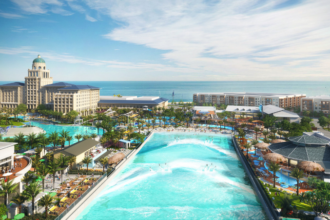 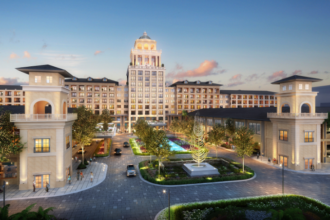 The lead architect for the resort is 5G Studio Collaborative. Brian Bridgewater, P.E. with Manhard Consulting is the project’s civil engineer, and Lifescapes International will design the landscaping and tropical garden environments. DuWest Realty will handle project leasing. Cleartide Management Group is an operational design and programming consultant and management for the Sapphire Bay Surf Village. Construction of the resort will begin in fall 2021 and is anticipated to be complete for an exciting grand opening in the fall of 2023.

P&H Casters has filed permits to build 173,385 square feet of office and warehouse space at 807 West Harris Road in Arlington. Construction on the $10.3 million project will begin in April. 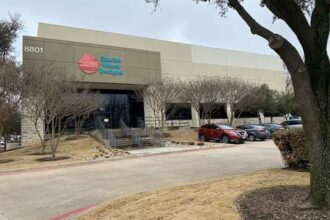 Sunrise Wood Designs was founded in 2007 by experienced professionals from the Dallas-Fort Worth cabinet industry and Dallas private equity firm Sunrise Equity Investors, LLC. The company has nearly 300 employees that operate out of its state-of-the-art facility in South Dallas, which the company moved into in 2017.

Sunrise Wood Designs, a cabinetry supplier for luxury and volume homebuilders in North Texas, has grown its manufacturing facility in South Dallas (8801 Autobahn Drive) with a lease expansion to 167,405 square feet. Baron Aldrine and Michael Chiocca with CBRE represented Sunrise Wood Designs in lease negotiations. An outside firm represented the landlord.

Micropac Industries has filed permits to build a 76,856-square-foot manufacturing facility at 1655 State Highway 66 in Garland. MJDII Architects will lead design on the $18 million development. Construction will end in Summer 2022. 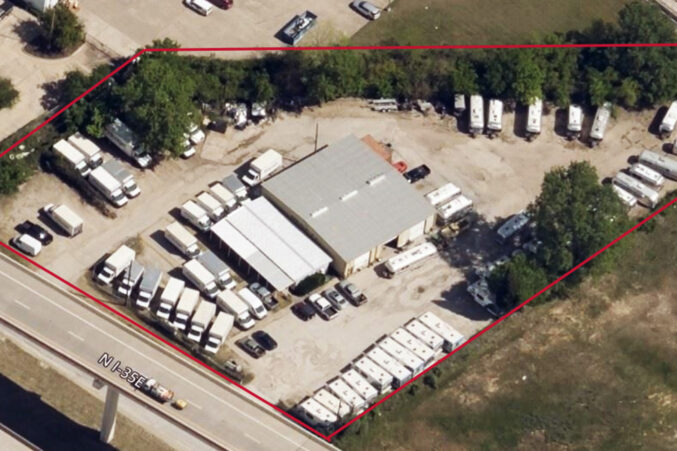 North Dallas RV is located at the Frankford Road exit of North I-35E in Carrollton.

North Dallas RV Inc.’s original owner has sold its 1.2-acre tract along North Interstate 35E to a local businessman, who will retain the site’s grandfathered zoning by maintaining the operation as-is. North Dallas RV is located at the Frankford Road exit of North I-35E in Carrollton. The industrial site, housing a 5,940-square-foot office/warehouse, boasts 275 feet of frontage along the interstate’s service road. Jason Finch and Brian Pafford, of Bradford Commercial Real Estate, represented the seller. Rich Young Jr. of the Rich Young Co. represented the buyer.

Permits have been filed to build Phase 1 of the Lewisville Business Center on Round Grove Road in Denton. Construction on the 28,600 square foot flex-warehouse will begin in April and take about two years to complete. Michael F Twichell LP will lead design on the $2 million project. 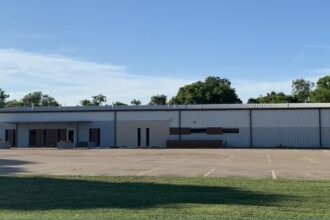 Permits have been filed for Phase 3 of the Trinity Groves development at 500 Singleton Boulevard in Dallas. The 505,529 square foot development will include 368 units, as well as a 154,000 square foot parking garage. Construction on the $43.7 million project is set to begin this summer and end September 2022. JHP Architecture will lead design.

Pulte Homes purchased 18 acres at 5001 Zion Rd. in Garland from Oasis Church with plans to build 90 single-family lots in a project called Bridgewater. Younger Partners’ Jack Gail represented the buyer. Church Realty’s John Muzyka represented the seller. The vacant land was originally zoned for commercial use, with Oasis Church purchased the land with plans to build a new church facility. The church found an existing building and opted to sell the land. 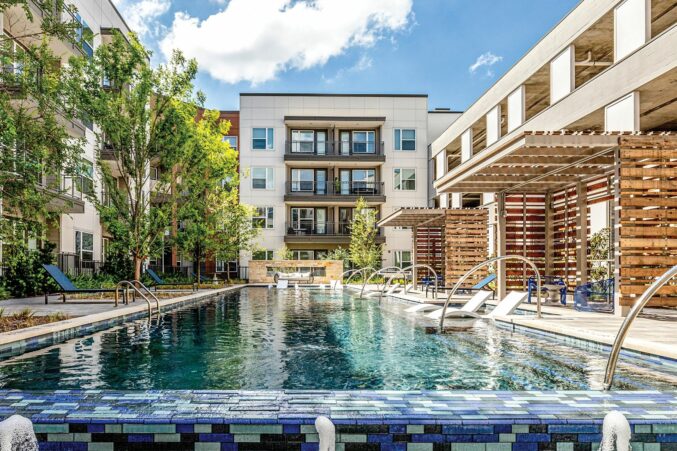 The Union at River East

The Union at River East, a multifamily asset with 181 apartments and nine live-work units with ground-floor retail in the River East neighborhood of Fort Worth, has sold. Institutional Property Advisors reps Joey Tumminello, Will Balthrope, and Grant Raymond represented the seller, Criterion Development Partners, and procured the buyer, MBP Capital. 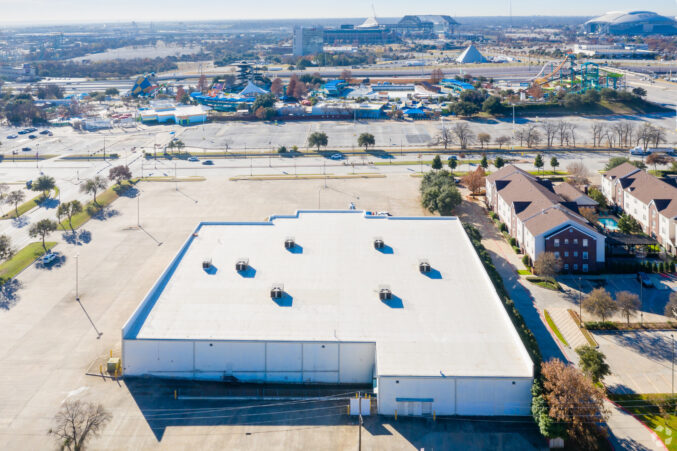 Arlington Police Department has purchased A dormant property in the Arlington Entertainment District For a police substation, evidence storage, and crime lab facility. The 41,680-square-foot structure, developed in 1984, is positioned on nearly five acres at 1715 E. Lamar Blvd., directly across the street from Hurricane Harbor. The class B retail building originally housed a Safeway grocery store and later functioned as an antique mall and tearoom. There is a 250-space parking lot, amply large enough to meet city needs. Clint Holland with SkyWalker Property Partners brokered the sale for the seller of record, Take the Lamar Way Home.

Raymond James, a leading American investment bank and financial services firm, leased 7,000 square feet at The Offices Two at Frisco Station, a 242-acre mixed-use development. Raymond James plans to move in during summer 2021. VanTrust Real Estate is the office developer at the site.

Sparky’s Car Wash has filed permits to build a new site at 451 E University Drive in McKinney. Construction on the $1.5 million project will wrap up in November. Ward Architecture Pllc. Will design the 4,162-square-foot building.

Bonchon Korean Fried Chicken has leased 2,200 square feet at 4980 Belt Line Road in Addison. It is the seventh Texas location and the second Dallas area location joining The Colony, with more openings on the way. 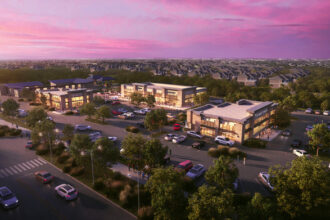 Shops at Panther Creek in Frisco

Panther Creek Dental has leased a 1,800-square-foot office at the Shops at Panther Creek in Frisco. They are the first tenant at the shopping center, located at the northwest corner of Panther Creek and Hillcrest. Bright Realty’s Britton Lankford, Nick Miller, and Dan Looney represented the landlord. The tenant was represented by Albert Miles at Xite Realty.