California-based Canyon Partners, a leading alternative investment firm, will open a new office at Harwood No. 2. Andy Leatherman and Brad Selner of JLL negotiated the lease with Hannah Waidmann and Kelly Whaley of Harwood International. Leatherman, a managing director at JLL, called the deal a “big win for the region offering positive impacts within both the business community and the broader community.” Dallas law firm Haynes and Boone is also moving into the district’s new 27-story office tower on Harry Hines Boulevard.

EMLS has leased 398,442 square feet at 900 S. Western Blvd., part of the newly completed Phase 1 of Denton Crossing @ I-35, a two-building spec development consisting of approximately 525,000 square feet. The remaining property, 920 S Western Blvd, is a freestanding front park, rear-load, 126,890 square-foot facility that is available for lease or purchase. Don Frazier of Frazier Commercial represented EMLS. The Landlord was represented by Todd Jones of Ironwood Realty Partners and Kris Arviso of Scannell Properties.

A 295,397 square foot storage warehouse will be built at 3932 Hickory Tree Road in Balch Springs. Construction on the $5 million project will begin in May and end by mid-October. RKAA will lead the design.

There will be a 147,960 square-foot warehouse built in Wildlife Commerce Park on Beltline Road and Wildlife Parkway in Grand Prairie. Construction on the $5 million building is expected to end by late October. O’Brien & Associates will lead design.

U-Haul is building a 139,671-square-foot storage building at 1400 N. McDonald Street in Mckinney. Construction on the $6 million building is set to begin this May and complete February 2022. Americo Real Estate Company is leading design.

HTH is building a 40,320 square-foot, $1.8 million office warehouse and lawn garden at 9800 N. Stemmons Freeway in Dallas. Construction on the site, designed by Luke Gardner, Lawns of Dallas, will begin in May and end by March 2022.

Mark Cuban Cost Plus Company is building a 22,000 square-foot, $11 million warehouse at 320 S. Walton Street in Dallas. Designed by Jacobs, construction is expected to be completed by late February 2022.

Zenith Solar has signed a long-term lease for 14,000 square feet of office/warehouse space in the Great Southwest Industrial District. The Odessa, Texas-based company’s new sales and distribution center is located in the I-30 Service Center at 1025 Avenue G in Arlington. Josh Meraz, senior associate of Dallas-based Bradford Commercial Real Estate Services, represented the tenant in a two-month search for a North Texas location. The firm also has a location in Corpus Christi. 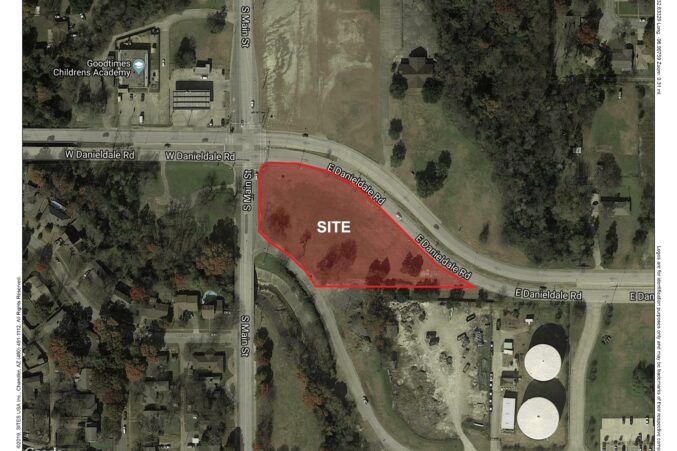 A new, 410,000 square-foot multifamily development called Elan Keller Center Stage will be built on 1400 N. Main Street In Keller. Construction on the $63 million development will begin in May and is expected to be completed by May 2023. Meeks + Partners will lead design.

A new multifamily development called The Chloe at SoGood will be built at 2010 S. Cesar Chavez Blvd. in Dallas. Construction on the $43 million, 383,732 square-foot development will begin mid-September and is expected to be completed by January 2023.

Touchmark senior living is building a $98 million campus at 350 S Hardin Blvd. in Mckinney. Designed by Three, the 305,157-square-foot building is expected to be completed by September 2023. Construction begins this April.

A new, $10 million medical center called MacArthur Medical Center will be built at 2101 Westpark Court in Euless. Construction on the 62,400-square-foot building will begin in March and is expected to be completed by late-March 2022.

A 251,041-square-foot residential community called Midway Row House will be built at 4020 McEwen Road in Farmers Branch. Architecture Demarest will design the $35 million development, and construction is anticipated to begin mid-April and complete in April 2022. 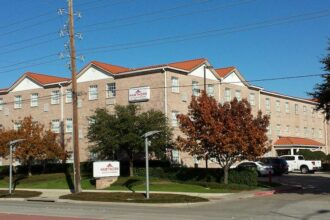 Industry-leading Biotech firm Allied BioScience its headquarters into a new Plano office at 7500 Dallas Parkway to support its growing team. JLL brokered the deal, doubling the square footage from Allied BioScience’s previous office space (14,000 square feet) to 28,000 square feet. The company is also planning to move its research and development labs into a larger space to support its product line’s robust diversification. 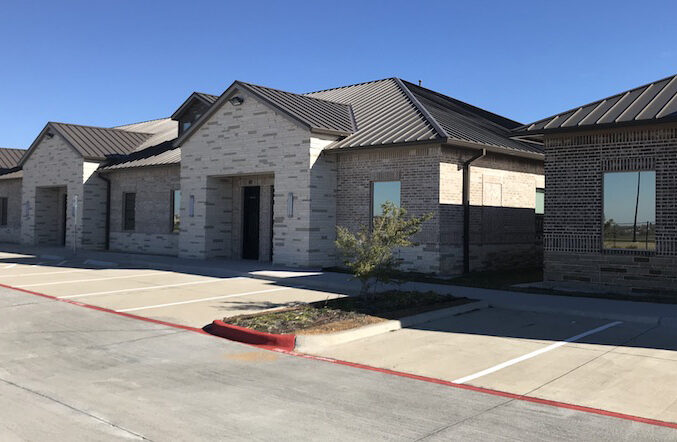 SkyWalker Property Partners acquired a partially developed medical and office condominium park in Collin County. The acquisition is Crescent Parc at 1400 N. Coit Rd. in McKinney, which has 61 medical and office condominiums in various stages of completion. The 13.2-acre project was bought out of bankruptcy and now is parked in the portfolio of When Opportunity Knocks.

Berridge Metals is building a 17,645-square-foot office at 2015 California Crossing Road in Dallas. Modus Architecture will design the $1.2 million building. Construction will begin in March and is expected to complete by late October. 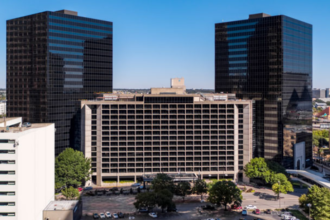 Plaza of the Americas

ASPII Corporate is building an 11,514-square-foot medical building at 200 Westpark Way in Euless. Construction on the $1.95 million development will start this March and is expected to complete May 2022. 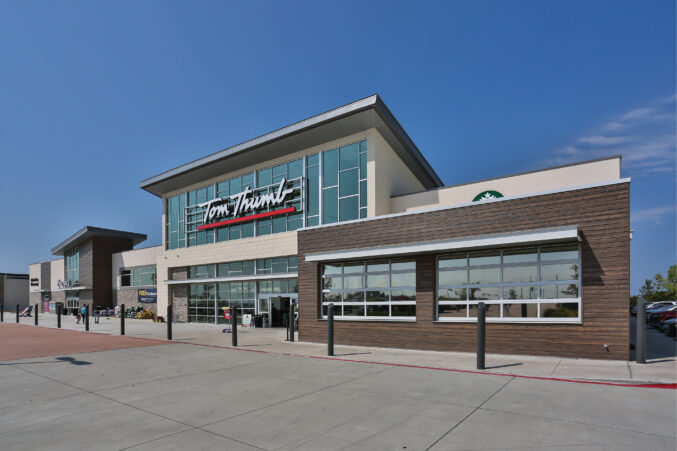 A new, 41,600-square-foot hotel called Tru Hotel will be built on Weyland Drive in North Richland Hills. Construction on the $7 million hotel begins in March and will complete in Q1 2022. RSS Architects LLC will lead design.

Bright Realty brokered the sale of 21,269 square feet of land on the southwest corner of SH 121 and Castle Hills Dr. for a Domino’s Pizza. The freestanding, 1,950-square-foot restaurant with a drive-through will be built in late 2021. The land purchased is part of 3.3 acres for sale in Castle Hills in front of Sojourn at The Realm, which is condos over first-floor retail and part of The Realm at Castle Hills mixed-use development. Dan Looney and Britton Lankford of Bright Realty represented the seller, BRECO Lands CH, LLC, which is part of the Bright Entities family of companies. Tim McNutt of DBA Real Estate represented the buyer. 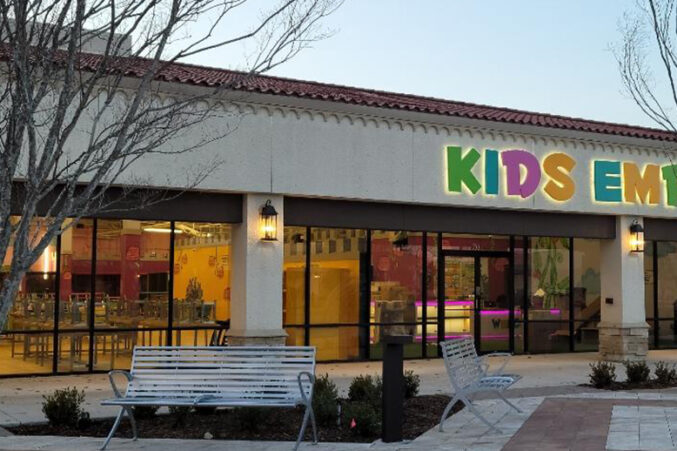 Kids Empire, a secure indoor playground for all children, has opened in 15,850 square feet of retail space in Hillcrest Village, a major redevelopment project located at 6959 Arapaho Road. Robin Barrow with Weitzman handled negotiations for the Hillcrest Village location as a tenant representative for Kids Empire. Stephan Ktorza and Shelby Dopps with Kidder Matthews acted as the national master broker for the retailer. Josh Beliak with SHOP Companies represented the center. 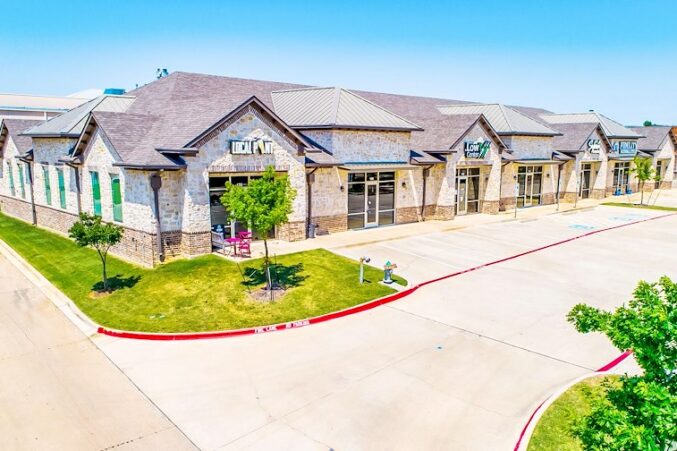 Cycle Town is building an 11,967-square-foot retail building located at 1620 S I-35E in Lancaster. Construction on the $1 million building will begin in April and is expected to complete at the end of the year.

A 5,275-square-foot Varsity Express car wash will be built on N.E. Alsbury Blvd in Burleson. Construction on the $3 million building begins in March and ends by Sept. 30. A Plus Design Group will lead the design.