Little more than a month into 2021, most companies’ primary goal remains the same as 2020—the health and safety of their employees. The uncertainty and economic downturn caused by COVID-19 resulted in companies switching focus from the pre-pandemic mindset of profit generation.

Across the Dallas-Fort Worth area, more employees work from home instead of their company’s office space. According to a recent study by Kastle Systems, 60-65 percent of DFW employees are working from home. Kastle System analyzed app to access keycard activity data from 3,600 buildings across 47 states to draw these conclusions.

The Value of Interaction 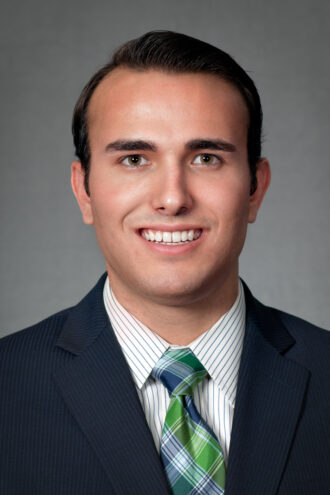 As the vaccination of healthcare workers, the elderly, people with underlying conditions, and essential workers continues across the country, companies have begun making decisions related to when, or if, they will ask their employees to return to the office.

Each function within every organization is being evaluated. Questions such as, “How essential is in-person interaction to each department?” are being discussed amongst C-Suite executives across the country. The answer varies greatly by the department and by industry.

Some positions within companies require more collaboration than others. This collaboration serves as a tool that could determine career enhancement through the development experience of interaction with others.

I have often been the recipient of valuable career development experiences resulting from working within the office environment. When interactions occur three-to-four times per day, employees gain considerable knowledge about an industry and job over time. Recreating those experiences behind a computer screen will likely reduce the number of collaboration opportunities provided to an employee. The repercussions of which have yet to be realized.

The assumption that office real estate will go the way of the dinosaurs is premature. One should consider these factors: (1) the total dollar investment within office markets and (2) the yield generation opportunities available through this alternative investment.

During the most recent decade (2010-2019), DFW’s economy experienced an influx of 22.8 billion dollars total investment in office space. This equated to 61.1 percent of the total inventory experiencing a change in building ownership. These investment dollars largely entered the economy during the four-year period from 2013 to 2016, representing 56.4 percent of the total dollars invested over the decade.

When measuring the returns achieved from the lowest risk profile available, Core office space, the average yield of a Core office building between 2010-2019 was 6.09 percent. Compare that performance relative to the 10-year U.S. Treasury over the same period. On average, investors who selected office space over U.S. Treasuries were able to achieve an additional 392 basis points of yield. Even when considering alternative real estate sectors, such as Core industrial real estate, Core office investors achieved an additional 171 basis points of yield.

The driver originally attracting investors to the sector, yield premium over traditional investments has not changed. Investors willing to accept the current risk priced into the market will be allowed to achieve higher yields over than next ten years than in the previous ten. Institutional investors are monitoring factors unfolding across the market, making office space an even more attractive investment option.

Two-to-10-year U.S. treasury yields are at the highest levels witnessed since 2017. The Federal Reserve System has remained vocal about a commitment to buying government bonds to circulate more money until the economy reaches full employment and inflation stabilizes at 2 percent. These factors have some investors concerned about the potential for rising inflation. Historically, real estate has proven to be an investment that can curb inflation, given the typical year-over-year rent escalations paid by tenants.

Our Stream office team is finalizing a market study measuring the investor interest in office space 2010-2019 relative to the interest witnessed during 2020. Through this research, we have so far concluded: (1) the total dollar investment made within office space over the last decade reveals a large percentage of companies and pension funds have a vested interest in the success of office space, (2) the yield opportunities relative to risk combined with the ability to curb rising inflation make office buildings an attractive alternative investment, and (3) impromptu collaboration plays an important role in the career development and advancement of specific jobs within a company.

Office properties as an investment vehicle and an asset class appear to continue delivering strong yield opportunities relative to the market. Plus, as we have all realized by now, that an unexpected social interaction with a coworker or company leader could result in a successful project, a meaningful collaboration, the completion of an enjoyable team project, or even a life-changing promotion.

Imagine the opportunities available—and definitely don’t count the office out with the dinosaurs.