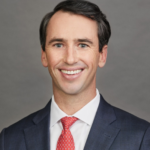 With 16 years of office tenant representation experience, Baty has been behind several top deals over his career, most recently serving as the leaders behind a team that orchestrated four separate transactions with 12 different companies to move Denbury’s headquarters into 104,841 square feet at Legacy Union. Additionally, two client build-to-suits spearheaded by Baty broke ground in 2020: PGA of America’s new 106,000-square-foot headquarters building in Frisco, Texas, and Transplace’s 150,000-square-foot Center of Excellence in Rogers, Arkansas.

“With many companies and people relocating to Dallas, all eyes are on the city as a commercial real estate hub, and we are well poised to capitalize on that momentum,” Baty said. “I look forward to building a best-in-class culture of collaboration, enhancing our team members’ growth within the organization, and recruiting high performers to grow our team.”

Beyond his professional accolades, which include being a D CEO Power Broker for the past seven years in a row, Baty works with multiple non-profit organizations, including Big Brothers Big Sisters, where he has been a Big Brother to his Little Brother, Dameon, for the last 12 years and is a former board member.

“As a mentor for emerging brokers within the firm, Robbie has shown a commitment to supporting growth of next-generation talent. His passion, transparency, and positive attitude make him the right choice for this important position,” said John O’Neil, president of Cushman & Wakefield’s Central Region. 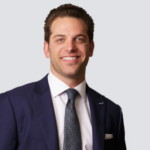 Gottschalk has transacted on 83 properties worth over $237 million since joining STRIVE at its inception in February 2017. His current market focus is single- and multi-tenant retail assets across Texas, with a particular concentration in the Dallas-Fort Worth metroplex. Last year was Gottschalk’s best years at the firm, closing 24 transactions worth nearly $85 million. He has consistently performed as one of the firm’s top agents, earning a yearly spot in STRIVE’s President’s Club since its establishment in 2017.

Gottschalk also has been a D CEO Power Broker since 2016.

“Adam has been with me for over eight years,” Vitorino said. “I remember when he drove here from California in his Chevy Volt, and to see the young man he has grown into is the most rewarding part of owning a company. He’s had tremendous success as a broker by adding value to clients, solving problems, and closing transactions. But more importantly, he’s a great guy with a solid moral compass, a giver rather than a taker, a guy that one can trust in good times and in bad. I’m so proud of him, and he’s a future leader not only in this company but within the our industry.”

Previously, Gottschalk worked for a publicly-traded commercial real estate company in Dallas. He had closed over $30 million in transaction volume at the previous firm and earned the office “Rising Star” award in 2015. Gottschalk earned his bachelor’s degree in Real Estate Development and Business Management at the University of Arizona. He also holds a pilot’s license and played safety for the University of Arizona football team from 2008-11.

Before joining Landry, Syed was a principal at KOA Brokerage and senior vice president at Hudson Peters Commercial, where she successfully sold and leased multiple office and medical office properties. She has also served as Trammell Crow’s director of strategic services for Baylor Healthcare System. She was also a core member of the team that launched Partners Health Trust, a Trammell Crow Company medical office building fund. She holds a degree from the University of Cambridge and a master’s degree from the University of Pennsylvania.

Johnston was director of business development for local company Callbox Storage for a year before joining Landry. Before that, she held a senior associate post within Cushman & Wakefield’s Global Occupier Advisory Group for eight years. While there, she focused on identifying and delivering industrial tenant representation services to multi-market corporate clients. She holds a bachelor’s degree from Towson University. 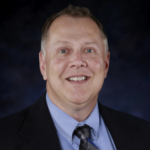 Edgren brings over 30 years of experience in master-planned communities. In his new role as vice president of Huffines Communities, he will manage a team of engineers, contractors, and governmental agencies through each step of the process from inception to completion. Since he joined Huffines in 2014, he has managed the 2,150-acre Heartland master-planned community while utilizing his background as a consulting engineer and suburban planning and zoning commission chairman to provide a 360-degree view when bringing large communities to fruition. 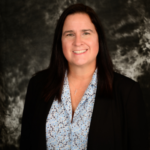 He holds a Bachelor of Science in Civil Engineering from Oklahoma State University, is a Registered Professional Engineer in Texas, active in the Urban Land Institute Community Development Council, and volunteers as a Leader/Moderator of the Real Estate Networking Group.

As Senior Vice President in charge of single-family development, Blankenship will manage the internal operations for all single-family projects at Huffines and coordinate with engineers, architects, contractors, and government agencies, ensuring each development follows the Huffines formula for a successful community. With over 30 years of industry experience, she has spent her time at Huffines as a senior project manager for several major master-planned communities. A veteran in the real estate industry, she has maintained a balance between people management, cost control, and corporate goals through effective communication.

Named Project Manager of the Year twice in the last four years, Blakenship is also a graduate of the 2019 Dallas Builders Association Leadership Program. She received her Bachelor of Science in Civil Engineering from Northern Arizona University and is currently a Texas Licensed Professional Engineer (Inactive) and a California Registered Professional Engineer.

Joe Ellis, principal, chairman of the board, and chief investment officer 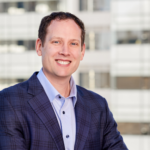 The Peak Group has hired Joe Ellis as Principal, Chairman of the Board, and Chief Investment Officer of the North Richland Hills-based firm’s emergent Peak Housing REIT.

After selling his previous company, Ollis comes to PEAK, SMARTCAP, Inc., where he transacted more than $350 million in commercial real estate and raised more than $150 million with 400 investors. Also notable is the achievement of more than 20 percent internal rate of return (IRR) across 20 investments.

Ollis began his career in a technical role for Microsoft, where he led teams for more than 10-years across multiple successful projects. He is a graduate of the University of Oregon with a  B.S. in Computer Science and Finance. He serves on the board of Bellevue, WA International Ballet Theatre, a non-profit dance company.