Bonchon, the internationally revered restaurant brand known for its Korean fried chicken, announces the relocation of its New York City headquarters to Dallas by Jan. 1, 2021. The company’s move to Dallas aligns with plans to build a bigger retail footprint in Texas. Bonchon expects to open its first company-operated fast-casual Dallas restaurant in Addison in February of 2021 and anticipates another three to four openings, including a delivery and carryout only location, in Texas within the year.

Bonchon’s corporate office transition will result in a more centralized location to better serve franchise partners on both coasts while creating new opportunities for candidates in the Dallas region and allow existing New York employees to transition to Dallas or work remotely. Bonchon has already begun hiring in Dallas and expects to add about 20 new team members for the corporate office at 15660 Dallas Parkway. That number is expected to grow over the next several years.

Founded in South Korea in 2002 and established in the United States in 2006, Bonchon, Korean for ‘my hometown,’ currently has more than 100 U.S. restaurants, including one in The Colony. 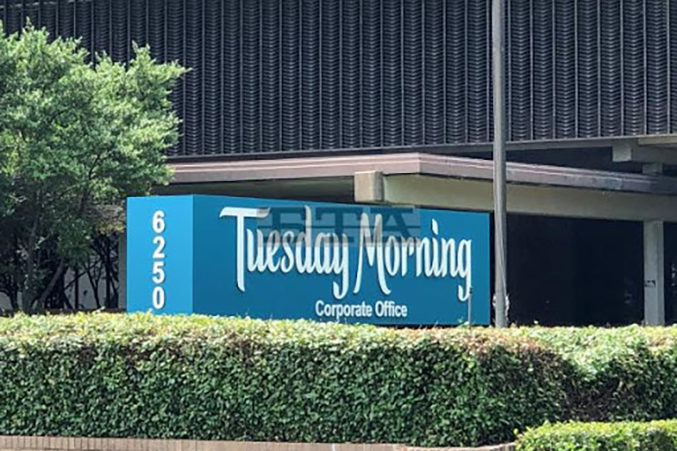 Tuesday Morning has sold its local headquarters at 6250 LBJ Fwy. and three area warehouses for $60 million. The buyer is Miami-based Rialto Capital. The deal will close by the end of the year. Tuesday Morning is closing 230 stores across the country. That’s roughly one-third of its total portfolio.

Seefried Industrial Properties has filed a permit to build a 141,360-square-foot warehouse at Shiloh Road and Breckinridge Boulevard in Richardson. Construction on the $19.5 million building will begin this December and complete in August 2021. PDMS Design Group is the listed design firm. 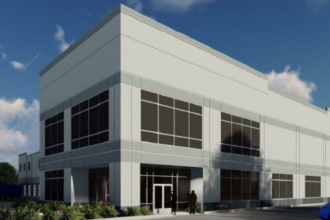 Johnson Development Associates, Inc., has announced plans to develop Forum Commerce Center, a 129,450-square-foot Class A industrial building located in the Great Southwest submarket of Arlington. David Eseke and Clay Balch of Cushman & Wakefield have been retained to oversee the property’s leasing. 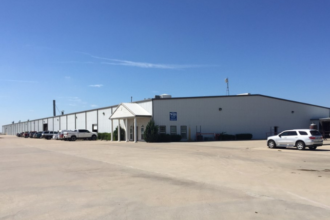 Ponder Property has sold its 100,000-square-foot building and 23.23 acres at 100 East FM 2449 in Ponder (Denton County). Dan Spika of the Industrial Division for Henry S. Miller Brokerage represented the seller. The buyer was Ferti Management Corporation of Saint-Michael, Quebec, Canada. 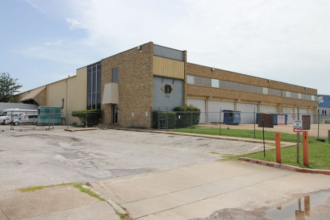 Displays, a 58,016-square-foot industrial property at 626 106th Street in Arlington, has sold. Adam Abushagur and Sam Martin with Marus & Millichap represented the seller, a private investor.

McKinney Metro Storage has filed a permit to build a 33,000-square-foot RV storage building at 414 Metro Park Drive in McKinney. Construction on the $2 million build is expected to begin in January and complete in August 2021. Hub City Productions is the listed design firm. 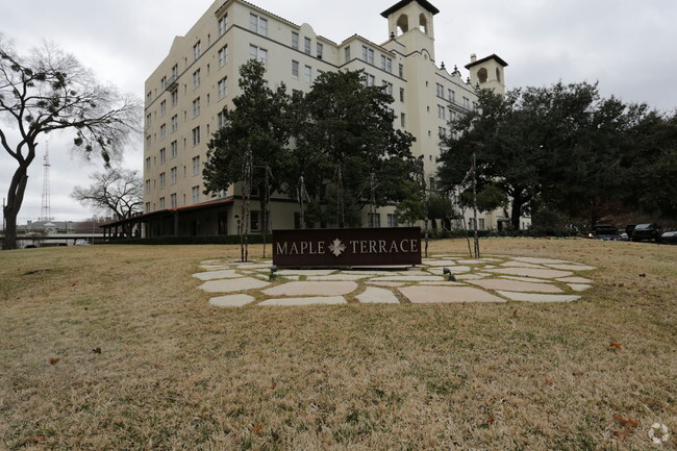 Hines has filed a permit to build Hines Maple Terrace at 3001 Maple Avenue, Uptown’s nearly century-old Maple Terrace apartments. The $96.5 million project will include a 21-story building over an 8-story parking garage and 345 residential units. The firm has also filed a $27 million permit to build a 7,749-square-feet office at the site. Construction is expected to begin in the first quarter of 2021 and wrap up in August 2023. GFF is leading design.

Wood Partners recently closed on a new property on South Forum Drive in Grand Prairie. Once complete, the new community–tentatively called Alta 161–will include 322 units comprised of one-, two- and three-bedroom apartment homes. Construction is set to begin in November with an estimated community opening date of late 2021. 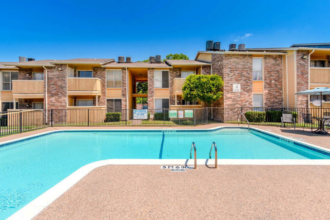 Bella Vista Creek, a 272-unit, Class B multifamily community located at 3402 S. Buckner Blvd. in Dallas, has sold. Austin-based GVA Management purchased the property from Canada-based AmeriCan Multifamily Alliance Group led by Patrick and Madeleine Gergen. Chris Deuillet and William Hubbard with CBRE Capital Markets’ Investment Properties in Dallas and Jeff Kunitz and Mike Canori with CBRE Affordable Housing in Seattle represented the seller. GVA Management already had a significant presence in the Dallas-Fort Worth market as they currently own and manage over 1,200 units in multiple complexes in the area. 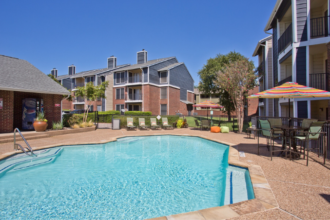 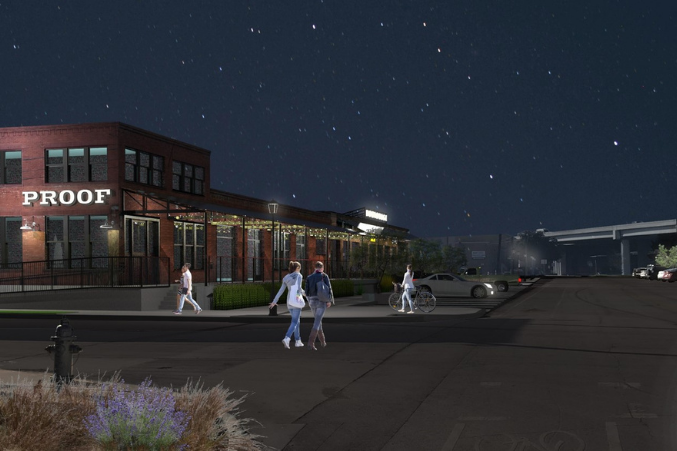 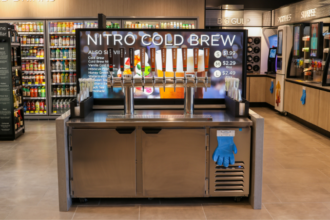 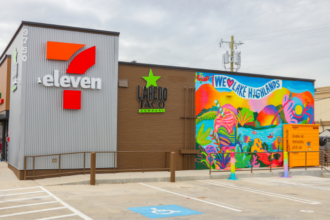 If you’re not familiar already with 7-Eleven’s Evolution Store concept, it is a one-stop-shop for everything you’ve come to love and expect from 7-Eleven, but also the retailer’s latest innovations in a revolutionary new store format, plus a quick service restaurant, Laredo Taco Company.

7-Eleven has opened its second evolution store in the Dallas-Fort Worth market. The store is located at 9750 Walnut Hill Lane at the corner of Audelia Road in the Lake Highlands area and is only the second in Dallas, following the store at Sylvan | Thirty, and the fifth in the country.

LTCC Properties purchased 8,168-square-feet of retail space at 2008 North Highway 121 in Bonham. Troy Morgan of Structure Commercial represented the buyer, and Phillip Levy of Marcus and Millichap represented the seller. 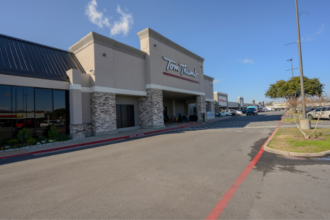 The largest Hand & Stone Massage will open in Arlington in early 20201 with its Lincoln Square storefront relocation. The spa has leased 5,000-square-feet in Fielder Plaza. Michael Sweet with Weitzman handled negotiations as the exclusive leasing agent for the shopping center.

Primo’s MX Kitchen & Lounge, which has opened locations in Uptown and downtown Dallas this year, is about to reach another part of town by opening a new location in the North Dallas/Preston Hollow area. At 8611 Hillcrest Road (in the former Nosh Bistro space), Primo’s Hillcrest will open Monday, Nov. 23.

Whataburger has filed a permit to build a 3,697-square-foot restaurant at 382 E. US Highway 80 in Sunnyvale. Construction on the $1.594 million build will begin in January and complete by April 2021. Heights Venture Architects is leading design.

Cool Drinks has subleased 2,555-square-feet at 331 E U.S. Highway 377 in Granbury. Stephanie Jacobs and Mai Nguyen of RESOLUT RE represented the sublessor.

A 2,500-square-foot Shell at 2801 N. Fitzhugh Ave. in Dallas has sold. Joe Santelli of Marcus & Millichap represented the buyer and seller.

Herbalife has leased 1,439-square-feet at Woodmont Plaza North, 6200 McCart Ave in Fort Worth. Colin Cannon and Brian Sladek of RESOLUT RE represented the landlord.

Floor IT has leased 1,260-square-feet of space in The Plaza at Rockwall,  1015 E. IH-30, to relocate its Rockwall store. Gretchen Miller and Stephen Wise with Weitzman handled negotiations as exclusive leasing agents for the landlord, SHOPCORE.