Due to shareholder pressure, corporate America reacts very strongly to dips in profitability with mass layoffs, furloughs, and other cost-cutting measures. American Airlines and Southwest Airlines (both headquartered in DFW) have done this. As of August, American Airlines had announced a combination of 40,000 layoffs and furloughs. 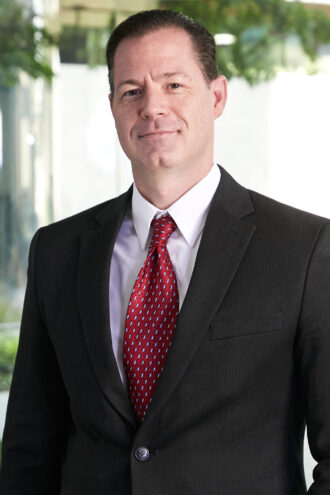 Other companies have shed fewer jobs but are trying to control costs by dumping large amounts of sublease office space on the market or consolidate multiple locations into one. Many of these companies are troubled retailers that are headquartered here (JC Penney, Neiman Marcus, Tuesday Morning, Gold’s Gym, Chuck E. Cheese, Pier One). All of these companies are currently going through bankruptcy restructuring, and yet some of them—Pier One, for example—will have to liquidate.

Outside of retailers, other corporate companies are experimenting with remote working outside corporate headquarters. For example, Dallas-based ClubCorp has all of its 81,637 square feet of office space at Element Towers East on the market for sublease.

It is too early to tell how productive remote workers remain over long periods of time. It’s one thing to have an established employee working from home, but more difficult to maintain a strong corporate culture of new hires that work primarily remotely.

Some industries are well suited to it, while others will likely find it negatively impacts innovation and team-building. Regardless of how this plays out over the long term, the immediate impact has been a record level of sublease space available. As of the end of September 2020, there are about 9 million square feet of office sublease space available.

But, all is not doom and gloom. Even as corporate America continues to struggle (along with most of the country), DFW has one of the most diverse economies in the U.S. and is outperforming most other major markets. As of August 2020, job losses for DFW were 3.1 percent compared to major tourist markets like  Honolulu or Las Vegas, which have seen 14 percent and 12.2 percent job losses, respectively.

Longer-term, DFW’s more affordable home prices, lower costs of living, and tax advantages are expected to play a key role in high net migration to Dallas-Fort Worth for the foreseeable future. Companies and individuals from higher-priced coastal markets like San Francisco, Los Angeles, and New York City have made a mass exodus to other parts of the country. Texas and Dallas-Fort Worth, in particular, have been one of the primary beneficiaries of this trend. Companies like State Farm, Toyota, McKesson, Deloitte, Charles Schwab, JP Morgan Chase, and Liberty Mutual have all either relocated or significantly expanded DFW operations over the past few years.