Deal of the Week

Genesis Wome’s Shelter has announced plans to build a $15 million facility in Dallas.  The expansion will double the number of women and children served from 3,700 to 7,500 through advocacy, counseling, and legal services, with groundbreaking expected in the spring of 2022, officials said Wednesday at the nonprofit’s virtual luncheon. 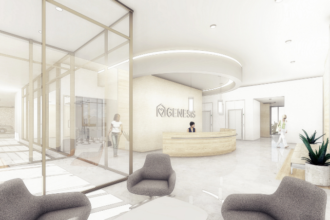 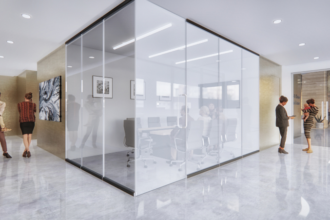 The new center will further this mission by doubling the non-residential number of women and children served each year from 3,700 to 7,500.

Currently, Genesis operates two locations: a safe campus, including an emergency shelter and transitional housing, and a non-residential office (located off Lemmon Avenue near Oak Lawn). In response to rising demand for non-residential services, the new non-residential  28,600 square-foot center will establish evidence-based centers for treatment, advocacy, and education, with groundbreaking expected in the spring of 2021. Genesis has raised more than 80 percent in philanthropic support to-date, including donations from the David B. Miller Family Foundation, The Rees-Jones Foundation, Nancy Best, and a challenge grant from the J.E. & L.E. Mabee Foundation. Beck Architecture is leading the design.

Cat Alexander has filed a permit to renovate an existing 150,000 square-foot Sears at Red Bird Mall, 3662 W. Camp Wisdom Road, for the UT Southwestern Clinic. Construction on the $12.5 million project will begin in October and be complete by November 2021. Perkins & Will is leading design.

RG Colling has filed a permit to build Colling Shady Trail Warehouses, 100,000 square foot building at 10869-10875 Shady Trail in Dallas. Construction on the $8.8 million project is expected to begin in November and end November 2022. CPY Architecture is leading the design.

Allied Waste Services of Fort Worth has filed a permit for an interior finish out of 76,344 square feet at 4970 S. Merrifield Road in Dallas. Construction on the $4 million project is expected to begin in December and end August 2021. Larson Design Group is leading the design.

Princeton Meadows Storage has filed a permit to build a 63,421 square-foot self-storage facility at US Hwy 380 and Princeton Meadows Boulevard in Princeton. Construction on the $3.8 million project is expected to begin January 2021 and be complete by January 2022. David Baca Studio is leading the design.

Southland Holdings has filed a permit to build a 43,222 square-foot office building at the NE corner of Kubota Drive and SH 121 in Grapevine. Construction on the $2.9 million finish out is expected to begin in September and finish by the end of the year. Alliance Architects is leading the design.

Sentient Energy has filed a permit for 29,922 square feet of tenant improvements of its 1st generation space at 15815 Executive Drive Suite 300 in Frisco. The about $2.75 million project will begin Sept. 14 and is expected to be complete by December. Entos Design is the listed design firm.

Medical City Frisco has filed a permit for its Bed Tower Addition, a 22,000 square-foot horizontal expansion of non-patient services, and the addition of a central energy plant. The $60 million project is expected to begin in January 2021 and finish in October 2022. Perkins + Will is leading design.

KAI Enterprises has filed a permit for a “DFW Office Relocation” at Riverside Commons, 5010 Riverside Drive Suite 200 in Irving. The $150 million project will renovate 10,600 square feet in the building, and construction is expected to start and end in September. KAI Design is leading design efforts. Pabts Brewing Company is the listed owner of the space.

Mohr Capital has recently sold a 400,000 square-foot warehouse facility located in Grand Prairie to TA Realty, a Boston-based real estate investment group. This sale marks Mohr Capital’s seventh transaction of the year. TA represented themselves in the transaction, and Jonathan Bryan with CBRE represented the seller. 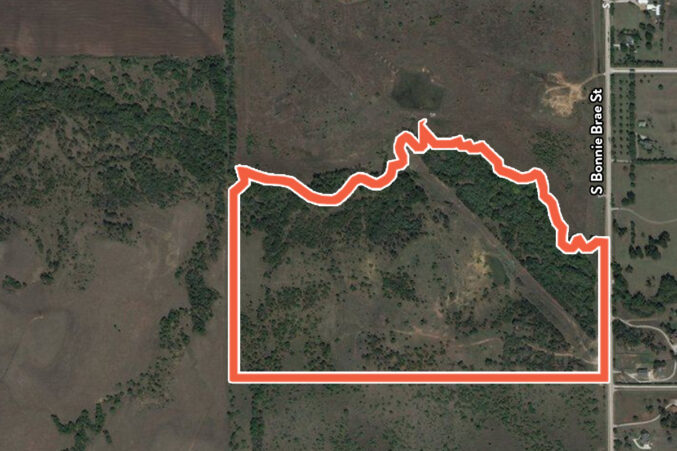 The land adjacent to the D.R. Horton site is a future 200-acre City of Denton park and sports complex.

D.R. Horton has purchased 53-Acres for a new housing development on the south side of Denton. The 52.94-acre development is along Bonnie Brae Street, east of Interstate-35W, west of Bonnie Brae, and South of FM 2449 on current agricultural land. Younger Partners’ David Hinson and Tom Grunnah brokered the transaction. D.R. Horton plans to build 206 homes on 50-by-120-foot lots.

Hilltop Residential bought The Lyla in Richardson, a 240-unit apartment complex located at 3521 Wilshire Way. The property was sold by Dallas-based JLB Partners, which built the property in partnership with Crow Holdings.

PJE Investments has acquired a recently constructed medical office building totaling 8,870 square feet located at 4901 Windhaven Parkway. Kevin Butkus and Corbin Tanenbaum with Weitzman handled negotiations for the seller. Tonya La Barbara, with Legacy Commercial Realty, handled negotiations for the buyer. Rosemore Eye Care occupies one of the project’s two spaces, with the other being marketed for lease. Prime Psychiatry will be occupying the building’s remaining space, which totals approximately 5,900 square feet, as an owner-user. 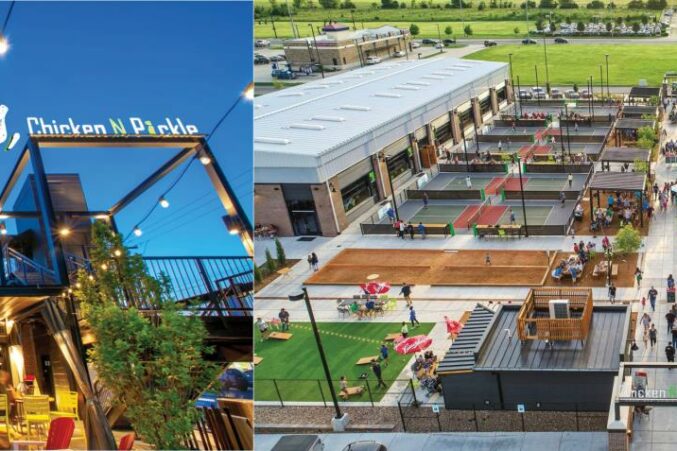 Chicken N Pickle opened its flagship location in North Kansas City in 2017. It soon followed with a location in Wichita, Kansas, where a nationally recognized pro invitational tournament was held in 2019, its opening year. A third location opened in San Antonio in 2020.

Chicken N Pickle, an indoor/outdoor entertainment complex including a casual, chef-driven restaurant and sports bar that boasts pickleball courts, shuffleboard, and a variety of yard games, is set to open near the 2900 block of Esplanade, adjacent to the service road along President George Bush Turnpike, in 2021. Bill Crooks, an acclaimed restaurateur, collaborated with Johnson to create the Chicken N Pickle concept. The company is pursuing a joint venture with the City of Grand Prairie wherein the city will own the land, develop parking needs, and lease to Chicken N Pickle for this use.

Legacy Bagels has leased 1,870 square feet at the Shops at Three Eighty, 2281 E University Dr in Prosper. Brian Sladek and Chris Flesner of RESOLUT RE represented the landlord.