In the 109-year history of the Indianapolis 500, the race has only been canceled six times — all of which were due to war. This year is the first that the race did not run in May; it has been moved to Aug. 23 due to the coronavirus pandemic. But if it truly is all about the fan experience, as Roger Penske, the new owner of the Indianapolis Motor Speedway and IndyCar Series says, the Indy 500 will be delayed until “it can be run with fans in seats.” And to this, I say, “Hallelujah!” 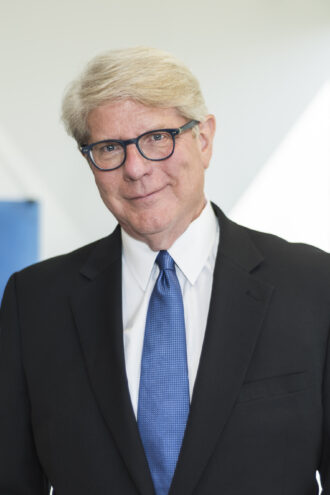 Last month, on June 6, I watched in amazement as the Genesys 300 race was broadcast from Texas Motor Speedway without a single spectator in the grandstands. Seeing televised sports without fanatics in the stands is just lackluster. We have all attended major sporting events and felt the excitement and energy of a massive crowd.

I thought back to my most memorable sporting experience: standing front and center at the starting line before the running of the 1999 Indianapolis 500, amid 400,000 fans, and as a guest of Team Xtreme. My business partner Chris Barnes and I had won the privilege and honor to be there through a Make A Wish Foundation of North Texas “Wish Night” live auction item. I had attended the race several times, but I was especially thrilled to be able to be a part of the Indianapolis 500 from a team owner’s perspective.

A Day at the Races

Our experience, sponsored by Team Xtreme from Rockwall, was done upright, with tickets to the carburation day pit crew competition, 500 festival parade grandstand seats, full pit, and garage access, and on the track access the morning of the race.

Chris and I and a couple of clients were ushered into an infield parking space next to “Gasoline Alley” with our owner’s pass. It was a slightly overcast day that continued to get hotter and more humid by the minute. After breakfast in the Team Xtreme dining room, we headed toward “Victory Lane” to check out the pre-race activity on the pit road.

The intensity of every crew member, owner, and authorized team guest was over the top. Another Texan and four-time winner of the 500, AJ Foyt, sponsored a race team that would factor into the excitement we experienced. One thing was for certain, within a few hours, one driver’s career was about to change forever.

Marching bands and ceremonial flyovers started the formal race festivities. As I looked toward the oncoming aircraft, including a B1 Lancer, our position near the starting line displayed the sheer magnitude of the crowd. Did I mention the 400,000 fans in attendance? No one place on the track allows you to see the entire expanse of spectator seating — but from the starting line you gain a whole new respect for the importance and pageantry of the so-called “greatest spectacle in racing.”

Our attention turned to the podium at the base of the control tower as Jim Nabors belted out “Back home again, in Indiana,” and Mari Hulman George, daughter of Tony Hulman, gave the order for the drivers to start their engines.

Team Xtreme rookie driver, John Hollansworth, Jr., qualified in the 12th position, starting on the outside of Row 4. The 200-lap race was very clean until leader Arie Luyendyk unexpectedly lost control of his car on Lap 118 as he closed too quickly on a slower car.  The biggest surprise was race leader Robby Gordon running out of gas on the 199th lap, opening the door for Kenny Bräck and AJ Foyt Enterprises to win the historic Borg Warner Trophy. Hollansworth finished 13th and bolstered Team Xtreme’s confidence to return in 2000.

I am elated to know that this year’s Indianapolis 500 will either be run in-front of fans or not at all. My hat is off to Roger Penske for taking the fan experience to the next level with a multi-faceted suite of 5G technology available to spectators.

Plano’s NTT Data is also adding to the experience for the race enthusiast by implementing a 5G technology called the Accelerate Smart Platform. Roughly 150 data points will be transmitted in real-time for each car and driver.

Multiple live feeds from cameras and monitors will venture into previously uncharted territory with predictive software forecasting likely driver maneuvers and identifying the cars’ untapped potential — or accurately predicting when a race leader may run out of fuel on the last lap.

It all makes me realize this: Despite the many challenges ahead, we can hold onto our traditions in safe but meaningful ways, and 2020 can be a year of technological evolution and human triumph.