Although much of the world still seems to be on pause, Dallas real estate developer and investor Terrence Maiden, CEO and managing partner of Russell Glen, has stayed relatively busy.

“When the government issued the shelter-in-place order, construction was still deemed as essential work,” he told D CEO. “This allowed us the opportunity to forge ahead with several different construction projects, including a handful at RedBird.”

Maiden and Peter Brodsky, who owns the former Red Bird Mall, are leading a $160 million transformation of the Southern Dallas property into a mixed-use development, complete with retail, office, hotel, multifamily and healthcare space. A majority of the work is scheduled to be finished by early 2022.

In recent months, the team has opened a new 20,000 square-foot Footlocker power store on the Lawn at RedBird and are well into construction a Parkland clinic, Frost Bank building, and site infrastructure. Additionally, Palladium USA has started going vertical with its new 300-unit luxury apartment component, and work should begin a new 150,000-square-foot medical center for UT Southwestern this fall.

We recently talked with Maiden to learn more—and to find out what’s next. Here are excerpts from the conversation.

D CEO: COVID-19 has been exponentially hard on retail, do you think it will impact RedBird?

TERRENCE MAIDEN: “Yes, we have seen the impact of COVID on many of our small businesses at RedBird. Unfortunately, a handful of our tenants will be forced to close. I am sure many other small businesses are experiencing similar effects across southern Dallas due to being undercapitalized.

“Regarding the long-term impact, I still don’t think that the answer has really been revealed yet. I do believe that when we get back to some sort of normalcy that people still want to be out and interact with each other in some form. Even before COVID-19, retail was experiencing its share of problems. Consumers are expecting more of an experience when it comes to retail shopping. I believe we will see more of that.

“Russell Glen, as a company, has been looking at other malls across the country well positioned for redevelopment. Ultimately, I believe that there is going to always be the need for grocery stores, retail, and basic need options in these communities; it may just look and feel vastly different.” 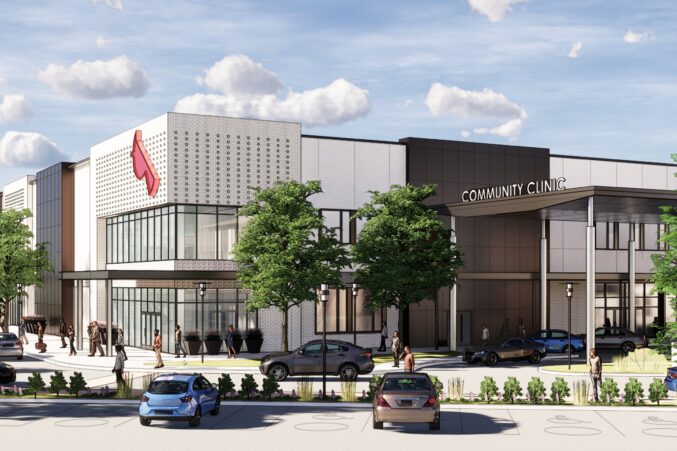 D CEO: A lot of the tenants you’re bringing to Southern Dallas are addressing critical needs—like healthcare and food deserts. Have you seen the need magnify with COVID-19?

MAIDEN: “My focus originally was just bringing quality amenities. Those amenities kind of evolved as a society has rebuilt certain things. With COVID-19, it opened up my eyes, and I’m sure the eyes of our country to some of the disparities of healthcare and some of the challenges that these communities are faced with.

“And not only just being reactive to a healthcare sort of situation, but what can we do to be more proactive going forward, like preventative care, access to healthy options for people to for groceries, then also what sort of community amenities can we incorporate in our developments, like a really nice walking trail where people feel comfortable getting out and exercising. Can we start using public green space as anchors for projects? There’s going to be a lot of opportunities going for coming out of this.

“What we’re doing at RedBird is a great model. It’s community-based. You have the support from the city of Dallas, which is critical. You are going into an area of need and addressing some of those challenges. I think that is the model. It’s the perfect intersection if you will. It assures me that I am focused on the right things.”

D CEO: You say support from the city is critical; why is that?

MAIDEN: “It’s important because, for a lot of these communities, one of the reasons why they haven’t been redeveloped and invested in is because it’s undercapitalized. It takes city involvement and certain incentives from the city to make it a reality. City involvement very early in the project was very meaningful and has given us the wind behind our backs to keep pushing ahead.

“Some of the things that we often take for granted, like having quality transportation and being able to get around. A lot of these communities don’t have that. If they are exposed to COVID-19, they’re exposing other people … using public transportation or [by] having someone pick them up and take them places. There’s a litany of issues and challenges that often face these communities.” 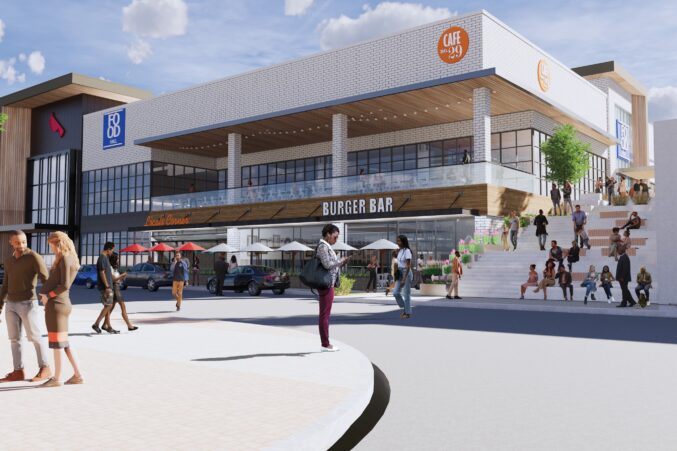 North Building rendering of the RedBird development in Southern Dallas.

D CEO: Do you feel like your efforts have given underserved communities more of a voice?

MAIDEN: “Hopefully, coming out of this, once RedBird is at that stabilization, other cities will see this as a model that they can implement in other urban markets. I think the Dallas [officials] have always been interested in and cared about this area. They were looking for the right team to maybe come alongside to do it, so I think the desire has always been there. It’s just finding the right opportunity.

“I hope that as you look at the landscape of the country, there’s a lot of [areas] of poverty and a lot of urban and disenfranchised communities that need to be invested in and that RedBird would be a model to show other cities how public-private partnerships can work and be meaningful for a change.”

D CEO: How do you handle issues that surround gentrification when lifting up a community like Southern Dallas?

MAIDEN: “You have to be a lot more mindful about your development approach. Gentrification is real. You see other cities like Harlem and the impact of coming in and doing major revitalization and how it pushes people out. Our approach has been much different.

“It is helpful to get the city involvement, too, because when you look at the capital market, for you to come in and make significant investments, you have to increase rents, you have to make it a more attractive project, and often that increase of rent pushes people out. If we’re able to keep that affordability component, a lot of times that people in the community can stay there and stay put.

“I heard a lot of different conversations about how you can approach [property taxes] because that is a fear. I do think that with all the improvements that we’re making within these different corridors, it becomes a lot more appealing for people to want to move back there. And, the city has to recoup some of the dollars they put out, and they do that through raising taxes over time. It is a fear. How can we keep taxes based on a level where it’s affordable for people that’s been a community for a long time?” 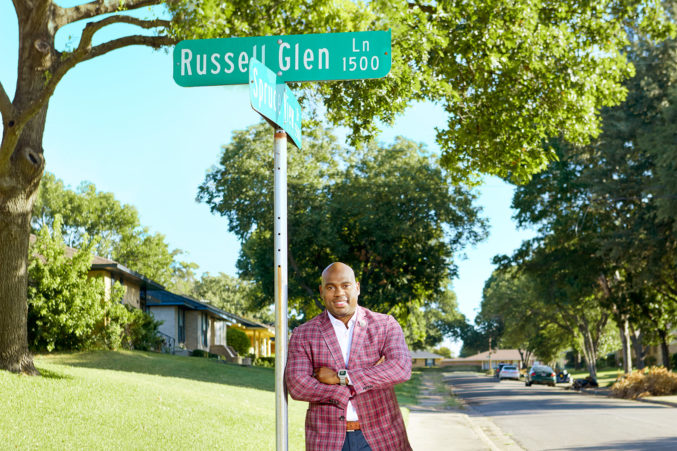 Maiden’s company is named for the street on which he grew up.

D CEO: Southern Dallas is home for you. Personally, what does this revitalization mean to you?

MAIDEN: “When I went to TCU, and I graduated and came back. I saw how the community I grew up in changed so much over a very short period of time. Red Bird Mall had once been so vibrant, there were different grocery store options to choose from, and then you come back, and there’s just a ton of vacancy. It was alarming.

“I set on this path to see how we can invest in the community and do it in a way that is strategic but also community-based. One of the advantages, because I grew up in a community, is that there’s a level of trust that’s been established. There’s a level of confidence. That’s been rewarding, as well.

“It does mean a lot to come back and drive through the areas that you grew up in, knowing that some of the efforts that you’re making are making a tangible difference. It’s really fulfilling.” 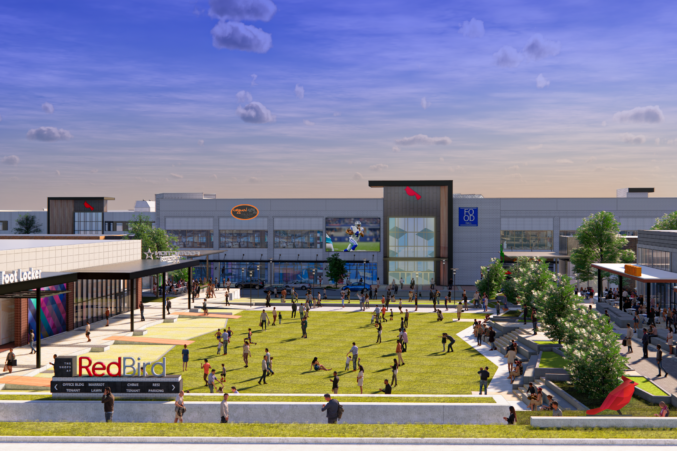 MAIDEN: “As a company, our focus has been RedBird. We’re also exploring some new opportunities that we’re pretty excited about hopefully we can announce before the end of the year. Regarding RedBird, we are just going to see construction going on, primarily, for the balance of 2020.

“People can get comfortable with knowing that their investments will get a good return. And they can also do social good while doing that.

“I think we’ll see a much better Dallas going forward. That’s just my hope over the years that we could look up 10 years from now, and Southern Dallas will look much different and that the capital is coming to the area and making a difference in these people’s lives.”

D CEO: What pockets do you see as being the most appealing right now?

MAIDEN: “The ones that jump to mind are right around the Dallas Zoo. That’s a great city asset that is close to downtown, right by Bishop Arts, right off the interstate. People are coming across the city to go to the zoo.

“I also think the rapid growth by UNT Dallas, which is the only public four-year university in the city, we see that as a vibrant option for development, too.”