Called the Parkwood, the building will be a joint venture by the Haggard family, the owners of the land site, local developer Cawley Partner, and the future building tenant, First United Bank. First United Mortgage Co. agreed to lease half of the building for its new headquarters—double the size from its current headquarters across the highway at 2805 Dallas Parkway.

The project will break ground in September and will be completed in the fourth quarter of 2021.

Designed by Gensler, the building—complete with 4 per 1,000 parking ratio—will be located at the corner of Windhaven Place and Parkwood Boulevard, off of the Dallas North Tollway in Plano. Kristi Waddell, of Crawley Partners, will prelease the remaining space in the building. (Sofia Krusmark)

Frost Brown Todd law firm has consolidated two of its Dallas offices into one at Rosewood Court in Uptown.  FBT now occupies about 30,000 square feet on Rosewood Court’s ninth floor.

“We have needed a place for all our attorneys to be under one roof for some time. We are excited that place is the iconic Rosewood Court in Uptown,” says FBT Dallas Member in Charge Dan Novakov. “Our team’s desire for a collaborative layout in Uptown made Rosewood Court the perfect choice. Rosewood has gone above and beyond to ensure our move was completed within the timeline we set when this process began at the beginning of the year.” 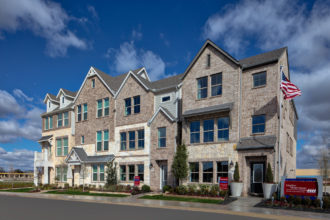 Homebuilder Taylor Morrison has acquired 112 lots with three-story single-family homes priced from the $260s. The new urban community, named Founders Parc, is located south of SH-183 off Industrial Boulevard/SH-157. The homes range in size from 2,024 to 2,882 square feet and two to four bedrooms. Founders Parc, developed by Centurion American, consists of 57 acres of commercial, retail, restaurants, and housing. Amenities include a  pool and clubhouse, as well as open space along canals and a 12-acre lake.

The $18.5 million Hampton Inn & Suites by Hilton Opens in Keller 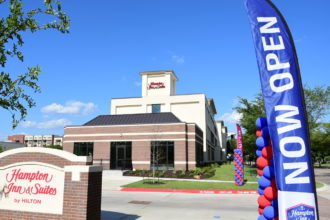 The hotel will also participate in Hilton’s new CleanStay program in the hopes of ensuring traveler safety during COVID-19. The program is the result of a collaboration with Lysol and the Mayo Clinic and will bring experts from each respective company to advise on cleanliness throughout Hilton-owned hotels. (Kelsey V)