The question of the decade in the early 2000s was, “Where were you on 9/11?” And after that, “What were you doing when the housing market collapsed?” Soon it will be, “How did you spend your time under lockdown? Remember when everyone thought we’d be working from home forever?”

Or maybe, “Remember when we all used to work in office buildings?!”

The work-from-home debate has been a hot topic in 2020. While no one knows for sure what (or where) the future of work will be, plenty has been written supporting both sides of the remote-work argument: 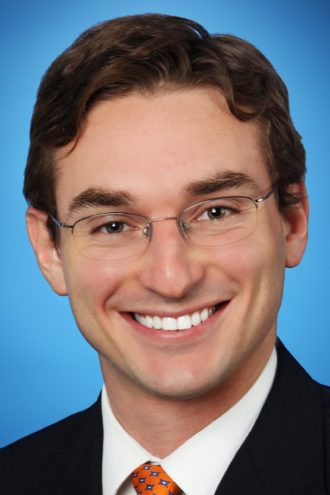 But let’s set aside the pros and cons list and attempt a thought experiment from a different angle. Assume that every office lease in the U.S. is terminated. Imagine a frictionless, 100 percent work-from-home starting point. If your firm isn’t contractually tethered to a location, are the owners and executives going to move?

If no one has to report into a physical office, where would the employees choose to live?

We don’t need to play out these hypotheticals because they lead right into a real-world question that can get us to approximately the same place: Why did you choose to live where you live now?

At its core, the economy is driven by choice. Every day, businesses and individuals make decisions about how best to produce and consume a vast array of goods and services. Technically, our daily life is just resource allocation.

And since we live in a world of scarce resources and finite decisions, there is an opportunity cost to every choice we make. Adam Smith, in his magnum opus The Wealth of Nations, identifies land (along with labor and capital) as one of the primary factors of production to generate economic profit. Consequently, the decision of where to locate is an important one.

Which brings us back to our question. As a business owner or an individual, why are you in your current city and not somewhere else?

I’d argue the cost is not your primary reason. If people were motivated entirely by a desire to keep expenses to a minimum, then major cities like New York and Los Angeles (and Dallas and Austin, for that matter) would look much different.

Taking this argument to its logical extreme would mean New York and Dallas might not exist at all. If cost minimization drove all location decisions, then the population would be spread out evenly across cheap land, not concentrated in large urban areas. So, something valuable must be happening in cities.

With the advent of the personal computer and the ubiquity of the smartphone, our ability to work from anywhere has been on the rise for decades. Yet, we’ve seen the U.S. population converge, not disperse.

And it’s converging at an exponential rate.

In recent years, the gig economy has substantially increased the potential mobility of labor, but freelancers, independent consultants, and start-up founders haven’t left big cities; they’ve flocked to them. Why? To paraphrase a concept from the University of Chicago economist Chang-Tai Hsieh, people move (or don’t move) from place to place to maximize their “happiness” quotient. And we can quantify that: Value (“happiness”) in a particular location equals Income multiplied by Quality of Life divided by cost, where “quality of life” is the set of amenities you enjoy as a resident, including weather, schools, restaurants, museums, sporting events, outdoor activities, public services, and proximity to friends and family. And most of these amenities become more valuable in denser networks.

Can this “happiness” quotient extend to businesses?

In a world as advanced as ours, why do tech firms convene in Silicon Valley and Austin? Do life-science companies need to be in Boston and Raleigh-Durham? Do government contractors still have to be near DC?

Why did Amazon select Northern Virginia for its HQ2? Why is Amazon even establishing a second headquarters at all? The answer lies in how much value relative to cost a business derives from planting a flag in a particular city.

Similar to an individual’s “quality of life” determination, a company makes a value assessment of a city’s “business ecosystem.” This ecosystem includes many of the amenities mentioned above, as well as things like regulation levels, workforce quality, proximity to customers and suppliers, and, most importantly, the innovation spillover and network effects gained from being close to peers and competitors. And the denser the network, the more valuable the ecosystem.

Now think about a company with a 100 percent remote, decentralized workforce. Are the attributes and experiences within a business ecosystem still available to that firm?

If the company’s employees indeed are scattered, then it will be challenging to benefit from the ecosystem advantages of any one city. And you can extend this argument straight into the halls and conference rooms of an office building.

If innovation, knowledge sharing, and spillover, or unscheduled strategy sessions arising from physical proximity to your colleagues are significant drivers of revenue at your firm, then I’d be hesitant to celebrate the limited cost savings coming from an office space purge. When you put revenue-generating productivity at risk, the opportunity cost is unlimited.

Other than a few outliers, most companies aren’t making drastic moves away from the traditional office. Still, many firms are starting to contemplate organizational structures that include some remote work.

One investment thesis gaining traction under a partial work-from-home future, according to an analysis from Moody’s Analytics, is that suburban offices come back into favor. The crux of the idea is a “hub-and-spoke” model, with satellite offices in the suburbs closer to where people live.

Companies could offer employees the option to work from home without entirely removing the opportunity to collaborate in person. This would check a lot of boxes on both sides of the work-from-home pros & cons list.

In a recent WSJ article, Harvard University economist Edward Glaeser, one of the most prominent voices in urban economics, described a scenario supporting this thesis in which he thinks we’ll see “more clusters of creativity in remote offices centered around consumer cities—places where people want to live.”

In the coming years, it’s possible this work-from-home trend completely fades away. But it’s also possible that it becomes the new reality. Under either scenario, work still requires real estate—a downtown skyscraper, a suburban office, a house, an apartment, or a coffee shop.

Working remotely does not eliminate the need for physical space. If you’re a real estate investor, the best advice is simple advice: follow population growth. Because even though we don’t know with certainty how people will work in the future, we know they’ll work somewhere.

David Seifert is a partner at Velocis.