When the market starts to change, people begin to talk. One of the hottest topics (outside of jokes about video conferencing or binge-watching the craziness of Tiger King) is the topic of rent reductions, which every real estate professional I’ve spoken with is being asked about.

The different properties are each experiencing different pressures based on the industries that they serve, with retail properties being hardest hit while industrial demand for logistics and related industries has seen the least negative impacts to date. The office industry is somewhere in between these two and is the focal point of this article. 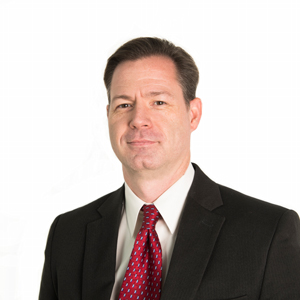 To understand where rents might go, it’s important first to look at where rates have been this previous cycle (high and low) and where they are now. 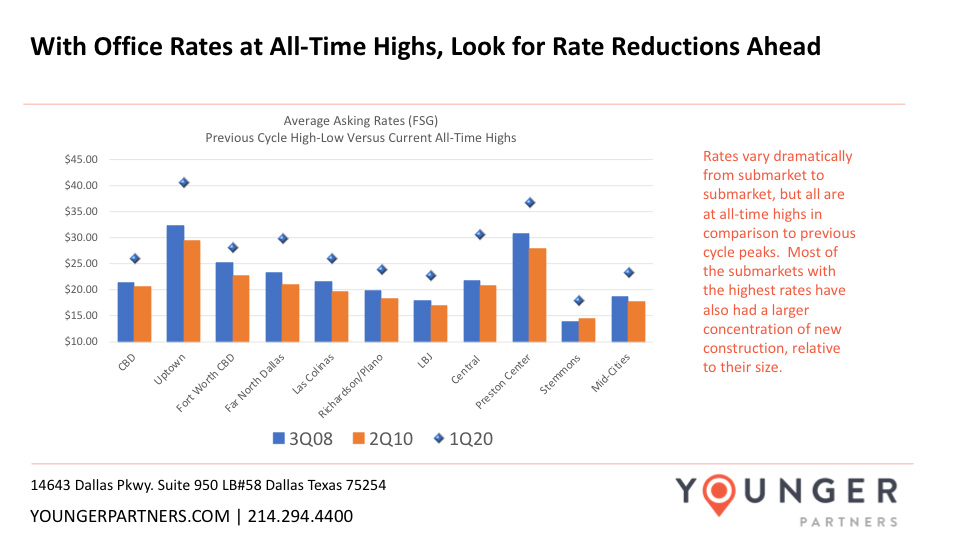 In the chart above, you can see the rates for all of the major submarkets for those same time periods.

Looking ahead, previous cycles show that submarkets with older inventories or emerging submarkets (the East Dallas submarket, which includes the Deep Ellum area, come to mind with a high level of construction underway) are most at risk for large swings in rental rates.