Even though most cities and communities are engaged in the war for talent and the businesses that hire them, most employers are tending to select the same large U.S. metro areas.
Chicago, Dallas-Fort Worth, and New York were the top-performing metro areas in the latest edition of The World’s Most Competitive Cities, according to Site Selection magazine.

2. Economic War among the States

Millennials, GenXers, and others with highly sought skills are finding themselves priced out of certain Tier 1 markets and are giving smaller cities consideration, including markets such as Chattanooga, Boise, and Columbus.
Attracting a relocating business to a particular place is fiercer than ever in the high-employment battle for talent. 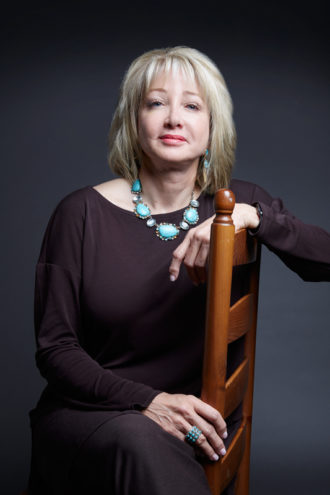 As a result, economic development organizations have come up with some creative ideas to boost their site selection prospects.

Choose Topeka: Topeka, KS, recently rolled out its Choose Topeka program that offers money to relocate to the city. Under the plan, people with job offers in Topeka can apply for up to $15K if they are looking to buy a house in the area, or $10K if they sign a one-year apartment lease. Topeka, KS, and the area’s natural resources support the food industry, and there are specialized training courses that businesses can use to train workers there.
Tulsa Remote: Looking to draw tech workers, Tulsa, Oklahoma, has created Tulsa Remote, which offers $10,000 grants to eligible applicants who commit to living in the city for a year and work remotely.
San Diego, California, will focus on life sciences.
Loudoun County, Virginia, has focused on becoming Data Center Alley.
Arlington, Virginia, commits Virginia Tech University to build a collegiate Center of Excellence, supporting computer science majors directly on the campus of the new Amazon H.Q.
Milwaukee, Wisconsin, has a strong economic development focus on water technologies.

3. All States vs. California

The Berkeley Institute of Governmental Studies found that 52 percent of California residents are considering migrating. A recent poll in New Jersey found that about 44 percent of its people want to depart.

Politicians in high-tax states claim that taxes don’t drive people out. Still, their constituents disagree: In the Berkeley poll, 58 percent of those considering leaving California said that high taxes were one reason, second only to the 71 percent pointing to the state’s astronomical housing costs.

4. The workforce will Trump all Other Site Selection Decisions.

With record-low unemployment rates, Texas and other states are no longer positioned to attract workers solely on the promise of jobs alone.

To compete, employers may have to pay more to recruit talent, which tends to impact some of the benefits of moving to Texas.

With few unemployed people looking for jobs, there is a potential limit on job gain.

More employers are offering non-monetary benefits, such as the chance to work remotely and becoming less focused on educational credentials.

One of the downward pressures on business growth is a lack of workers to fill the growing number of jobs, as the current job growth is double the rate of the growth of the labor force.

The tight job market is adding to an increase in overall wages and boosting consumer spending, but at some point, the higher wages and costs will kick off higher inflation.

Selecting a location that provides access to a skilled, educated workforce has never been more critical, as companies are looking for any advantage possible when it comes to hiring and retaining workers.

Rural communities will be challenged and need to demonstrate that they can meet workforce demands and provide access to amenities that a younger demographic is seeking.

More data is available than ever before, which makes the location site selection process more difficult.

Companies are demanding more advanced site selection analytics to complement the resources they have in-house.

Chief Data Scientists are becoming key members of the real estate team, along with the H.R. teams that must deal with the talent attraction and retention.

7. Industrial Real Estate will be the Big Winner

Last-mile logistics is the critical need of the online retail market, which has done nothing but expand since the end of the recession

The need for increasingly faster delivery will drive up demand for both light industrial properties and bulk warehouses in last-mile areas.

Amazon ended its ground delivery contract with FedEx as part of a plan to grow its own logistics network to provide same-or next-day delivery.

Amazon has increasingly become a competitor for FedEx, as Amazon works to bridge the “last-mile” gap.

To achieve this time-sensitive goal, Amazon and other e-commerce companies are increasing reliance on last-mile distribution centers near population centers.

This last-mile focus is driving e-commerce firms to seek additional warehouse space near large cities to facilitate quicker and more efficient distribution to customers. It is already estimated that Amazon has centers located within 20 miles of half the U.S. population.

“Nano” warehouses will become popular for last-mile delivery in large, dense market areas. These are 600-1,000 square feet, on a ground floor with a storefront and accessible for bikes or local delivery crews. Bond, a prop-tech firm in Manhattan, offers storage, pick-and-pack services, and deliveries to Manhattan and Brooklyn. The price is charged per item, depending on the weight and number of delivery windows needed.

In some urban areas, industrial land prices have increased beyond reason.

According to Bisnow, in their race to build closer to urban consumers, industrial developers want to pursue infill properties and turn them into distribution and logistics hubs so they can provide cheap and speedy delivery to the urban masses.

For infill properties to be attractive, cities need two factors: population density and vehicle congestion. There has to be a large group of consumers the developer hopes to reach and sufficient traffic to make delivering goods from more extensive suburban facilities prohibitively expensive or time-consuming.

Turning an infill site into a logistics hub presents further difficulties, as many infill sites do not have the requisite infrastructure. Developers will find themselves retrofitting 1970s-era buildings that were never meant to accommodate box trucks, let alone 53-foot trailers.

9. 3D Printing will Increase the Need for Industrial Real Estate

3D printing is a computerized way of manufacturing with little waste. In essence, a company only needs someone to design the program, and from there, the printer does the work for everything from airplane parts, shoes, medical equipment, metal products, etc.

This will increase manufacturing capabilities, which will result in an increased need for more warehouse space

As an example, the FDA has just approved airway stents designed using C.T. scans and proprietary 3D visualization software. The lung stents, matched to the exact specifications of a patient’s natural anatomy, enabling the opening of airways for individuals with severe breathing disorders.

The stents are then made with a 3D printer and injected with medical-grade silicone, which seems to have greater acceptance by the body, increased comfort, and improved performance outcomes.

Both employers and employees want an open, collaborative space that is full of amenities.

In offices space today, conference rooms, gyms, common amenities areas, and grab-and-go delis are considered the minimum requirement – not even looked upon as amenities anymore.

Restaurants, gyms, and retail space on the first floor of a building or within walking distance are very attractive, as is having an outdoor space.

Developers will be figuring out how much use the amenities or facilities will get, and how much to spend to determine the ROI, which might not be solely higher rents; it might include less downtime when the tenant turns over or improved tenant retention.

The successful office markets will be in those areas with growing populations, higher barriers to entry as the population becomes denser and are attractive to younger professionals, such as Austin, Denver, Dallas, and Nashville

Landlords will be looking at creative ways to secure tenancy and renew leases long before the leases are set to expire.

Investors will be attracted to properties with leases that are set to expire in five or fewer years and that have 3 percent annual rent increases in place. They can then work with tenants and renew their leases at market rates with annual increases

Many investors are avoiding the markets of the largest six cities — Boston, Chicago, Los Angeles, New York, San Francisco, and Washington, DC — because there’s a great deal of capital pursuing deals in these areas, driving down yields.

Many believe that the best opportunities are in the suburbs in the Sunbelt states, such as Atlanta, Orlando, Charlotte, Raleigh, and Phoenix.

The idea of homeownership as part of the natural progression of middle-class life has been a fixture of the U.S. economy since the 1920s, and certainly since the suburban expansion in the decades after World War II

Globe St says that half of U.S. renters, or 21 million households, spend 30 percent or more of their income on housing.

The lack of affordable housing will continue to be a need, and developers will seek out opportunities to refresh the aging 1970s and 80s vintage multifamily housing.

12. Creative Workplace Benefits (according to CNBC Make It)

13. Fastest Growing Jobs that will Dominate 2020

And finally, an observation about our “Innovation Economy from Richy Piiparinen, a director of urban theory and analytics:
“Silicon Valley matured via tech for the sake of tech: making computers, search engines, and software. Now, it’s 20-something dudes making solutions to replace what their mom did for them at home … laundry, food, rides around town and recommendations on where to eat. Put another way, it’s about consumption. That’s why Facebook and Google make the lion’s share of their profits on precision advertising.”