Rebranded as "The Quad," the mixed-use complex in Uptown will include a new 12-story office building.
By Bianca R. Montes | February 20, 2020|10:30 am
Advertisement

The firm acquired the four-acre site at the corner of Howell and Routh Streets in 2019. Rebranded as The Quad, the 500,000-square-foot mixed-use development will include a new 12-story office building, offering 335,000 square feet of workspace.

Construction will begin this summer, with completion scheduled for late 2022. 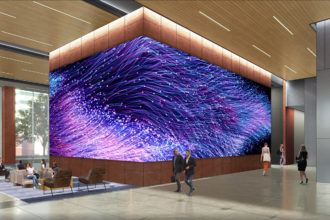 The lobby will feature a curated digital art installation–the first of its kind in a Dallas office building, Stream says—along with 11-foot ceilings, a fitness studio, and underground parking. 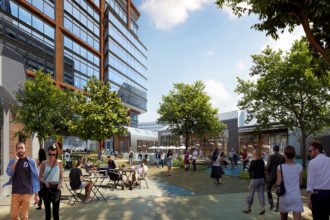 Additionally, the office building’s top floor will be home to The Quad Club, a penthouse amenity center with a tenant lounge, conference center, and rooftop terrace with views of the Dallas skyline. The property will also feature more than an acre of green space and five retail bungalows, totaling 15,000 square feet, which will house a mix of new-to-market coffee, elevated fast-casual, and full-service restaurants.

CrushCraft and Theatre Three will remain at The Quad. 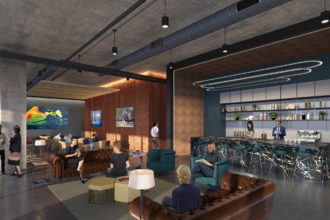 “Over the last year, we have cast a vision for The Quad that will reestablish the gravitational pull it had in Uptown for several decades,” said Ramsey March, managing director and partner of Stream’s Dallas office development group. “We believe the location, design, and amenity offering appeals in particular to creative class tenants looking for something different in Uptown.” 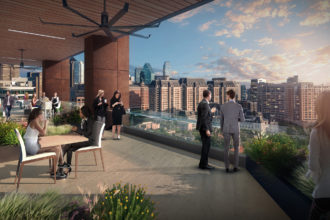 The Quadrangle, which was initially developed in 1966, was the first mixed-use project in Dallas. Offering approximately 194,332 square feet of commercial space in an eight-story office tower and one- and two-story retail and creative space, The Quadrangle also possesses significant additional development potential.

March will oversee the development of the property, partnering with the architecture firm, Omniplan. J.J. Leonard and Ryan Evanich with Stream will lease the office space, and RUE will lease the retail space.