D CEO Real Estate is proud to announce the return of our Deal Ticker, a recap of notable leases, sales, and new developments across all sectors and submarkets. To have your transactions and projects included, please send details to Real Estate Editor Bianca Montes at [email protected].

Reserve Capital Partners acquired Two Colinas Crossing located at 11511 Luna Road in Farmers Branch. Reserve Capital Management will take over property management and asset management of the building. Two Colinas is home to major corporate tenants such as IBM, S&P Global, BBVA, and Home Point Financial. The debt and sale of the asset were brokered by Clint Coe, Jason Piering, and Jack Crews at JLL. 2GR Equity out of Dallas partnered with Reserve Capital to acquire the asset. 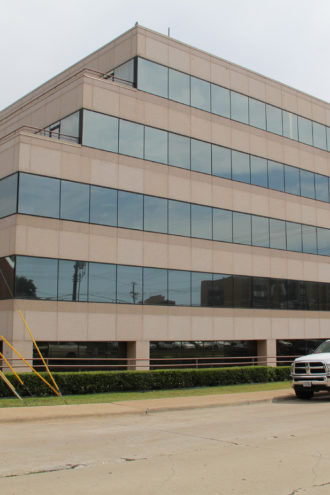 Southwest Transplant Alliance, a non-profit organ recovery organization, has sold the 33,561-square-foot office building that has served as its headquarters for 10 years as it prepares to move to a new headquarters location. The five-story office building, located at 5489 Blair Road, was acquired by Fears Nachawati Law Firm, a Dallas-based plaintiffs law practice. Mike Gosslee, senior director at Cushman & Wakefield, represented Southwest Transplant Alliance in its negotiations.

M2G Ventures releases plans for a 640,000 square foot, four-building Class A industrial development, located at I-35 and Golden Triangle Boulevard at 10705 N. Freeway. Seth Koschak, along with Stream’s Forrest Cook, vice president, and Brett Carlton, associate, will lease the project on behalf of M2G Ventures. Stream’s development team lead by Albert Jarrell and Cannon Green were tapped to assist with construction. 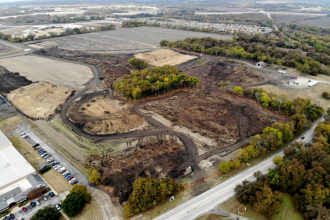 Atlanta-based Core5 Industrial Partners has broken ground on the 65-acre site for its new Core5 Logistics Center of McKinney, located off North McDonald Street (State Highway 5) between Wilmeth and Bloomdale, in McKinney. The project’s initial phase creates 431,710 square feet of industrial space in the first two buildings. Construction of The Core5 Logistics Center’s buildings A and B began in November 2019, with completion scheduled for early summer 2020. Dallas-based Citadel Partners, LLC. was contracted in February 2019 to represent Core5 for this project.

Benjamin Moore is expanding its operations in the Dallas-Fort Worth area by opening a 238,000-square-foot regional distribution center in Lewisville. The company has signed a lease in 121 Lakepointe Crossing, located at 2525 E. State Hwy. 121. Mark Collins, managing director at Cushman & Wakefield and colleagues Dean Collins and Bill Brown, represented Benjamin Moore in their property search. 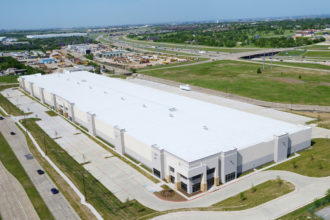 Han’s Laser, a China-based public company, signed a 44,685-square-foot long-term lease on a facility in Carrollton for their subsidiary, Han’s Laser Smart Equipment Group North America. Han’s Laser Smart Equipment Group is a world-leading laser machinery provider for industrial manufacturing, and this move will centralize their southwestern U.S. operations. Chad Albert, a principal/partner at NAI Robert Lynn, represented the tenant in the deal. 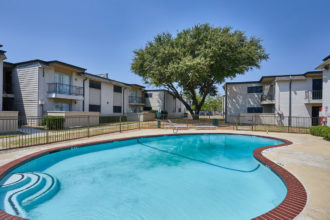 Marcus & Millichap announced the sale of The Apartments at Fountains Corner, a 418-unit apartment property located at 5046 Hildring Drive East in Fort Worth. Al Silva, senior managing direct investments in Marcus & Millichap’s Fort Worth office, exclusively marketed the 62-building property on behalf of the seller, Dallas-based WAK Management, who had owned the property for more than 20 years.