Pony Oil, a land-focused oil and gas company, is expanding its Uptown footprint by moving from its current 8,000 square-foot office space at 4245 N. Central Expy. to nearly 12,000 square feet in the newly renovated, nine-story office building owned by Prescott Group at 3100 Monticello Ave. 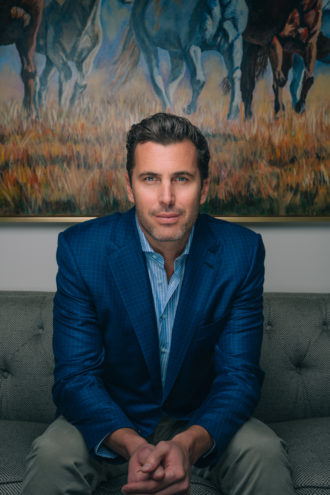 The move follows years of high growth (20 percent year over year) for the country’s largest independent aggregator of mineral and royalty interests. Founded in 2012 from a laptop in Starbucks, Pony Oil today has more than 35 employees and $145 million in revenue for 2018.

The company was drawn to 3100 Monticello because it has been recently renovated and is in a highly walkable neighborhood in Uptown near a variety of restaurants, says Baty, executive director at Cushman & Wakefield.

“Pony Oil ran out of room at their current building, but they wanted to stay in the area,” Baty adds. “This new lease will allow them to more than double in size as they continue to sustain their steady growth. The company also wanted to take advantage of the newly-renovated building under its new ownership, Prescott Group. Once they move in, they will be able to walk to many amenities in this area, which makes it attractive for a fast-growing oil and gas company looking to flourish. Additionally, their sign will be on the top of the building, which allows for great brand exposure.”

The company plans to complete its short relocation by February 2020.

“We are excited to begin 2020 with a fresh start in our new office at 3100 Monticello,” says Pony Oil founder and CEO John Paul Merritt. “Our employees work hard, so being able to offer them the newly-remodeled facility and all of its amenities will be a great asset. We look forward to our new headquarters and cannot wait to continue to grow our company.”

Kyle Bramlett and Wes Combs, of Cushman & Wakefield’s Project and Development Services Group, will oversee construction on Pony Oil’s new office space. The company will move into the new space in early 2020.

Can Coconut Oil Replace Your Beauty Routine? We Give It a Try. (Oil Pulling Included!)