I met Adam Neumann once.

It was 2016, and our team was in New York City meeting with various WeWork leaders at their headquarters in Manhattan. Along with several other meetings throughout the day, we met briefly with Adam, who had an entourage of about 10 people following him. He seemed to be making one decision after another while he was on the move, but he still offered us a friendly greeting. 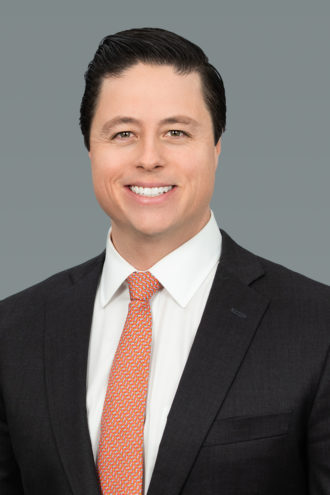 At the time, our team’s flexible workspace and co-working practice was a year old, and we were there to build relationships.

It was very exciting to be at the headquarters of the fastest-growing coworking company on the planet, even though in 2016 they were much smaller than they are now.

Our meeting with WeWork was relevantly uneventful; however, it takes me back to a time when the sentiment about coworking in the real estate community was drastically different than it is today—a sentiment I realize we experienced first-hand in a very unique way.

Among big commercial real estate firms, our practice was the first and the preeminent team establishing ourselves as experts on flexible workspace and, specifically, coworking.

We launched our practice in 2015 and have since worked with dozens of co-working operators, countless landlords, and large corporate occupiers across the world on this very subject matter.

From 2016 to 2017, our team went on what we called “Landlord Roadshows.” These were meetings with some of the most prominent office landlords all over the country to discuss coworking. Our goal was simple: to educate landlords on the importance of incorporating coworking into their asset strategy. This led to some unforgettable meetings and experiences.

One anecdote, in particular, sums up the sentiment from landlords about coworking in 2016: We were in Chicago on one of our Landlord Roadshows. We learned firsthand that leaders from the largest landlord companies in the country were meeting regularly at the time to discuss a growing and recurring topic: Is coworking real?

They were skeptical of coworking. But still, they were watching its emergence and keeping more than a close eye on it.

For our young practice, hearing this was very validating and encouraging. We were pioneering expertise on the commercial real estate services side of the industry, while some of the most powerful people in real estate were intently getting together to talk about that very subject matter.

Of course, even though these power players were discussing coworking, it wasn’t necessarily taken seriously yet.

There was a ton of headwind from the point of view of landlords and CRE service providers. Coworking was seen as a niche property type for millennials, start-ups, and freelancers. To most people, it all seemed very bohemian. So landlords and CRE firms asked us constantly: “Why should we do business with coworking?”

We still have regular meetings with some of the largest landlords in the country, but now the conversation has shifted to, “How do we do business with coworking?” They’re more than interested now, and they want to know how to incorporate it into their properties.

Over the last four years, coworking has moved very rapidly into the mainstream of traditional corporate occupiers or office tenants. We’ve seen an incredibly rapid growth of coworking as enterprises not only embrace it as an attractive workspace solution but start to demand it. Today, that enterprise demand is fueling coworking’s growth, both in the U.S. and abroad, pushing landlords and CRE service providers to start paying attention like never before.

We’re seeing this play out in Dallas in real-time.

Consider Uber’s real estate strategy as it establishes a new office in The Epic: The rideshare firm is hiring or relocating an initial wave of 400 employees by the end of the year, all of whom will move into a coworking space while the towers are completed. Meanwhile, a Fortune 20 company has signed a 200,000-square-foot lease at VariSpace Las Colinas, a property built exclusively around the concept of flexibility.

Co-working is clearly not a fad—it’s here to stay.

With every passing quarter, more traditional corporate occupiers are demanding it.

We regularly receive calls from landlords looking to be connected with coworking operators to incorporate flex space into their assets. They’re seeking guidance on how to bring coworking into their strategy now and for the future. And our practice has never been busier discussing flexible workspace strategy with corporate tenants with large footprints of offices across the country.

That’s why we fully believe in the projected growth of flexible workspace and coworking.

Maybe we shouldn’t be surprised by the corporate world’s embrace of coworking. After all, we’re seeing the lifespans of large companies shrink.

In 1965, companies on the S&P 500 had an average tenure of 33 years. That narrowed to 20 years in 1990 and is forecast to shrink to 14 years by 2026, according to research by Innosight. Companies are also more likely to relocate than in past decades, as we’ve seen as countless corporations move into North Texas.

It’s no wonder that many companies are less inclined to do long-term, big-commitment deals when a need for short-term and flexibility fits their business case. There’s a fundamental shift in key aspects of corporate occupier real estate strategy, and it’s coinciding perfectly with the rise of co-working.

The need for flexible workspace is here to stay, and it’s only going to get bigger. In my view, it’s time for the rest of the real estate world to get on board.

Ryan Hoopes is a director in Cushman & Wakefield’s Dallas office.