Named after one of Dallas' founding fathers, The Beeman Hotel will showcase an artistic and sophisticated style inspired by the city’s creative spirit.
By  Bianca R. Montes | October 24, 2019|12:30 pm
Advertisement

A major transit-oriented development is in the works near Southern Methodist University. 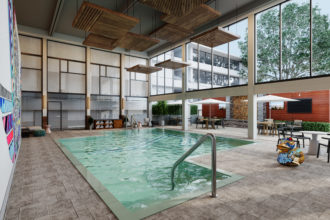 Convexity Properties, a Chicago-based real estate investor, has unveiled its plans for the extensive renovation and rebranding of the Magnolia Hotel Park Cities, which will anchor a newly formed 12-acre mixed-use development now known as Eastline that stretches from North Central Expressway to the SMU-Mockingbird rail station.

The Beeman Hotel is part of Convexity’s first phase in developing Eastline. In addition to the hotel and office buildings, Eastline also will feature a 28-story luxury apartment tower, which is currently under construction and is expected to make its debut by Q1 2021. The high-rise will have 330 units, starting at $1,750 for the smallest unit, and a rooftop swimming pool.

The project is anticipated to be completed by June 2020.

“We felt there was an opportunity to provide a proverbial nod to the entrepreneurial spirit of Dallas by naming the hotel after one of Dallas’ first settlers and to create a space that blends establishment with a bit of avant-garde,” says David Nelson, who leads Convexity Properties. “It’s designed for the traveler that wants a boutique, high-end experience but doesn’t take themselves too seriously.”

Located at 6070 North Central Expressway, the six-month construction project will enhance 297 guest rooms, introduce a café and grab-and-go market, and curate a lively lobby lounge, including a gastro-pub concept paired with live music to welcome guests and neighbors alike.

Dallas-based Yost Architects and Studio 11 Design have partnered in planning and designing the improvements. 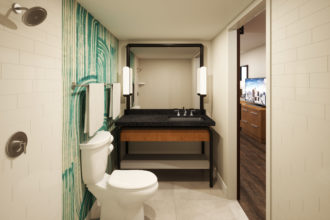 The renovated hotel will showcase an artistic and sophisticated style inspired by the city’s creative spirit, according to a release. Amenities will include 12,000 square feet of event space, a fitness center, a business center, and an indoor pool.

Convexity Properties, which has led hotel renovation projects, including the award-winning Robey Hotel in Chicago and the historic Hotel Jerome in Aspen, has hired INTRIGUETM, an independent lifestyle division of Dallas-based Interstate Hotels & Resorts, to manage the property. 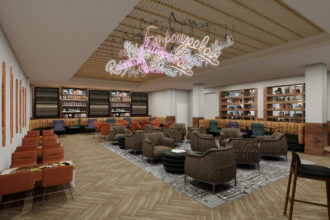 The second phase of construction is expected to begin in Q1 of 2021 to further enhance the mixed-use development.