Over the next decade, the city’s skyline changed dramatically as newly constructed, modern office buildings stretched to new heights. The downtown office expansion didn’t last long, though. The market was overbuilt, and it was widely reported that Dallas had a near 30-year supply of office space. 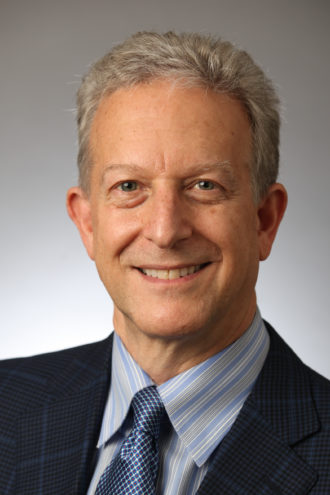 At the time, local banks were mostly downtown, and companies that did business with them wanted to office nearby. When several banks failed after the 1987 crash, many of the companies that were officed close by shuttered and/or deserted Downtown Dallas.

More than a decade after Black Monday, downtown Dallas was still primarily seen as a wasteland and a risky investment.

I lived downtown, in the penthouse of the Joule Hotel, in the 1990s and felt I had the city all to myself. At one point, I was the only person living on Main Street. Investor perception was that you could not attract tenants to the Central Business District because there was not a residential population.

The bust lasted longer than we all expected, but I knew that the commercial real estate market would see good times again.

Many institutional investors, however, continued to blacklist Dallas long after the market started to recover. For years, when I would talk with investors from other markets, like New York, they always had a story to share about losing money in the Dallas real estate market, office buildings in particular.

When the market began to stabilize, many of the older office and warehouse buildings in the downtown area were renovated, and some were converted into multifamily communities and hotels to bring new life to the area.

Westmount’s sale of the Dallas National Bank Building at 1530 Main St., which became the Joule Hotel and the conversion of Santa Fe Terminal Complex into the SoCo Urban Lofts are examples of this shift.

Though it is still a bifurcated market, the Dallas office sector has come a long way in recent years.

Downtown Dallas is benefiting from increased pricing of the Uptown office market and the recent transformation of areas close to the Central Business District, like Deep Ellum and South Dallas. With the surge in rental rates and record sales prices for buildings north of Woodall Rogers Freeway, we see development come south of the freeway including residential, office, and parking structures.

Dallasites remain very attached to their car even though the DART rail system continues to expand. As a result, those properties with (or access to) abundant parking will maintain a competitive advantage.

The economic downturn of the late 1980s also made land in Uptown cheap, creating the ideal conditions for new housing and multifamily construction in the area. By the mid-1990s, several public improvement districts were put in place to improve infrastructure and security, turning Uptown into Dallas’ first live-work-play community.

Today, demand for office space in Uptown is strong, and leases in the area are some of the highest in Dallas.

Currently, almost 90 percent of the Dallas office market is outside of downtown and Uptown. The suburban office sprawl is a distinctive trait of the D-FW region. One of the most prevalent examples of this is the Dallas North Tollway/Plano/Frisco area.

In 1979, no one could have predicted the explosive growth in the Plano and Frisco markets along the Dallas North Tollway, except maybe a few land speculators and the Perot family, who announced that year that they had purchased land to create a corporate business park and had plans to move EDS to Plano. Between 1980 and 2017, Plano and Frisco added almost 388,000 new residents and job growth in the area continues to expand right along with the population.

Much of Collin County’s growth can be attributed to corporate relocations and businesses setting up shop in the region, a trend that shows no sign of slowing down.
Plano is home to large corporations like Toyota, Capital One, Bank of America, and JC Penny; just recently, Trammell Crow announced a proposal to build a one million square foot office campus in the Legacy business park area. Frisco is also home to some well-known companies including AmerisourceBergen, T-Mobile, and The Dallas Cowboys. Recently, PGA of America announced their plans to move from Florida to Frisco.

Forty years after I moved to Dallas, the city is in an economic upswing, and we are seeing record prices for office buildings in the greater Dallas area. I’ve learned that no matter what point of the cycle we’re in, most people in commercial real estate tend to think it’s going to last forever. Having seen the Dallas market move through many cycles, I can confidently say that change is always around the corner.

Cliff Booth is the CEO of Dallas-based Westmount Realty Capital.