The major Texas cities are reporting some of their strongest economic performances ever. Overall, Texas retail markets report some of their highest occupancies ever. In previous cycles, these two factors would have led to a big jump in retail construction. 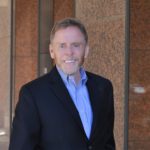 But all of our major urban areas have seen a prolonged period of slow construction, and based on our projections for new space in 2019, Austin, Dallas-Fort Worth, and Houston will see new space deliveries decline again this year. San Antonio is seeing construction increase, but even so, the deliveries of new space in the Alamo City remain very conservative.

Here are some of the key reasons for the constrained market for new space.

The four major Texas markets are projected to continue having extremely conservative construction, even for markets with healthy occupancy and strong economies.

Ian Pierce is the vice president of communications for Dallas-based Weitzman.