By the end of 2020, Downtown Dallas will no longer have a single major vacant building. 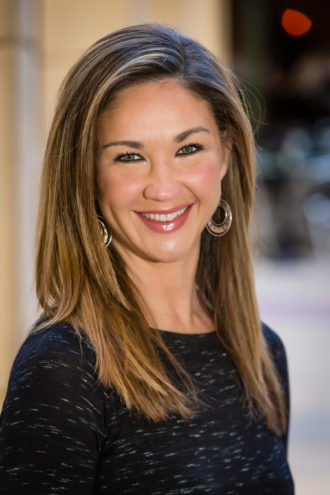 In the late 1990s, when attention of the public and private sectors turned back to Downtown with a loud call for revitalization, predicated on the fact that the city as a whole would not prosper without a strong core, our vacant building count was 42. Hundreds of boarded up storefronts and dozens of quickly deteriorating historic structures lined the streets, losing bits of our history with each failing brick.

Fast forward through two decades of redevelopment—catalyzed by public-private partnerships, the introduction of urban dwellers, the return of business, and evolution of a ‘livable’ Downtown with parks, restaurants, arts, and amenities—and our last albatross has turned. The First National Bank Tower will be lit and lively again by the end of next year.

The tower at 1401 Elm Street has been last to be revived for a reason. At one-and-a-half million feet, an entire city block between Akard, Field, Elm, and Pacific, it’s the largest in size. It’s the largest asbestos abatement project in Texas. It’s the largest tax credit project that’s ever been done in the U.S., proving up the complexities and need for “but-for” partnerships, including one of the largest City of Dallas Tax Increment Financing deals done to-date.

Reinstallation of the white marble slabs that make up the massive skirt has required the Todd Interests’ team to travel to China to ensure restoration has been done right. They also brought together a blue-chip list of financial players to this very complex and remarkable historic tax credit transaction. Berkshire Hathaway’s American Housing Partners will acquire the federal tax credits, while prolific statewide lender Stonehenge Financial assumes the statewide credits. Trusted and longtime Todd Interests’ equity partner Moriah Real Estate is at the top of the equity stack at $100 million.

What all that means is, by the end of next year, the iconic black tower with white stripes will embark on its new life as four projects in one: a 200-room flagship Thompson Hotel, apartments, creative office, and signature restaurants. Construction fencing will give way to wide, functional sidewalks on all four sides of the building and public art installations will be featured throughout the project. The vision for the First National Bank Tower re-do echoes the goals of The 360 Plan; it will not only attract more residents, jobs, and visitors, but its location is vital in connecting the Downtown neighborhoods that surround it and activating the space around the DART station that perfectly services the property.

The redevelopment of our last major vacant building in Downtown Dallas is most certainly a milestone to celebrate, but it’s not the end of the story. It will serve as a catalyst for more bold, new projects that will turn the market’s focus to complementary infill development throughout several major opportunity sites. In fact, Todd Interests will deliver a significant portion of the infill between the Dallas Farmers Market and Deep Ellum with the East Quarter, an assemblage of low-rise rehabilitation projects and mixed-use new construction development.

The AT&T Discovery District is rapidly moving toward completion early next year. Land south of City Hall has been assembled by Mike Hoque, founder of Dallas Restaurant Group and current owner of Adolphus Tower, with visions of a mixed-use innovation hub. Pacific Plaza is nearing its completion date at the end of this year, with three more parks to follow. And recent news of Ray Washburn’s purchase of The Dallas Morning News former site has infused energy in the southwest area of Downtown, which feeds right into the momentum created by the future high-speed rail station and strengthened connections to the Cedars and North Oak Cliff. The now imminent redevelopment of First National Bank Tower is a prime example of how each project is critically important in growing and connecting Downtown.

Kourtny Garrett is the CEO of Downtown Dallas Inc.