Its new regional home at Hillwood’s Circle T Ranch is still under construction, but Charles Schwab & Co. is already making a big statement in North Texas. The company stepped up to sponsor the annual PGA Tour event being held this weekend at Colonial Country Club in Fort Worth.

It’s bringing several new innovations to the tournament, now known as the Charles Schwab Challenge. Among other things, it’s awarding a 1973 Dodge Challenger “restomod” (a classic car with modern systems and features) to the winning golfer.

“We have 20 years of golf experience, and a chairman who is also engaged in golf,” said Chief Marketing Officer Andy Gill, referring to founder Charles R. Schwab, a billionaire who, at 81, still actively plays. The company opened its first Dallas branch in 1977. But with its North Texas expansion, it began looking at ways to become even more engaged in the community. At the same time, the Colonial PGA Tournament became available. 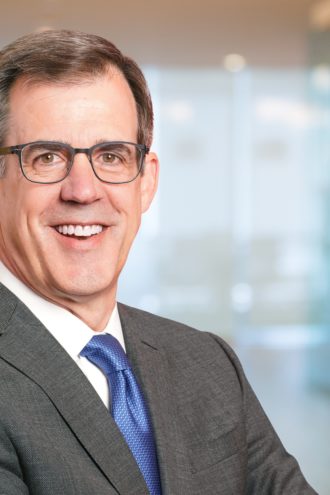 “The tournament’s focus on giving back to the community fit with our charitable interests,” Gill said. “It’s a really challenging course, and we’ve built our entire business strategy around challenging the status quo on behalf of investors. You start looking at all of those synergies, and it just became something we felt was meant to be.”

Schwab tapped restoration pro Steve Strope to build the new Challenger. “This tournament has been around for 73 years, and we were incorporated in 1973, and that became too good of an opportunity to pass up,” Gill said. “So, with the Schwab Challenge, we thought, ‘Let’s see if we can get a Challenger and create a one-of-a-kind prize.” Strope, who typically takes about a year to build his cars, finished in just three months. The interior incorporates tartan fabric in honor of the plaid jacket awarded to Colonial winners. (Jordan Spieth rocked it in 2016; currently tied for second at the end of play Saturday, he could do so again this year.)

The company also made a number of improvements for the fans, from grandstands to concessions, all aimed to enhance entertainment and engagement. In another PGA Tour first, there will be a televised moment of silence around 4 p.m., in honor of Memorial Day and U.S. military members who died while serving. 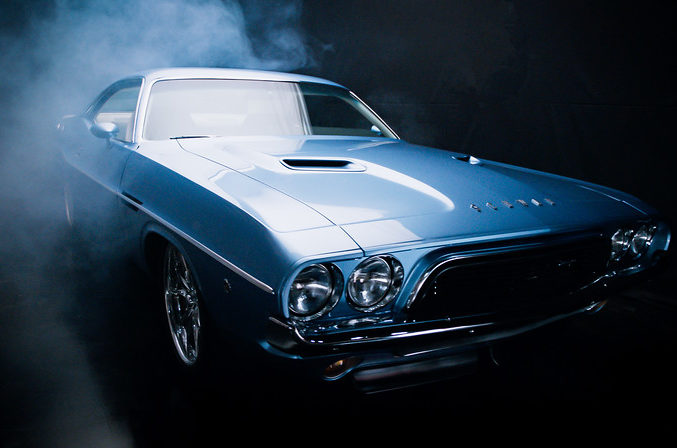 The winning golfer will win this 1973 Dodge Challenger

Charles Schwab announced its Westlake expansion in 2016. The new campus will sit near the intersection of State Highways 114 and 170. The first 500,000-square-foot phase will later this year. Construction of a second phase will begin in December; it will add two more buildings and about 617,000 square feet. When complete, it will have room to house more than 6,000 employees.

“When we started looking at where we were going to put our next campus, the thing that was most important to us was the ability to find expert people we could hire, who could be part of a culture that puts the client first and that is going to be engaged in the community. What we found in North Texas was a lot of great talent that we could attract,” Gill said, adding that the response has exceeded expectations. “That’s one of the reasons we’ve decided to go ahead and start to build phase two now. By the end of this year, Texas, as a state, will be our largest geography of anywhere we are in the country. It’s exciting, and it’s just going to continue to grow.”

Earlier this week, Charles R. Schwab himself was in town to announce a $5 million company donation to First Tee, a youth development organization. The funds will be used to support and expand the group’s programs and scholarships. “We’re very proud to be able to help First Tee expand its reach and impact here in Texas—a major home for Schwab,” said Schwab, who retired a few years back but still serves as the company’s executive chairman. “Golf has so much to offer young people: it requires discipline, is a highly social sport, and is a passion you carry with you for a lifetime.” First Tee chapters are up and running in Austin, Dallas, Fort Worth, El Paso, Houston, Tyler, Piney Woods, San Antonio, and Midland.

Gill said the company is intent on being an outstanding tournament partner and hopes to get feedback from participants and attendees. “This the first year of our four-year agreement,” he said. “We want to learn and continue to build an experience that the community really deserves.” 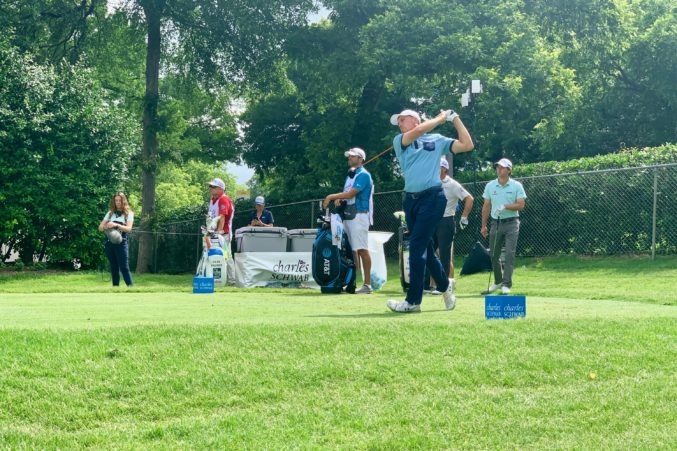 Jordan Spieth on Thursday at the 2019 Charles Schwab Challenge.