Growing up, I enjoyed helping my dad change the car oil, mowing the lawn, and going to the hardware store to get supplies to fix things around the house. I enjoyed tinkering with VCR’s and other electronics to the point that I was well-known in high school for installing my friends’ car stereos. 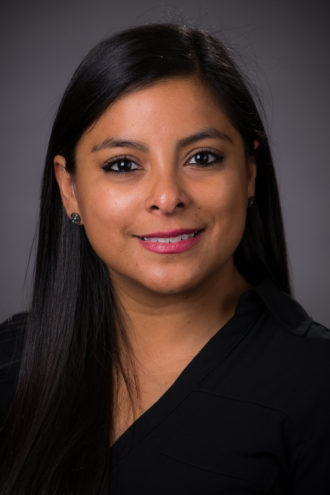 My first internship was for an agency within the U.S. Department of Transportation, there were women only in administrative roles. For my second summer internship I worked with a renowned general contractor building military housing in El Paso, Texas. With that, my construction career began, and I immediately noticed there weren’t many women in the field. In fact, there was only one. She was an assistant superintendent who had come up through the ranks from a laborer to leadman, then foreman, and finally, assistant superintendent. She earned her stripes, as they say, and she was my first mentor.

As a woman in the construction industry, mentorship has been extremely important for my career. It is hard to find role models who look like me, so most of my mentors and advocates are males who’ve been willing to teach, listen, and provide advice. I’ve been fortunate to have mentors from the vice-president level to the project-engineer level. Some of the most important advocates I’ve had in my career have been my peers.

After graduating, I spent six years building military housing projects in El Paso and Clovis, New Mexico. Then a position at McCarthy Building companies caught my eye. The company was looking for assistant superintendents to run field operations for healthcare and commercial projects in Houston. I got the job. This was a great move in my career not only because I was going to expand my construction resume, but because I was going to a new role. A role that is rarely held by a woman in the industry; McCarthy was willing to give me a chance.

I arrived at the job-site trailer for the 6:30 a.m. meeting, and I was the only female on the construction management team but realized that this was a completely different game than what I was used to.  During my first week, I was assigned to lead the field operations for the enclosure subcontractors who had been battling to not only get along with each other but to maintain a schedule. The craft workforce was 100 percent male. I was terrified and excited at the same time.

Nonetheless, I put my hard hat on and walked to the site to start working with the crews. My bilingual abilities came in extremely handy. Not only was I able to communicate with all our workforce in Spanish, but I was able to build great relationships along the way. I was up and down scaffolds daily leading our enclosure subcontractors and helping their crews move along with the schedule. I must admit, this was the greatest and most fun position I’ve had to date.

I learned that the willingness to learn from anyone is extremely important. There are so many people who have been working in construction for a long time. They are experts. Going out to the field and asking questions of the guys swinging the hammer is the best advice I’ve been given, and it has paid off.

Every day in construction is different. You may come in with a plan but there will be new surprises and challenges every day–as well as different ways to tackle them. The construction world is filled with passionate people that really love what they do. It’s not unusual to walk into the job-site trailer and hear loud conversations going on and interchanging of ideas. You realize early on you are one piece of the puzzle, and working as a team is the most important thing you do.

Throughout my career I’ve recognized that woman do provide a different perspective and thought process when tackling challenges at a job site. The diversity of thought I bring to the table has helped me immensely. We recently completed one of the largest projects I’ve been a part of, where two of my male counterparts would ask me for advice constantly. I truly enjoyed our brainstorming sessions. It didn’t matter what the issue was, each of us always had a different approach. They would invite me to their brainstorming to help them solve issues because they knew I was going to come in with something they hadn’t thought of, and vice versa, whenever I found myself running around in circles, they were my go-to. Diverse perspectives and diverse backgrounds lead to better outcomes.

The latest study by McKinsey & Co., Delivering Through Diversity, reaffirms the link between diversity and company financial outperformance. The study found that companies with greater gender diversity outperform their industry peers.  I am lucky that my company recognizes that diversity of thought leads to the development of more creative solutions to deliver an exceptional client experience. For this reason, McCarthy is a great place for me to work, learn, and be valued.

I’d like for other women to understand the opportunities that exist in the industry. The lack of women in construction is an issue that we face every day. According to the National Association of Women in Construction, females make up 47 percent of the country’s total workforce. In the construction industry, women make up only 9 percent of the workforce (including administration, human resources, and marketing), and just under three percent of them hold production roles.

Moreover, fewer men are entering the field of construction, as statistics show a steady year-over-year decline in the workforce. I am currently working on the Collin College Technical Campus which will be occupied by 5,000 students learning architecture, construction, health sciences, engineering technology, manufacturing, and energy, among other disciplines. This is an exciting project for me as I get to build a building that will impact the future of the industry in which I found my calling.

Carla Gallardo is a project manager for McCarthy Building Cos. in Dallas.

Want to Honor the Beautiful Ladies in Your Life?