Dallas interior design pioneer Katherine Berg passed away in her sleep on April 8. She struggled quietly with multiple sclerosis for years and had other ailments, but her passing came as an unexpected and painful blow for those who knew her. 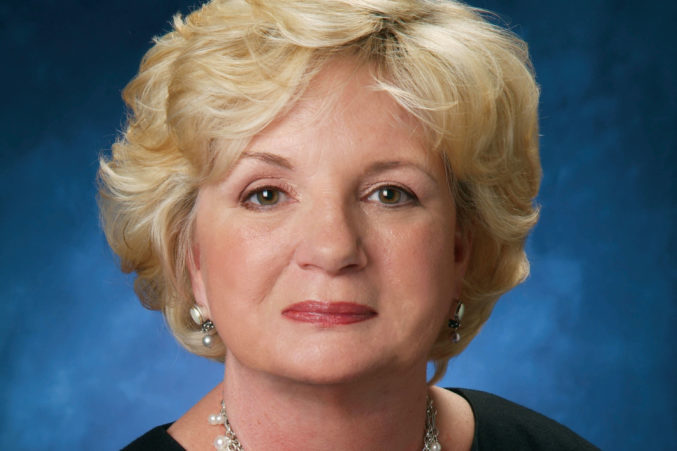 Katherine Berg, or Katie, as she was known, was one of the first woman leaders in Dallas-Fort Worth’s commercial real estate community, launching Interprise Design in 1981. “She didn’t whine about the fact that she was a woman in a man’s world, trying to do what she loved doing and be respected for it,” said Rhonda Kraft, the firm’s vice president of business development. “She just did it … and she did it without anybody telling her how.”

Before stepping down from full-time status, Berg would often walk around the Interprise office, giving design advice, life advice, or any other kind of support her tight-knit staff might need. Even young designers with little wiggle room in their budgets never had to worry about license renewal fees or being dinged for time taken off to pass certification tests, Kraft said. Berg was committed to the betterment of what she considered her family, encouraging and supporting them in their pursuits.

She was also known for her quiet generosity. Karra Guess, CFO of esrp, recalls a time when she was serving on her first board, the American Heart Association, and was tasked with raising a certain amount of money for the group. She called Berg.

Guess, who later served for several years on the Interprise board, said Berg was determined to lift up and support other women in the industry—something she didn’t have early on in her own career. She moved to Dallas from Seattle in 1981 to work on the Galleria Towers for Hines with another interior design firm.

When Berg launched her own company as a 20-something woman in the 1980s, the profession had not evolved to the level it is today. And the sexism she faced was deeply ingrained. Guess said Berg used to go to meetings with a fake business card and pretend to make calls to a male boss because no one would meet with a woman business owner. In those days, Interprise was a two-woman operation fighting an uphill battle to carve out market share.

One day, Berg’s one and only employee was at a job site consulting on the project when the construction manager grabbed her by the arm, threw her over his knee, and spanked her in front of everyone present. The employee excused herself and called Berg, who told her to come straight back to the office.

The next day, the developer called Berg. “Are we going to be sued?” Berg replied, “You know, I really don’t know what [the employee] plans to do.” The construction manager quickly lost his job.

Berg would often share this story throughout the years to teach women on her staff how to handle harassment; she empowered them to leave or avoid job sites where they felt the situation was threatening, without the need to explain why. Former employees remain close, Kraft said: “I’ve been watching her Facebook page … just to see all the sweet things that people have said. And a lot of them have reiterated her role in paving the way for other women in commercial interior design.”

Despite the odds against her, Berg’s business quickly grew and became a go-to choice for both tenants and owners of North Texas office properties. In 2011, after 30 years at the helm of Interprise, Berg made a decision to retire; she opted to sell the company to her employees as a way to reward them.

“There’s only around 30 of us here. So, it’s kind of unusual to have an employee-owned company that’s so small,” Kraft said. “We feel very fortunate to have had her go that direction and be so generous and her thinking about us.”

Since 2017, Interprise has been under the leadership of Karyn Martin, president and COO, and it continues to thrive. Kraft said Berg’s impact will live on: “We feel like a little bit of our heartbeat stopped. We’ll still be fine. We’ll carry on. Her legacy will remain safe, and reliable, and successful.”