Leasing has opened up for a new 17-story luxury residential tower at The Star in Frisco. The project is a joint venture between multifamily developer (and former Dallas Cowboys center) Robert Shaw, his old teammate and commercial real estate icon Roger Staubach, and Cowboys owner Jerry Jones and his family.

“We want the people living there to be involved in the very fabric of what the Cowboys  have been and what they’re going to be in the days ahead beginning with the opening of Twelve,” said Jerry Jones Sr. in a statement. 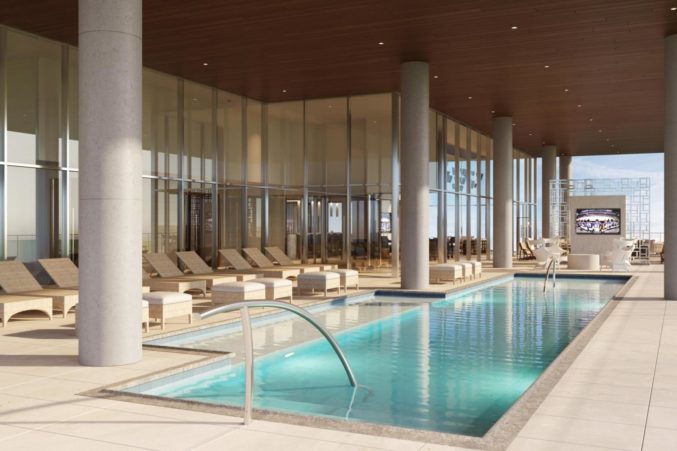 Amenities will include a covered pool, quartz countertops, membership in the Cowboys Clubs and Cowboys Fit, floor-to-ceiling windows, and designated days to watch the Dallas Cowboys practice.

“Twelve will have some of the most impressive architecture this city has seen,” said Charlotte Jones Anderson. “Everything from the grand porte-cochère as you enter to the beautiful, covered pool on the sixth floor have been designed with the intention to ensure our residents are getting The Star lifestyle.”

Earlier this year, the Joneses launched their own coworking concept at The Star.