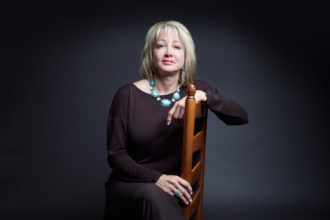 If you want to win big in the war for talent, you have to be able to attract and retain the best talent. Well-resourced tech companies are now seeking talent like never before— seeking to attract the top tech prospects and engineers and recruiting heavily out of Stanford, Berkeley, Carnegie Mellon, and MIT. The truly “smart kids” have noticed this trend with more Harvard Business School grads going into technology than into banking for the first time since the Dot-Com era.

The war for talent is very real.

The millennial generation has changed all perspectives about workforce. Millennials make their preferences clear: 88 percent say they want to live in an urban environment within a short distance of their jobs. 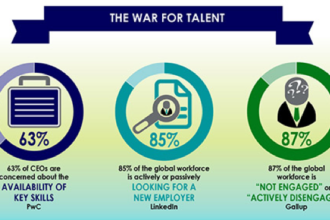 And the C-Suite should be concerned — according a LinkedIn talent blog, 85 percent of the global workforce is actively or passively looking for a new employer.

When C-suite executives are asked what keeps them up at night, all of them answer: “Hiring the next generation of leaders.” So, for employers, the future of their organizations depends a lot upon the location of the real estate they select because, for the foreseeable future, they know they will be competing for quality employees.

Cost of the Battle for Talent?

In a zero-sum game, employers who need to add qualified employees to survive or grow would have to steal them from their competition. A zero-sum game changes everything because it shifts the power in the hiring relationship from employer to employee. To compound the situation, in five years, 75 million Baby-Boomers will be over 55. As they bail out of the workforce, there just aren’t going to be enough qualified entrants from the baby-bust generation to replace them.  So, what should communities be doing today?

After living in France, Germany, and South Korea early in his career, Ukrainian-born physicist Anatoliy Glushchenko, Ph.D. noticed that cities and countries either overproduce or underproduce technical talent. His proposition was simple: A universal, age-appropriate physics curriculum that begins in fifth grade or sixth grade is the primary factor that separates places that overproduce technical talent from those that underproduce technical talent. The under-producers wait until later in high school and sometimes make physics an elective. It turns out, if you start teaching physics in middle school, it completely rewires the student’s brain for complex, analytical thinking and drives a student’s success metrics higher across all subjects.

Physics is the fundamental science discipline that describes how the world works. Whether a student goes on to become an engineer or a musician, the end game is the same. Studying physics at an early age develops critical thinkers who can internalize and process complex ideas as they advance in life. Most young brains are uniquely curious and eager to learn up until around fifth grade. Waiting to offer physics until the 12th grade chokes off interest in STEM fields and drives the sky-high attrition rate of freshman STEM majors.

Why is a community’s focus on developing STEM talent becoming so important? Because competing for quality STEM talent is becoming more and more challenging throughout the U.S.

Employers are now competing and creating new ways to bolster employee attraction and retention, such as hiring “transferrable talent,” where employees are hired for a position that doesn’t even exist. Companies will hire first and figure out jobs for recruits later. In competing for college recruits, companies like Facebook and Google are making offers without having a particular job waiting — or even a starting salary in mind.

In competing for college recruits, companies will hire first and figure out jobs for recruits later.

Recruiters say that so-called “transferrable or program hiring” helps companies secure promising talent ahead of their competitors. By identifying a person’s transferrable talent, such as problem-solving or analytical ability, the employer can then find a job that puts those talents to the test. As businesses seek workers who can adapt to ever-changing technology shifts, companies are recruiting for innate abilities, such as high motivation, rather than skills applicable to a particular job, and they’re focusing on a candidate’s raw talent, not the job duties. Intuit brings on about 200 new graduates annually in its hiring program, which commenced several years ago. This is designed to align the hire’s interests and talents with an available position. Teams that help with college campus recruiting know that they often get the first shot at new hires.

Everyone knows that in the U.S. we are facing a chronic shortage of qualified workers, and this fact is going to cause most employers to rethink their business models and their locations. As a result, location will become a critical factor. Retention will become defined by compensation, culture, and creating a positive work environment that is reflected in a company’s location, its “sense of place.”

In order to remain competitive, companies will have to find ways to redesign their space to reduce occupancy costs because the requirement to select higher-profile locations where employees want to work is typically where rental rates are significantly increasing. Additionally, economists all agree that wages will be increasing in most markets in the coming months, especially for STEM talent. Employees have had little negotiating power with wages for a long time, but that is about to change. As a result, employers are going to need to be prepared to anticipate the competition for employees, increase wages, recruit nationally, and utilize local site selection strategies to attract the desired talent. It will be critical to create a desirable workplace environment and corporate culture for long-term sustainability in what has become a highly competitive labor market.

Susan Arledge is president of site selection and analytics at ESRP Real Estate.