With 2018 in the rearview mirror and the first quarter of 2019 upon us, the most popular question asked of our team continues to be: “How much runway is left in this cycle?” I will answer this question the exact same way we answered it at this time last year: we honestly don’t know. However, as we stated last year (and likely the year before), the fundamentals in the Dallas-Fort Worth office market continue to be healthy, with demand keeping up with or exceeding new supply and providing positive leasing activity (and thus, future absorption).

I have referred to the performance of this cycle as “the new normal” many times, and for good reason. DFW’s job and population growth, relative affordability, diversified economy, business-friendly climate, and central location will continue to lay the groundwork for healthy real estate gains. That said, as we look at 2019, let’s take a deeper look at a few key metrics: supply and demand, rental rate and vacancy performance, capital markets activity, and finally, trends shaping the market in the years to come. 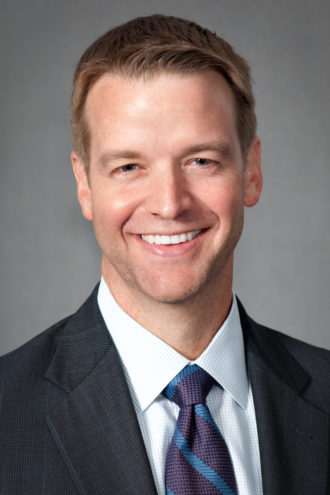 SUPPLY AND DEMAND
As I mentioned previously, DFW’s supply and demand numbers are in check. North Texas finished 2018 with 4.65 million square feet of positive net absorption, right in line with 2015 and 2017, the healthiest totals of this cycle. The market is currently seeing tempered amounts of new development, be it speculative or build-to-suit. In fact, DFW is at its lowest level of new construction (4.9 million square feet) since 2012. And of that total, 60 percent is speculative development and 40 percent is new build-to-suit projects; combined they are 60 percent pre-leased.

When you look at those totals next to the market’s continued robust absorption, job creation and general population growth, the outlook is positive. As has been the case throughout this cycle, the three submarkets accounting for the majority of new development are Uptown, Upper Tollway, and Las Colinas. Of these three, Las Colinas bears watching the closest, as much of the development has been in Cypress Waters, and a large portion of its absorption has come from relocations within the submarket, leaving large blocks of second-generation space behind.

RENTAL RATE , VACANCY PERFORMANCE
The fourth quarter of 2018 saw market-wide vacancy decrease from 15.5 percent to 15.2 percent and rental rates climb slightly from $30.29 per square foot, full-service, in the third quarter to $30.41 per square foot in the fourth quarter. Look for vacancy rates to gradually decline below 15 percent as a result of the slowdown in new construction. There are not many large consolidations (like JP Morgan was) on the horizon, and current leasing activity continues to be robust. We feel that rates will remain steady and maybe even grow slightly, but not as much as they did between 2012 and 2017.

We track rental rates based upon the weighted average of rates for available space. Given that most absorption has occurred within the Class A sector, there is less Class A space available, and thus the weighted average of all rental rates doesn’t increase as much as one might think. All that said, more of a “plateauing” or slow increase in rates in this case is a healthy thing, especially when looking at this cycle’s performance in comparison to that of many past cycles.

CAPITAL MARKETS ACTIVITY
One of the most interesting situations in the market is the overall state of the capital markets. The amount of equity that needs to be placed in the real estate market sits at record levels, and building owners in many of DFW’s submarkets want to monetize the investments they made three to five-plus years ago; however, they are having a hard time selling their properties at a current fair market value. The reason is that it is becoming increasingly difficult for new capital (given where most feel we are in the cycle) to underwrite the returns they are seeking for these new investments.

We have seen many owners try to sell at reasonable cap rates but are forced to try to refinance when they cannot achieve the numbers they are seeking. The exception to this is that there are still many investors willing to pay a fair market price for properties in “core” submarkets (Uptown, Preston Center, Legacy, and the Arts District), which offer core or core-plus returns. Finally, in the big picture, we will also have to keep an eye on increasing interest rates, inflation, and the ripple effect it may have on the real estate market.

TRENDS IN 2019
A major trend we saw in 2017 and 2018 was a flight to quality among office tenants seeking new space. Nearly all the 4.65 million square feet of positive absorption last year occurred in Class A properties. One might think that with all-time high rental rates, tenants would be seeking value alternatives, but that just hasn’t been the case. Our thesis is, with unemployment at all-time lows (closing in on 3 percent), companies will continue to want to be in high-quality, well-located buildings with both on-site and walkable amenities for their employees to enjoy.

Human resources directors continue to influence a company’s real estate decision-making, as the cost for talent far outweighs the cost for real estate. Also, a not-yet-studied residual effect of this trend may be that we begin to see companies gradually becoming less dense in their office space layout requirements. Studies show that employees need more space to think, create, and collaborate than many companies have allowed the past few years. We’re excited to follow this trend in the years to come.

The one constant in any market and in any economy is change. Real estate cycles are going to ebb and flow; it’s not a matter of if, but when and how much.  But whatever comes our way, one thing is certain: The long-term future of the commercial real estate market in DFW is bright.

JJ Leonard is a managing director at Stream Realty Partners.