Economic expansion in major urban areas has created a housing crisis – we need more housing product built close to jobs or else prices for the limited supply available will continue to climb higher. Simultaneously, developers have become restricted by expensive land, time-consuming regulatory processes, and climbing material and labor prices. Often, the result of this pressure for mass production is architectural mediocrity— the McMansions of apartments that look like they fit in anywhere: boxy, ugly, and flat. Last month, D‘s Peter Simek wrote about exactly that.

I implore the architectural critics to give it time. Just as industrialization and the post-World War II booms created significant shifts in housing needs, a similar adjustment is taking place today. The last six years of construction have responded to lifestyle shifts in the two biggest population groups in the United States—retiring baby boomers and workforce-aged millennials.

The new construction of this decade must strike a balance between the glamour and luxury of “starchitecture” and the practicality of building modest homes for people to live close to their jobs, if they choose. While we may cringe at the architecture in the latter category, let’s also celebrate that it is this density that lays the groundwork for a better city in the decades to come. 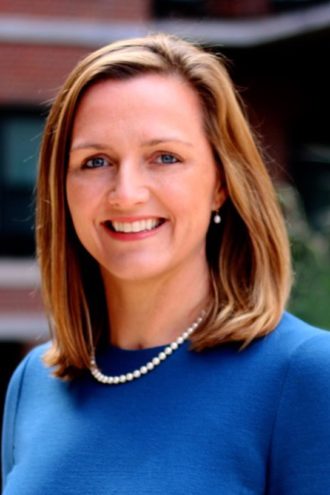 Density begets more successful public and private investment, such as retail, transit options, and schools. Density reduces the need for automobiles and, in turn, reduces traffic. Density also creates opportunities for better architecture in the future. Increased demand to be in a place creates value in neighborhoods, which justifies investment in better design and materials for future projects. When density meets demand, it can make neighborhoods more affordable for people to live in, while also promoting value for the community.

There are many paths to successfully incorporating density. One of the most effective has been the establishment of public improvement districts like Uptown. The Uptown Dallas district, which is just one square mile, was established 25 years ago by property owners who recognized that shared investment in the public realm would result in improved quality of life. Over the course of 25 years, the Uptown neighborhood has increased in value from $500 million in 1995 to over $5 billion today. The organization–and the property owners who have volunteered their time–has played a big role in the success of the neighborhood and is investing heavily in addressing the impacts of density: in safety and cleanliness, in replacing trees in the right of way, in the McKinney Avenue trolley, in public art to add cultural vibrancy to the neighborhood, in its schools, and initiatives to improve walkability by reducing traffic and the pressure of cars.

If the city as a whole is to manage density well, a host of local stakeholders must lean in: property owners, design professionals, and city staff and officials.

In the meantime, while we develop density, we should encourage a more thoughtfully designed public infrastructure as the framework for future improvement through simple initiatives such as maintaining appropriately sized sidewalks; creating engaging building façades at street level; planting trees that will mature into a shady canopy; and adjusting streets so that they can accommodate the balance between pedestrians, cars, and other modes of transportation.

Bad streetscape design is hard to undo – narrow sidewalks and setbacks can make entire neighborhoods feel less walkable and inviting for generations, and lesser architecture can be less conspicuous when it blends into a good streetscape.

It’s easy to take a snapshot of the city and complain about the architecture. But as we balance the priorities of building modestly priced housing for people and a city that thrives for generations to come, let’s encourage the regulatory environment to focus on getting the foundation right, so that we can deliver housing product in the right locations and add long-term value to our city and the communities in which people live. Great streets and sidewalks bring neighbors together, support merchants, and form communities. You must crawl before you walk and walk before you run. The creation of humble housing is a necessary stage in the evolution of a healthy city.

Katy Slade is the principal and founder of Mintwood Real Estate.