At more than 25 million square feet, Dallas-Fort Worth has more industrial real estate under construction than any other city or region in the country, according to second quarter research by Transwestern. In order, the regions with the next largest amount of under-construction space are Southern California’s Inland Empire (19 million square feet), Tampa (18 million), Atlanta (14 million), and Houston (12 million).

Locally, that construction is predominantly seen in South Dallas, where vacancy remains higher than average, but developers keep flocking to build more warehouses because of high tenant demand, great highway access, and low barriers to entry. 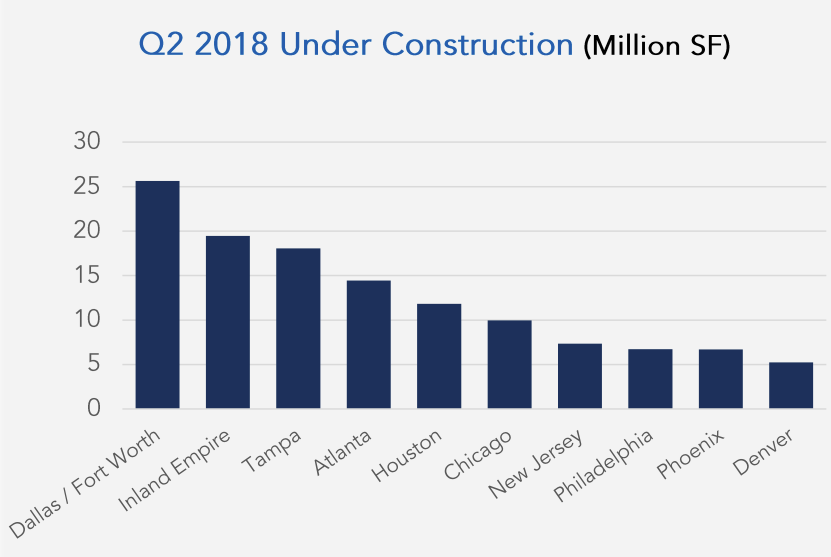 Very few markets have seen negative absorption in the 12 months, but the ones that have include Long Island, East Bay/Oakland, Pittsburg, and Washington, D.C.