CRE Opinion: How DFW Can Become the Next Mega-City

North Texas has experienced unprecedented economic, real estate, and demographic growth over the last decade. For the last year or two, professional and amateur prognosticators have continued to try and answer the question, “What inning are we in?” I think we can all agree it’s pretty annoying by now!

But what if this is the new normal? Has the region’s persistent growth and ability to absorb new office product through this latest cycle moved the goal posts? Has the consolidation of corporate America looked to Dallas as the shining city on the hill (well maybe not literally—it’s kind of flat around here) or is this just a moment in time? 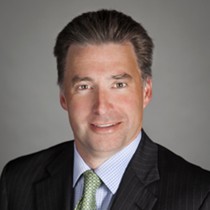 Dallas-Fort Worth developers and landlords have continued to be able to find tenants to absorb new product and second-generation space, and businesses continue to relocate, expand, or grow within the region. Despite a 21.2 percent quarterly decline in DFW leasing activity in the third quarter of 2017, total leasing over the last four quarters is still in line with the long-term market average. The region’s overall office availability rate over the last 12 months has gone up less than 2 percent, notwithstanding an increase of nearly 10 million square feet in inventory.

Denton and Collin counties saw a 20 percent explosion in population between 2010 and 2016, according to U.S. Census Bureau data. While we have already seen a 20.3 percent increase in job growth over the last 5 years, including the relocation of companies like Toyota, Liberty Mutual, and State Farm to the area, Oxford Economics forecasted in 2017 that Denton and Collin counties will lead the U.S. in economic growth between 2017 and 2021.

UTA President Vistasp Karbhari recently commented that DFW will reach mega-city status very quickly, and has been working in his position to make an impact on how Dallas prepares for this ascension. Given the aforementioned statistics, I agree with Mr. Karbhari’s assessment and believe that real estate decision makers should consider these expectations when advising clients, colleagues, and public officials.

But where can we look for guidance on what DFW may become?

With each possessing an urban area of over 10 million residents, Los Angeles and New York City are the only U.S. cities ranked as mega-cities. Based on geography, demographics, and economic and development history, Southern California may be the best region to examine for determining if North Texas is on the way up mega-city status—and how to prepare.

In 1950, Dallas was not one of the top 10 largest U.S. urban areas by population, but climbed to No. 6 by 2010 and is expected to ascend to 5 by 2030. In 1900, Los Angeles ranked 36 by urban area in the U.S. but reached 4 by 1950. Over the 20th century Los Angeles’s aerospace, entertainment, and tourism industries first boomed, later joined by manufacturing, biomedical services, banking, and finance as the region’s cityscape and population grew. Since 1950, the DFW region has continued to see its urban sprawl and population expand while supporting growing telecom, business management, data center, and engineering industries, as well as a vibrant tech and financial sector supported by high-skilled workers and creative professionals.

Compared to older metro areas, both Los Angeles and DFW were known for a more entrepreneurial spirit, lower construction costs, and a business friendly regulatory environment during each city’s boom cycle. Today, both cities rank in the top 5 nationally for U.S. cities with the most small businesses and U.S. metro areas with the highest number of Fortune 1000 companies. Los Angeles and DFW are similarly car centric in their urban design, with limited natural impediments to growth or productivity. Both regions feature sprawling cityscapes in which significant office submarkets have emerged as the region has evolved—such as Irvine and Plano.

If we accept that DFW is on pace to achieve mega-city status similar to Los Angeles, how can we most effectively drive development?

To really make a difference, private entrepreneurs and civic entrepreneurs need to match projects to specific circumstances. An effective starting point is to break cities into four segments across two distinctions: legacy vs. new cities, and developed vs. emerging economies.

Of Macomber’s classifications, I believe DFW falls under the rare Developed Economy, New City segment. DFW has an existing infrastructure and economic base, but has recently experienced a high influx of population and businesses growth, major new developments built outside of the urban core, and is often in fierce competition to attract top talent and jobs away from other markets. For this type of city, Macomber recommends that city leaders focus on hard infrastructure that reduce costs for companies and soft infrastructure that positions the city high on quality-of-life metrics. For entrepreneurs, he recommends they work with city leaders on services that are important to knowledge workers, and help build the city’s brand.

Several initiatives immediately come to mind to apply these recommendations to DFW. As I have written in D CEO before, its key that public and private sector leaders identify infrastructure solutions to ease commutes to and from Collin County. While we lack the Pacific Ocean proximity of our potential mega-city mentor, we should closely consider man-made soft infrastructure projects to improve quality-of-life, such as current discussions involving Trinity Park. In consideration of what entrepreneurs can do to help build DFW’s brand, I again look to our U.S. peers already at mega-city status, and specifically the reasons why some of their residents are migrating to DFW.

A report in The Orange County Register last March titled “Why some people are fleeing Southern California,” found that residents transplanting to markets like DFW often identify housing costs, taxes, less congestion, family ties, or a more conservative environment as luring them out of Southern California. It seems that the most objective way to respond to those findings would be for community leaders and real estate professionals to: (1) closely monitor and support well thought out multifamily development that maintains the region’s housing cost advantage and congenial atmosphere and (2) remain mindful of the reasons why transplants are attracted to our region and make workplace decisions that cut down on employee commute times and make it easier to work remotely.

Community is ultimately our brand, and cannot be fumbled as we continue to drive to mega-city status. As I’m working on this, I finished meetings with CFOs of two major corporations outside of Dallas that are considering moving major installations here. All stated high taxes, over-regulation, and a culture that stifles business innovation as the determining factors. As our new friends and colleagues join us in DFW let’s all try and remember why it works here and why it can continue to work. If we don’t want “there” to become “here”, leave “there” behind.